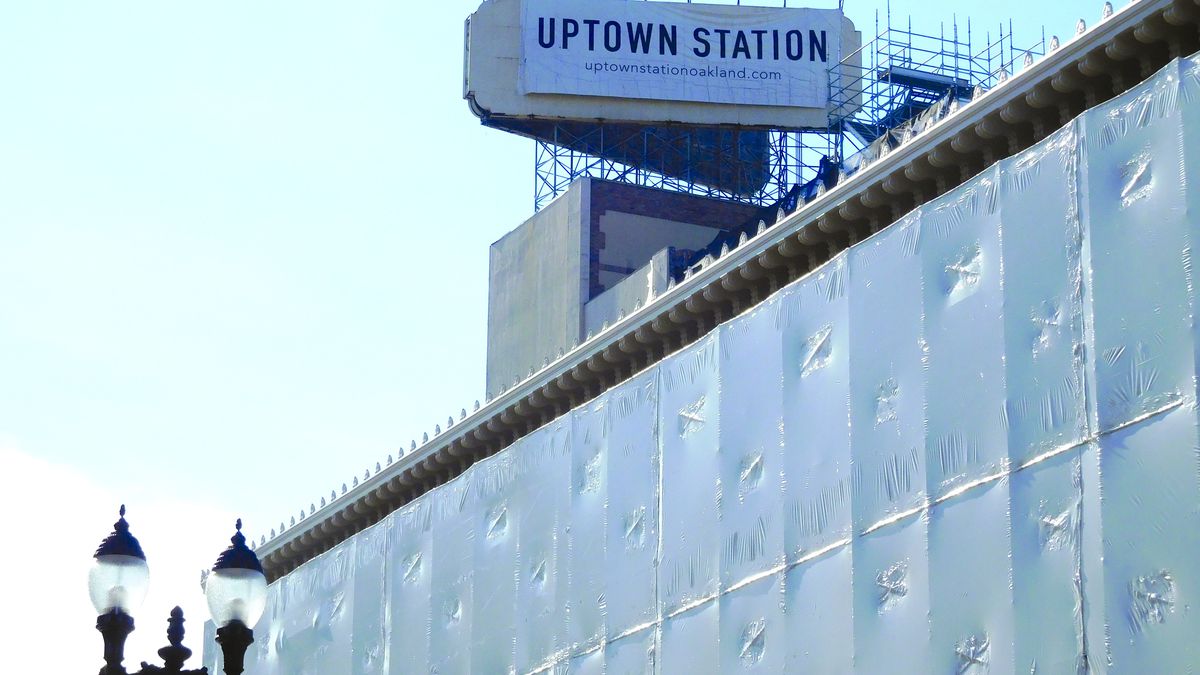 Gentrification Station: Why Oakland Still Says NO to Uber

By Orson Aguilar
Jun 6, 2017
As Oakland struggles with gentrification and displacement, we’re about to get a new neighbor that will only make things worse. Yes, Uber is still coming to Oakland, part of a tech wave that’s already ripping apart the fabric of this historically diverse, working-class city. But there’s still time to stem the damage — if we don’t let ourselves get lulled into a false sense of security by recent announcements that the company will move in more slowly than originally planned.

That’s why The Greenlining Institute has joined with other community groups and leaders to launch No Uber Oakland, and why we hope you will join us.

I will spare you a long recitation of Uber’s misdeeds. Others, including the president of the Express, have written at length about Uber’s record of ignoring rules and laws, creating a work atmosphere rife with sexual harassment, cheating drivers, undermining public transit, cozying up to Donald Trump (until the #deleteuber campaign forced a hasty retreat), and more. Suffice it to say that no one seriously believes Uber is a good fit with Oakland’s values.

Meanwhile, skyrocketing housing prices and commercial rents threaten the very fabric of our city. You can see it everywhere, from the growing homeless population to nonprofit community and arts groups struggling to maintain a home in an increasingly unaffordable Oakland.

Although Uber now says it will only bring in a couple hundred employees right away, many more are almost certainly coming. Meanwhile, Uber’s plans for the former Sears building make it clear that the company is catering to wealthy tech firms that will accelerate our gentrification crisis. They’ve dubbed the building Uptown Station, but a glance at Uber’s promotion of the space suggests it would be better named Gentrification Station.

We say, loudly and unequivocally, no — no to Uber coming into Oakland unless the company makes serious changes.

What does that mean? It means Uber must commit to working with its new Oakland neighbors to preserve and enhance Oakland as a diverse and vibrant community for people of all income levels. It means hiring and training Oakland residents for those high-paying tech jobs. It means contracting with local businesses — including small and minority-owned firms — for the goods and services they’ll inevitably buy. It means treating its drivers with dignity, including a living wage and employee protections.

And it means Uber must make a real effort to help solve Oakland’s affordability crisis, rather than making it worse. The company must get serious about helping to preserve and create affordable housing and affordable workspaces for nonprofits, artists and arts organizations. Space doesn’t allow me to lay out our full, 10-point platform, but you can read it in full here.

Uber can start by making sure Uptown Station does not become Gentrification Station. When Greenlining moved into our newly renovated building on 14th Street, we set aside nearly one quarter of the space to provide long-term, affordable office space for local nonprofits. We regularly make meeting rooms available to community groups at no cost. I say that not to tout my own organization, but to point out that if a smallish nonprofit can do this, a huge, wealthy corporation like Uber can do much more – if it chooses to.

The city of Oakland has a role to play as well. We need our city government to take a strong stand and create meaningful standards for all large corporations coming to our city to ensure that these wealthy new neighbors strengthen the fabric of our community rather than weaken it.

We invite you to join us. Please visit No Uber Oakland to learn more and join our campaign.

Orson Aguilar is president of The Greenlining Institute.