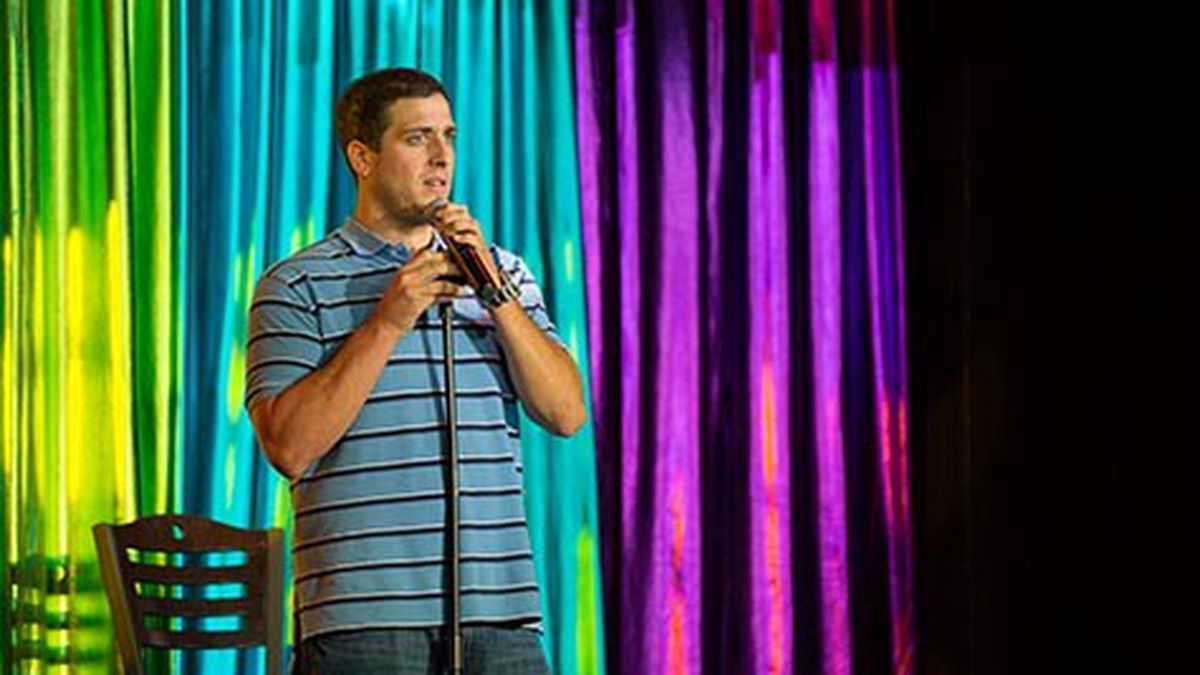 When Kurt Weitzmann first started doing stand-up comedy in 1986, he didn’t know any mainstream queer comedians who were out of the closet. “There was no such thing as gay comedy, or a gay comic,” said Weitzmann, an openly gay comedian based in San Francisco. Not only was there a lack of out performers, but homophobic jokes in stand-up comedy were hard to avoid and often alienated LGBT crowds, he said.

That dynamic has, of course, changed, especially in the Bay Area where there are now numerous stand-up events that celebrate queer comedians, and where venues are more reluctant to book acts that aren’t queer-friendly, Weitzmann said. That’s especially true at Club 21 (2111 Franklin St.), the gay dance club and bar in Uptown Oakland, which is now hosting a weekly comedy night called Funny Fun, featuring both queer and straight comedians.

“It’s nice to perform in a gay club where you do get to bring out all of your jokes,” said Weitzmann, who has done two sets at Club 21 since Funny Fun launched in July. “No one is going to roll their eyes at you for doing another half hour of jokes about the gay lifestyle. It is really a safe haven in that sense.”

Funny Fun is the brainchild of Dan Mires, a Pittsburgh-based comedian who produces a number of regular comedy shows in the Bay Area under the name Mires Like Fires. The venue, one of the largest gay bars in the East Bay, can seat about a hundred people, and features a giant stage and dance floor, which provide a fitting setting for a comedy show.

Every Thursday night at 8 p.m., Mires hosts a traditional comedy club-style stand-up night ($10 cover, no drink minimum). He typically warms up the crowd and then brings in one or two featured comics who do short acts, followed by a headliner who does a 45-minute set. Most of the comics so far have all been Bay Area-based, but he’s hoping to recruit touring comedians as well.

Club 21 hosts a number of themed weekly events and has, for some time, been looking to fill Thursday nights with comedy, said Mires. After a mutual friend connected him to the owners — who also run the long-standing LGBT nightclub Bench and Bar, now on 17th Street — Mires knew it was a good match.

“It’s a really impressive stage, and it seemed like a fun challenge,” said Mires, noting that the space is much more conducive to comedy than the bars that typically host stand-up nights. “The East Bay has a lot of comedy … but a lot of people are putting on shows in these small little bars and cafes, and you never know what you’re going to get.”

On Thursday nights, Club 21 looks more like a comedy club than a dance club, and the crowds generally show up to see stand-up, said Mires, who also puts on regular comedy shows in Concord, San Ramon, Walnut Creek, and Napa. “Everyone at the show is there for the show.”

That’s different, he noted, from the uncomfortable bar gig where “you kind of have to hijack the audience because you’re showing up to a place where a lot of people didn’t even know there would be comedy that night.”

Mires said his goal is to also to put on a professional show with a headliner that’s higher quality than some hit-or-miss, open mic stand-up events that are common across the Bay Area.

“It’s not this long showcase where you see eight or nine comedians,” said Jabari Davis, who recently moved from the Bay Area to New York City, and has performed two Funny Fun sets. “You get a real show. People are getting a chance to see a club format.”

And with this kind of structure, comics really step up their game, Davis said. “There’s only three of us. We all have to do well. … It’s a show for the pros and the veteran pros.”

Unlike San Francisco, Oakland doesn’t have any clubs dedicated to stand-up comedy, which is another reason Funny Fun has a lot of potential to draw big audiences. Last week, the crowd was fairly light — at about a quarter of the venue’s capacity. The audience was small enough that the very funny headliner Sampson McCormick, a gay, Oakland-based comic, was able to individually interrogate every single patron about his or her sexual orientation and relationship status.

Davis noted that between his first Club 21 gig in July — the third-ever Funny Fun — and his second one in August, which he headlined, the crowd grew substantially. “It’s fucking amazing. The energy is unreal.” And in the East Bay, he continued, there’s a demand for this type of show: “No one is doing this. … Oakland is like wide-open terrain.”

In the two months since Funny Fun launched, Mires, who is straight, has brought in a diverse roster of headliners — more than half of who are LGBT and about half who are people of color. Headlining Funny Fun this Thursday is Kaseem Bentley, a black, San Francisco-based comedian and self-described “insult comic” who works at the Punch Line Comedy Club.

Mires said he is not trying to put on a show that exclusively features queer comics, but he does want Funny Fun to be an inclusive event.

“It’s the kind of comedy that brings everybody together,” he said. “I want every kind of performer in the show and every kind of person in the audience.” Most importantly, he said, it’s about choosing talented comics: “If I know they are funny, they can be on the show.”

And straight and gay comedians alike enjoy doing stand-up at an LGBT nightclub, Mires added: “They want a stage, and they want a crowd.”

During his recent set, after walking through the audience, McCormick commented on the diversity of the group: “I love it! We got black people, we got white people, gay, straight. … Y’all is beautiful!”

Weitzmann, too, said it’s nice to have an audience that is not so homogenous, especially relative to the San Francisco comedy scene, which often lacks diversity. “It’s getting pretty darn white over here.” At Club 21, he said, “It was so wonderful to have a diverse crowd.”

And as some San Francisco comedy venues struggle financially, Weitzmann noted that he is seeing more of the Bay Area scene shift to the East Bay: “It’s like a comedy renaissance.”