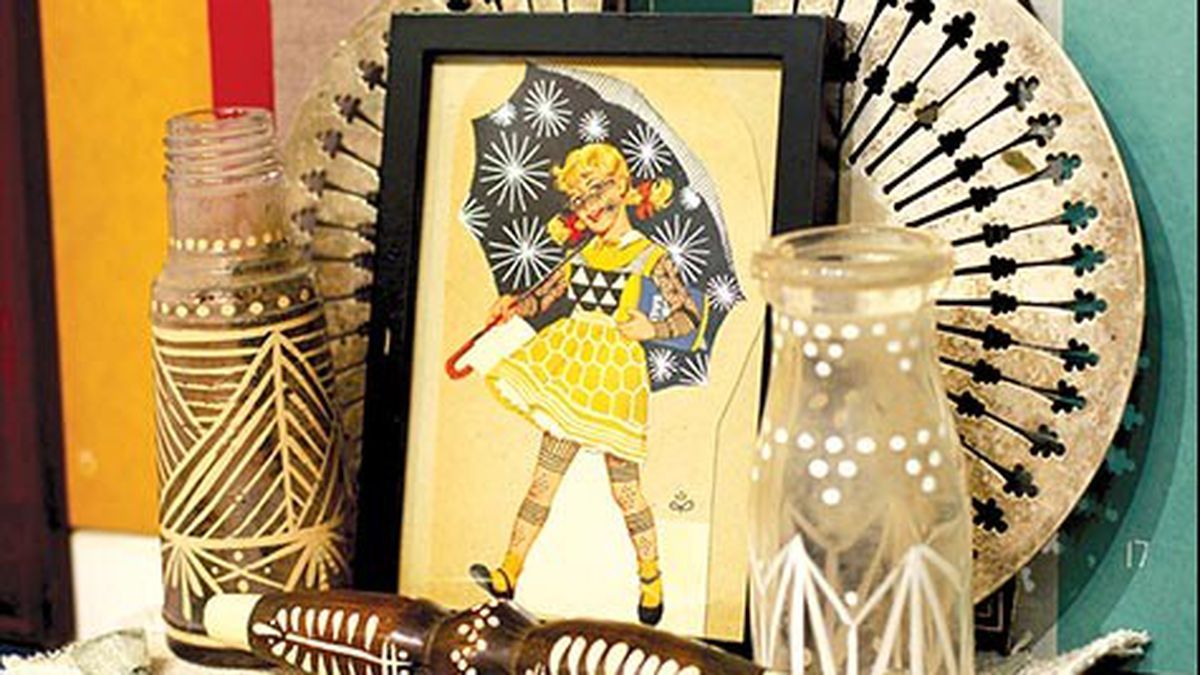 Catch one of her instinctive and immersive installations at Redux Studios and Gallery.

Lauren Napolitano is a collector of experiences. But rather than taking photographs or writing in a journal, she remembers through objects. And with those objects she builds memory spaces — personalized environments in which the past collides with the present, lifting the veil of temporality in a way that hints at the existence of a collective consciousness. But her tendency to collect is rivaled by her desire for a nomadic lifestyle. For the past year, she has been running from rent lords (by choice), traveling around, staying with friends, and living off her art alone. But when she is given the opportunity, she transforms space with her personalized objects, composing them into elaborate installations.

Napolitano recently installed one of these immersive artworks inside of Redux Studios and Gallery (2315 Lincoln Ave., Alameda), a space dedicated to selling merchandise and showing art made from recycled materials. St. Vincent de Paul, a nonprofit that maintains a large thrift store (along with many other initiatives), runs the gallery. Redux offered Napolitano a three-month artist’s residency, but without the residence. Instead of a studio, the organization gave her access to its collections center, so she could rummage through the donations and take whatever objects called out to her. The culmination of the non-residency is a solo show of her work made from found and modified objects entitled Loyal.

In an interview, Napolitano explained that she often happens upon an object that she is drawn to, then seeks out others like it to form a collection. This particular installation involved book covers, large vintage light bulbs, old photos, dolls, and other trinkets. Once she has collected them, she personalizes them by painting them with compositions of patterns, often focused around other subjects, such as hands or moths. The patterns she creates are reminiscent of decorative arts from indigenous cultures, particularly Mexican folk art.

Napolitano is indeed part Mexican, but she didn’t realize that her work reflected her heritage until she visited Mexico recently. “I saw all the basketwork, the pottery work, and all that, and it was already so present in what I was doing. It was really cool to see that it was sort of inline with my bloodline,” she said. The patterns are thus simultaneously her own, and not. Just like the objects that she paints on, they possess an ambiguous lineage. Although she is a collector, she never makes any of the objects she collects fully hers. She accumulates them, personalizes them, scatters them around, or builds them into installations for others to enjoy, and then moves on.

Loyal is simultaneously personal and universal. The appeal of Napolitano’s work, which lies in the symmetry of her compositions, the imperfections of her line work, and the worn, aged feel of her found objects, is instinctive and irresistible. Her objects are arranged in shrine-like groupings, and yet do not allude to any religion beyond that of time — which we can all relate to.