In her residency at Oakland's Random Parts gallery, the East Bay artist reflects on her journey riding a cargo ship from Oakland to Vietnam. 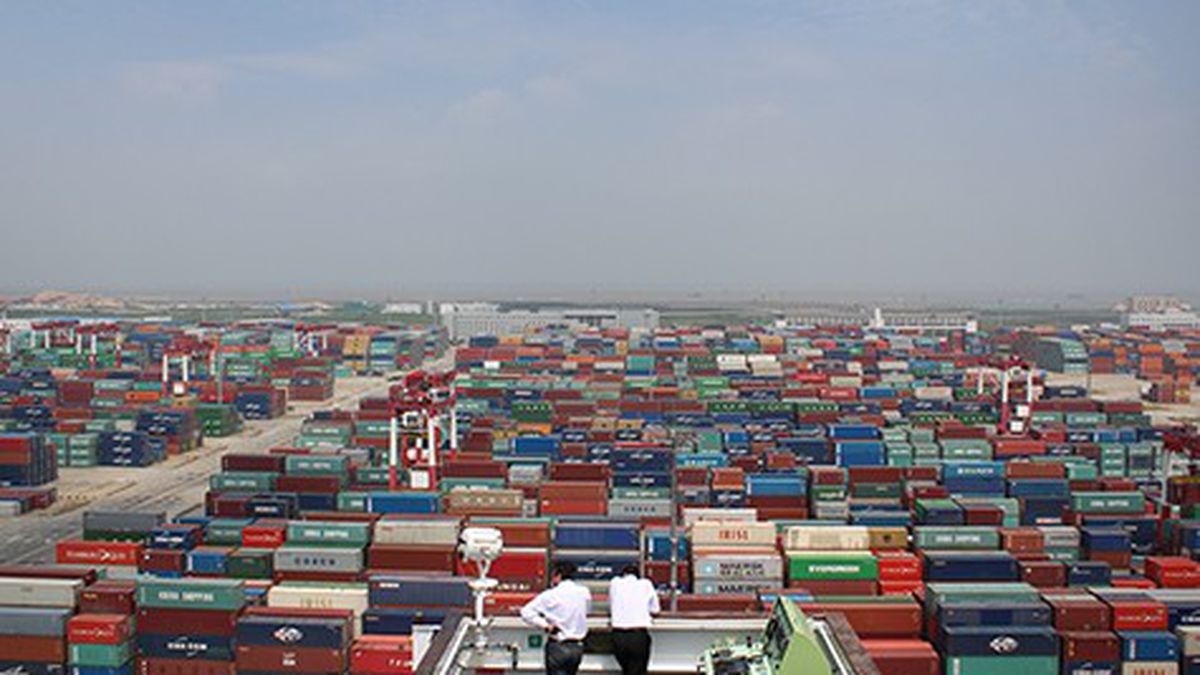 A flight from Hanoi to Oakland takes approximately twenty hours. But when Oakland artist Gabby Miller flew back from her four-month stay in Hanoi last January, she said the journey felt strikingly brief. “I thought to myself, this should really take a lot longer,” she said in recent interview. Though Miller’s reaction might seem unlikely, her perspective is an indicator of how she got to Vietnam in the first place. In August of last year, she boarded a cargo ship at the Port of Oakland and rode it for 21 days across the Pacific Ocean to Vietnam. She was the only passenger on the ship, along with thirty crew members — all male — and 11,000 shipping containers. “I’ve never stared at the horizon for so many hours before,” she said.

Miller embarked on the journey as a way to further her research on global trade and gain a first-hand experience of some of the concepts at the center of her work. For the past few years, she’s grown increasingly obsessed with the history of international shipping and the ways in which it relates to Western imperialism, environmental degradation, the oil industry, and international conflict — an interest she developed through her involvement in the 2011 Occupy Oakland general strike, during which protesters shut down the Port of Oakland. So, with funding from the Asian Cultural Council (an international nonprofit), she bought a ticket and boarded the ship with a small pack of paint supplies and no expectations. Now, six months later, she’s processing the experience in an artist residency at Random Parts Gallery (1206 13th Ave., Oakland) for which she’ll present a final show on April 2.

Miller was born in the East Bay and grew up in Berkeley. Her mother was born in Vietnam and raised in America, and her father is white, from Chicago. The two met in Vietnam at the height of the Vietnam War. Miller’s mother was there to do social work and her father, to start a hospital for Vietnamese children. “Their union was totally in the context of war and our family has been profoundly shaped by that,” said Miller.

When President George W. Bush was re-elected in 2004, Miller’s mother decided to quit her job and move to Vietnam. At the time, Miller was twenty years old and half way through college. Inspired, she quit school and moved to Hanoi to work in an art gallery. In Hanoi, she taught a free English class, and about sixty eager artists showed up to the first one. That’s how she fell into the city’s tight-knit, avant-garde art scene. Specifically, she became involved with Nha San, Vietnam’s first experimental artist collective, which does underground programming in order to elude government censorship.

Over the last decade, Miller has consistently traveled back and forth between California and Vietnam, making a living mostly as an art teacher. And she has gradually begun to realize that her trans-pacific journey is one with historical significance. Through research, she found that the escalation of the container industry is closely tied to the Vietnam War because the need to transport mass amounts of supplies across the ocean propelled the American government to catalyze container production. She also learned that the first container ship to arrive on the shores of Vietnam, carrying supplies for soldiers, was called The Oakland and came from the Oakland port. And looking into her own history, she found that her great grandfather on her dad’s side was a coal mine engineer — a profession she considers deeply intertwined with Western imperialism. All that knowledge has lead Miller to start doing conceptual, multidisciplinary artwork that explores the layers of her identity as a product of complex cultural histories.

On the cargo ship, Miller was made especially aware of her biracial identity. Half of the crew was Eastern-European and the other half was Filipino. Because each cultural group kept to themselves, she found herself going back and forth between them. Halfway through the trip, the ship stopped in Russia to refuel. Out of boredom, Miller took some of the crude oil from the vessel’s engine and started to paint. Before long, members of the crew were bringing her photos of their loved ones, requesting that she paint portraits of them. They allowed her to take over the small swimming pool room to use as a studio, and in the evening some of the men would join her to smoke, hang out, and paint. At the end of the journey, she tacked all of the portraits to the tiled walls of the room and held an art reception. Then, she gave each crew member their painting in exchange for a copy of the source image.

Once in Vietnam, Miller repainted many of the portraits she had given away and included them in a show at Nha San Collective that also featured a large tapestry painted with the image of a capsized cargo ship painted in crude oil that the crew bottled for her; photos of the sea from the ship; and a heap of 609 miniature container replicas — the number of containers that were on The Oakland. Now, all that work is installed at Random Parts for her residency, titled Turquoise Wake (Coal, Air, Chicken & Shit). For the show, Miller wants to work with the same ideas of Western imperialism as it relates to capitalism and climate change, but in a way that’s anchored specifically to Oakland. She’s paying particular attention to the current controversy over the Oakland City Council potentially approving a coal export terminal in the port, and the city’s gentrification problem — specifically in the neighborhood that Random Parts is part of, which is largely made up of South Vietnamese refugees from the war. Slowly, she’ll be transforming the space, taking down old work and putting up new creations. But right now, she’s still very much floating through a complex intersection of histories and ideas — still, in some ways, at sea.