California police who want to ban doctors from recommending concentrated marijuana might want to talk to UCLA Professor Mark Kleiman, or mega-celebrity and cohost of The View, Whoopi Goldberg. This week, both offered resounding endorsements of portable micro-vaporizers combined with concentrated cannabis oil (wax, BHO) whether for recreational or medical use.

E-cigarettes adapted for weed extract are going to bring unprecedented standardization to medical cannabis dosage, Kleiman noted in an interview with Vox.

Ezra [Klein]: Why do you think cannabis concentrate is going to become so dominant in ten years? I’m curious about that.

Mark [Kleiman]: A number of reasons. Most people don’t like to cough.

Ezra: We should say concentrate is when you’ve essentially extracted the active ingredient.

Mark: There are a number of different technologies for taking cannabis flowers and leave sand extracting from them the active agents. Not just the THC but the 90 other chemicals that are in there. Then it’s put in a variety of forms. There’s a liquid form that can go into something like an e-cigarette. There’s also a solid, sort of waxy form that can go into a different kind of vaporizer.

In any case you’ve got some device that applies external heat to the concentrate and you breathe the vapor as opposed to the current technology which is you burn the plant matrix in order to vaporize the active agent and breath the smoke. Well, come on guys, breathing smoke’s not a good idea and it’s no fun. I think people, particularly people who only use it occasionally, will pay extra not to cough. The more advanced vaporization devices will actually deliver a measured puff which a joint really can’t or a pipe really can’t. 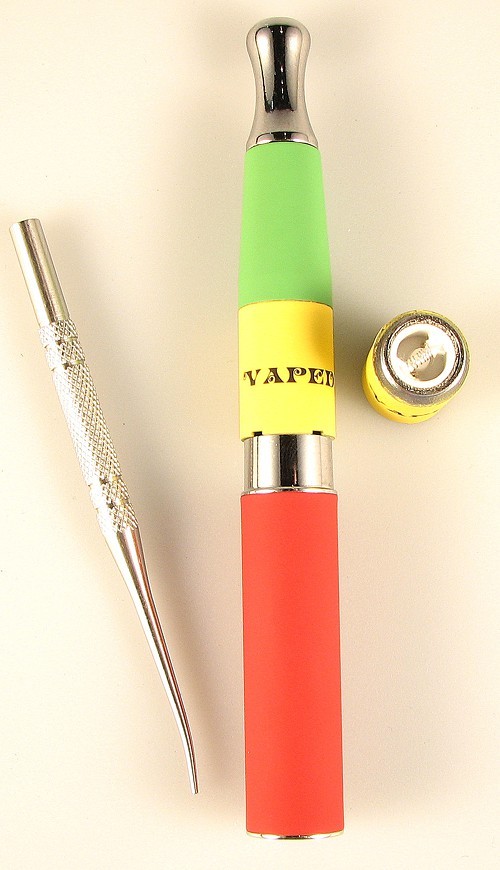 If you had a measured puff of a tested concentrate you could actually know how many milligrams you’re getting to your brain. You could actually control your cannabis use in a halfway reasonable way as much as you can control your drinking experience by having some number of drinks. If you have three drinks, you know what that does to you. You can’t really know that with cannabis now.

Don’t want listen to an expert like Kleiman? Listen to glaucoma sufferer Whoopi Goldberg, who resoundingly endorses vape pens and wax in her first cannabis column for The Denver Post.

I like the simple pens with cartridges of THC oil because, if you’re not a smoker or you can’t inhale deeply, it’s a wonderful way of ingesting cannabis.

What kind of kush is in my vape pen at the moment? The indica-dominant Platinum OG, of course.

These pens are light, compact and portable. The vapor is inoffensive and subtle. And for me a lot of the new pot is too strong — and when I take edibles I rarely come out of the room. With the vape pen, you have more control over how much THC you ingest. If my headache is just starting, I know a short sip will take care of it. If the pressure inside my head is pounding, then two or three sips is a better prescription.

Meanwhile, California cops want to place a gag order on doctors who would recommend “butane hash oil,” which is one name for such concentrated marijuana products.

The word “butane” sounds scary, but such solvents are widely used to safely make vegetable oil, decaffeinate coffee beans, provide hops extract to brewers, and myriad other essential oils for health and beauty products. The only thing dangerous about it is its lack of regulation, and who has been standing in the way of sensible regulations? The police.