Activists say that "ambassadors" without patrol licenses or guard training are doing security at a major retail hub — raising concerns about the potential for violent conflicts. 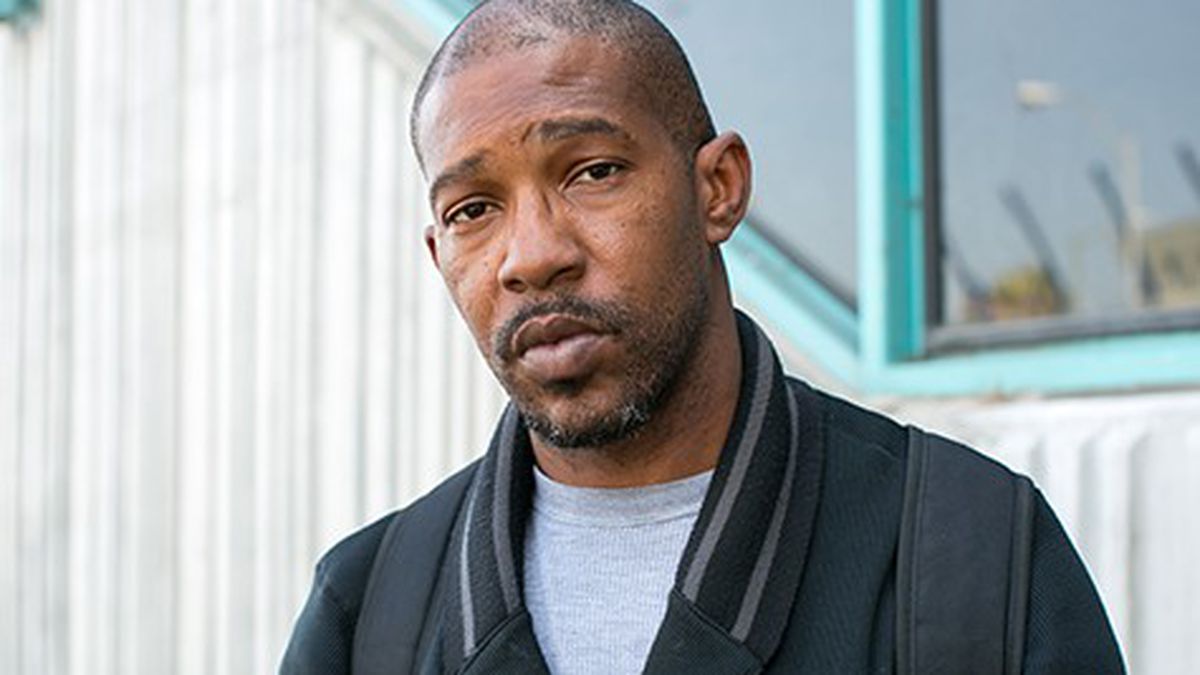 When John Robinson worked as security supervisor at Fruitvale Transit Village — a commercial hub next to the BART station on East 12th Street — he knew how to handle difficult situations. He said that he and the seven officers he supervised routinely de-escalated minor altercations at the outdoor plaza and responded to merchants’ public safety concerns without involving the Oakland Police Department. “If it’s a low-priority call, OPD is not going to come,” said Robinson, who lives in East Oakland. “Because security was there, we were a big deterrent for a lot of things. … And it always worked. We were safe.”

Robinson, who worked at the transit village for five years, was surprised to learn earlier this year that he would no longer have a security job at the retail center. That’s because the Unity Council, the nonprofit organization that owns Fruitvale Village, decided to end its contract in March with Universal Protection Services, the security company that employed Robinson. The Unity Council replaced Robinson and the seven other security guards with “neighborhood ambassadors” — workers without guard cards or formal security training.

“That just blew me away,” said Robinson, who was unemployed for about two months until recently landing a new security job in San Francisco. “You can’t just walk in off of the street and be a professional in security.”

The Unity Council’s controversial decision to end its security contract and implement a so-called Safety Neighborhood Ambassador Program (SNAP) comes at a time when there has been increasing scrutiny in the Bay Area on neighborhood ambassadors patrolling business districts. That’s because in March — a few weeks after Robinson and other officers lost their jobs in Fruitvale — a Downtown Berkeley Association ambassador was caught on video brutally assaulting a homeless man. The disturbing YouTube footage showed the ambassador clearly initiating the physical confrontation and aggressively and repeatedly punching the man even as he wasn’t fighting back. That ambassador, who was subsequently fired, worked for Block by Block, a private company that provides ambassador services to business improvement districts. The Unity Council’s new program relies on a similar model, and the Berkeley incident, critics said, illustrates the potential for unnecessary conflicts and violent confrontations when an individual without security training takes a public safety matter into his or her own hands.

The Unity Council’s switch to SNAP has sparked a particularly tense dispute within Fruitvale Village because one of the nonprofit’s office tenants is Service Employees International Union (SEIU) United Service Workers West, the union that represented the Universal Protection Services security guards. The SNAP ambassadors are non-union, but are paid Oakland’s living wage of $14.10 per hour, because the Unity Council receives city subsidies and is required to pay that rate. Under the union contract, guards received annual salary increases, meaning a senior employee such as Robinson made roughly $17 per hour.

Three weeks after those officers lost their jobs, SEIU filed a formal complaint with the state’s Bureau of Security and Investigative Services (BSIS), a division of the California Department of Consumer Affairs, alleging that the SNAP ambassadors were doing unlicensed security work. The ambassadors are employees of Peralta Service Corporation, a subsidiary of the Unity Council that provides maintenance services for Fruitvale Village and a number of other East Bay clients, including the City of Emeryville.

The union’s complaint accuses Peralta Service of violating the law by providing security services in Fruitvale without a private patrol operator license. A consumer affairs spokesperson confirmed that Peralta Service does not have a patrol license, but declined to comment on SEIU’s allegations. The state awards patrol operator licenses to companies that have liability insurance and meet other requirements.

The Unity Council is a fifty-year-old community development nonprofit that runs a wide range of programs primarily serving the Fruitvale district, including an early education initiative, a workforce development program, a homebuyer education program, a senior center, and an AmeriCorps program. Its most high-profile project is the Fruitvale Transit Village, the mixed-used development that brought retail, commercial, and housing to the neighborhood next to BART. The organization is currently moving forward with a second phase of Fruitvale Village, which will bring eighty affordable housing units to the neighborhood, according to Erin Patch, executive vice president of the Unity Council.

Patch said the Unity Council decided to embrace the ambassador model — and not renew the security contract — in large part because the organization had received positive feedback about a SNAP initiative it had launched in 2013 in the greater Fruitvale district.

“It’s not that there’s anything wrong with the security model,” she said. “We wanted to bring more of that hospitality feeling. … It’s a friendly person on the corner, and they know everything about the community and everything about the area. And they are the eyes on the street in the event that something happens.”

SEIU, however, said that once SNAP took over in Fruitvale Village, the ambassadors were clearly doing security work, assuming the exact same responsibilities that the guards previously held. The ambassadors, however, aren’t trained or licensed to do the job, the union alleged. The complaint includes testimony from a former Universal Protection worker at Fruitvale Village who transitioned into an ambassador role — but soon after left for a different security job.

That worker wrote in the complaint that Peralta Service supervisors told him that he should now act as a “hospitality ambassador” and not a security officer — but said all his duties and protocols were the same. Mainly, he was still required to perform security patrols and document activity on the property. He was the only ambassador with a guard card, according to the complaint.

Carl Walter, lead organizer with SEIU’s security division, who is based in Fruitvale Village, said he was concerned that the Unity Council, an organization with no security background, was effectively expanding into the security business through the creation of SNAP. “It’s a real threat to our industry and our industry standards, if all you have to do to escape the standards of BSIS regulations is to say you are providing hospitality services, rather than security,” he said, adding that he has repeatedly observed the ambassadors doing security duties, such as telling people not to loiter.

These types of interactions — ambassadors enforcing no-loitering or no-smoking rules — can quickly escalate, particularly if a person has mental health issues or has violent tendencies, critics said. While SNAP ambassadors are trained to call OPD when there are potentially dangerous conflicts, having police called to Fruitvale Village more frequently is not necessarily better for the public, Walter said. “There aren’t enough police officers in Oakland, and they don’t have the time to respond to these kinds of minor incidents,” he said. For smaller problems, he added, “It’s best to handle the situation with unarmed licensed security officers, who can take incident reports and inform police.”

Johntell Washington, an SEIU researcher based in Fruitvale Village, noted that one of the ambassadors is now responsible for guarding the cash in the onsite parking lot — a role that a guard previously held. “It’s literally the exact same responsibility.” Washington said his biggest concern was that the lack of training could make the ambassadors ill-prepared to handle unexpected conflicts. “Human beings get scared and fearful and can make mistakes if they don’t have the training.”

Along with the union, Lauren and Bradley Montoya, who own the coffee shop Powderface in Fruitvale Village, wrote letters to Unity Council officials in February urging them not to eliminate security. Bradley said last week that it was too soon to tell whether the ambassadors have been effective, but said the real test will come when a difficult situation arises, such as a large political rally. Leticia Chavez, owner of Obelisco, another Fruitvale Village restaurant, said she also hasn’t observed problems yet, but was concerned about the ambassadors’ ability to deter crime. “When people see security in the area, they respect them more.”

Walter argued that it was hypocritical for Unity Council, which is dedicated to supporting low-income people and providing employment services, to eliminate union jobs — a move that he said was a clear form of union-busting. “These were some of the best jobs in this community,” he said.

Patch, the Unity Council executive vice president, said she has not fielded complaints from any tenants — other than the union — since the transition took place. She added that she understood why the union was frustrated about non-union jobs, but argued that the ambassadors were well trained to de-escalate situations and call police when needed. “It’s report and remove yourself,” she said, arguing that ambassadors are not doing unlicensed security work. “It’s a totally different model.”