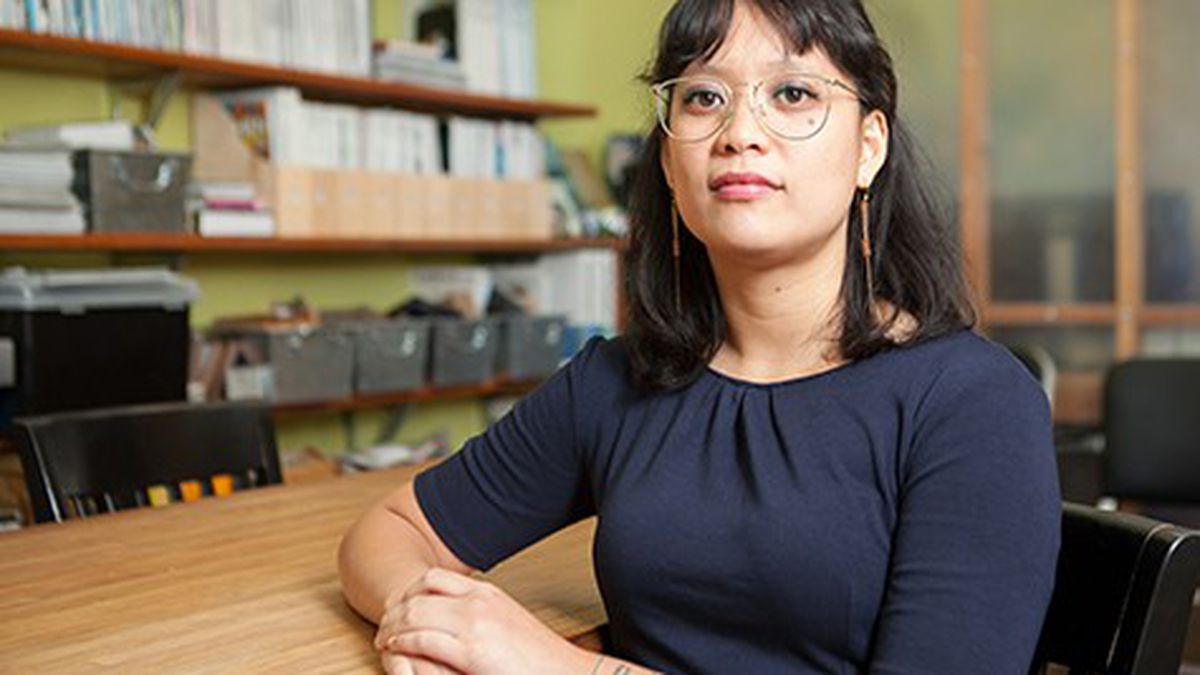 When Tia Katrina Taruc Canlas studied at UC Berkeley School of Law, she learned from one of her professors, Nancy Lemon, that many survivors of domestic abuse aren’t told of all their legal options. Lemon insisted that some enterprising young lawyer should use the civil code some day to seek justice for domestic violence victims. The seed was planted.

Today, Canlas, a Berkeley lawyer, has taken her professor’s advice to heart, and is employing a surprisingly underused, survivor-based approach to tackle domestic violence — holding batterers financially accountable in court for their actions. “Since our criminal laws are applied so unevenly and unfairly across races, it’s not really good to have imprisonment as the goal for justice,” said Canlas, as we sat in a worker-owned cafe below the architecture firm where she rents space. “I wanted to find better ways to deal with domestic violence and rape, and I think taking [abusers’] money is one of the best.”

Canlas’ childhood was shaped by domestic abuse. She said her father punched her mother Tina Taruc in the stomach while she was pregnant with Tia. After more abuse, Taruc threatened to leave. Canlas’ father then hired an attorney and divorced her mom. Lacking funds to take recourse of her own, Taruc was left with nothing.

Taruc called her grandfather Luis Taruc in the Philippines for help. Luis Taruc was an influential peasant rights organizer and leftist guerrilla leader who fought the Japanese occupation during World War II and had many connections in the Filipino community in the United States. He was able to arrange a safe living arrangement for his granddaughter and great granddaughter.

Upon graduating law school, Canlas took a job at the Ella Baker Center for Human Rights in Oakland. After working there for a year, she tried finding a job with a law firm at which she could nurture the seed that Lemon had planted — to use tort law to help domestic abuse survivors.

“I was trying to find law firms that take on these cases and I couldn’t find anything,” said the thirty-year-old Canlas. “There was nobody doing it, so I decided to do it myself.”

In August 2012, Canlas launched the Alipato Project to represent survivors of intimate partner abuse and sue for financial damages. She named the organization after her great grandfather Luis Taruc whose revolutionary nickname was Alipato, which in Tagalog means the burning ember that escapes the fire — or, in the case of Canlas, the spark that spreads the fire.

Canlas represents middle- and low-income survivors whose batterers are middle-to-high income. On top of simply seeking compensation for what the law allows survivors to collect, she’s working to spark greater awareness — both among lawyers as well as the public — that there is more than criminal law available to victims as recourse against abuse.

“It’s not used anywhere — this is a national problem,” said Lemon, who wrote one of the first legal textbooks on domestic violence. “I have run into many, many family law attorneys who haven’t even thought of using civil suits. I think it’s appalling.” Lemon said that in law school, most professors cover negligent torts, such as filing lawsuits over faulty airbags, and not intentional torts, such as suing a partner for breaking your jaw.

“It’s a very little-known path of seeking justice,” said Todd Emmanuel, a Peninsula-based attorney who is familiar with Canlas’ work. “But public awareness is increasing and civil justice is just starting to gain momentum.”

In 2002, the state legislature passed AB 1933, which created “a statutory tort for injuries resulting from domestic violence.” AB 1933 is the legal basis of many of Canlas’ cases, yet few other lawyers have taken advantage of it.

One reason is that civil cases for domestic violence don’t often reap large paydays for attorneys, and can be time-intensive and “inherently messy and difficult,” Emmanuel said. When lawyers do invoke the civil code for intimate partner abuse, it’s almost always when dealing with wealthy clients, said Lemon, who has testified as an expert witness in more than seventy — mostly criminal — cases.

After two and a half years, Canlas settled her first case in Sacramento County. Her client, Linda Boblitt agreed to a settlement of $13,500, a figure that Canlas believed was too low. Boblitt was exhausted from the arduous process and learned that the defendant did not have much more than $13,500 to give. Over the span of a few decades, Boblitt’s ex-husband had broken her jaw, knocked out her teeth, and hit her with a car among “regular and more common incidents of domestic violence,” Canlas said.

After the settlement conference and the agreement, the judge gave Canlas some needed encouragement. “He told me, ‘Keep it up, you’re doing God’s work.'” After hearing that, Boblitt began to cry, and for the first time since law school, Canlas was choked up with emotion.

Canlas said she’s not daunted by the fact that it took two and a half years before she scored her first victory. She recognizes that cases of this nature normally take two to three years to settle. Being a young lawyer with more drive than experience, Canlas feels she’s finally found her stride.

She recently took on the case of Ellena Berg in a domestic violence dispute against a 76-year-old Silicon Valley real estate tycoon that has garnered international attention. In January, Santa Clara County Judge Ron M. Del Pozzo declared Clyde Berg “factually innocent” in a criminal proceeding and apologized to him for having been “victimized.” Ellena Berg claimed that while she was nine months pregnant, her now ex-husband held her at gunpoint, chained her to a bed for two days, and repeatedly violated her with a golf club.

But as was seen in the infamous OJ Simpson case, it can be easier to win civil cases than criminal ones. In criminal cases, guilt must be proven beyond a reasonable doubt, while civil cases a defendant is found financially liable when the probability of guilt is greater than 50 percent. Canlas and Lemon both believe the evidence did not support a dismissal of the criminal case against Berg. Canlas hopes to go to trial later this year in a civil case against Berg, as she squares off against a moneyed defendant.

The Alipato Project has a few volunteers, including lawyers, but Canlas is mostly going it alone. She pays herself a living wage of $16 per hour at 30 hours a week after working for free her first year. And she loves her job. “I just shut everyone out and write for hours and hours,” she said.