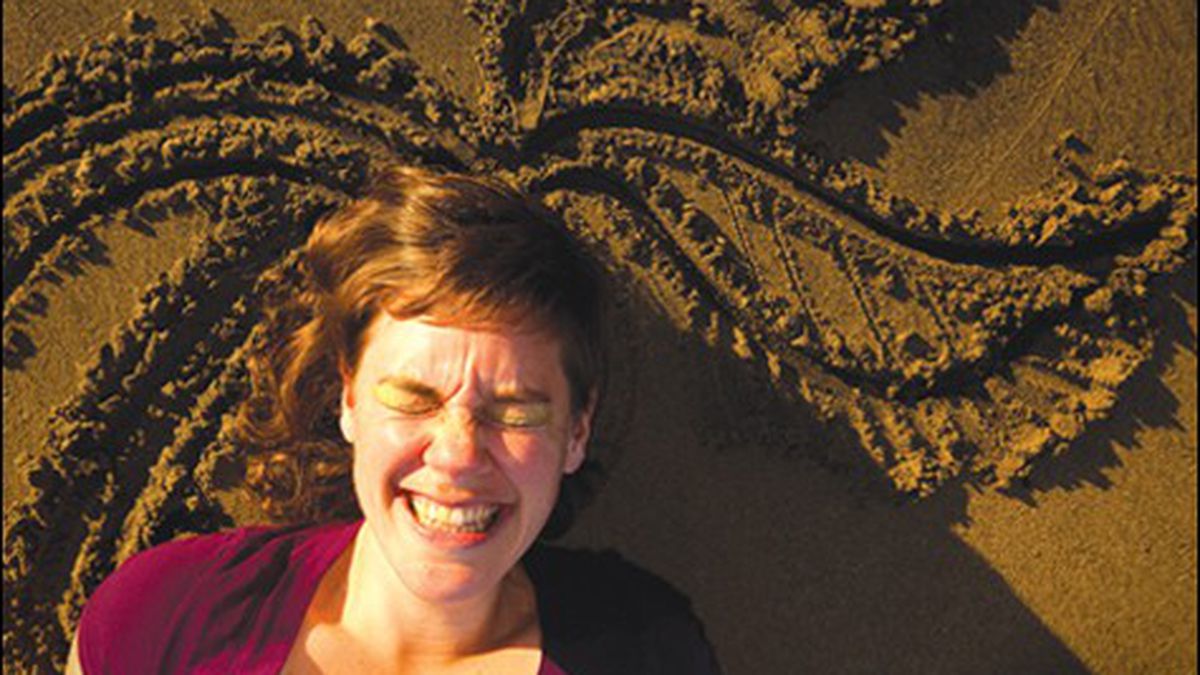 From Tune-Yards to Hot Lists

Some artists jockey for fame, and others have it foisted on them. Merrill Garbus belongs in the latter camp. A year ago, she was playing shows at small venues like Mama Buzz Cafe, accompanying herself on snare and ukulele, and using loop pedals to create the illusion of a much larger band. Before that, she was Dumpster diving, playing in the subways of Montreal, teaching puppetry at kids’ summer camps, and even living out of her car for a while. Garbus spent most of the past decade being an artist with a capital A, which could also be a euphemism for being dirt poor.

But ultimately, the quality of her work superseded her means of distribution. In 2009 Garbus inked a deal with British independent record label 4AD, putting her on the same roster as Bon Iver and Ariel Pink’s Haunted Graffiti. She had just released an album called Bird-Brains (oft written as BiRd BrAiNs) under the alias Tune-Yards (stylized tUnE-yArDs), and generated a cult of veneration in the blogosphere. Garbus followed up this year with whokill, a brilliantly lo-fi Afro-pop album slated for release on April 19. The single, “Bizness,” garnered a four-star review in Rolling Stone, and landed Tune-Yards on the magazine’s “Hot List,” right behind Radiohead, The Cars, and Kanye West. Clearly, Garbus had gotten her major star turn.

It was a weird juxtaposition for a former liberal arts major who grew up playing classical piano and doing puppet theater. Garbus isn’t the kind of person who spent her whole life trying to get on. “I came from this place of being suspicious of record labels, I guess,” the singer said, sitting by the front window at Arizmendi Bakery in Lake Merritt. She wore jeans and a yellow zip-up sweatshirt, and looked remarkably subdued. She described the recent onslaught of press attention as though she were watching it happen to somebody else. She recoils from terms like “fame” and “success.” “Some would say that I’m not so popular,” Garbus said matter-of-factly.

And others would demur. A longtime fan of hip-hop and African music, Garbus managed to incorporate both into her art, and do so in a way that also references old-school, impassioned singer-songwriters like Janis Joplin. (Rolling Stone saw Joplin as an obvious antecedent). Part of Garbus’ appeal lies in having a low vocal timbre that makes every song sound aggressively soulful or suggestively coy. But a lot of it is about what’s trending now. Garbus got her break around the same time as fancy East Coast bands like Dirty Projectors and the rather discomfiting white-boy-Afropop band Vampire Weekend. Like them, she’s sort of a pastiche artist, or maybe a deconstructionist. And yet there’s a level of scholarship in Garbus’ music that makes it singular.

“I can’t accuse Vampire Weekend of copying African music in a sort of dumb white boy way, because I’m doing the same thing, on a certain level,” Garbus said, addressing the big elephant in the room. “However, we need to be categorized, people are gonna do that.” But, she added, it’s nice when critics recognize that she evolved independently of her East Coast peers.

The daughter of a piano teacher and an old-time fiddler, Garbus grew up in Connecticut. She took classical piano lessons from her mother and sang in school choirs. She came to African music by way of Paul Simon‘s Graceland — kind of a gateway drug for rock consumers — and eventually graduated to Miriam Makeba and the Tanzanian musician Hukwe Ubi Zawose. She said she’s always had a deep voice. “‘Froggy’ is what my sister calls it,” she said, laughing. Whokill includes samples of Garbus as a young kid, talking to her grandparents. Even then, she spoke in a low register.

Music wasn’t necessarily a conscious career choice for Garbus. She majored in theater and African Studies at Smith College, then spent four years working at a puppet theater in Vermont. She wrote a twenty-minute puppet play called The Fat Kid Opera, largely inspired by Jonathan Swift‘s “A Modest Proposal.” (The fat kids of the play’s title are ultimately sent to a butcher.) One year she generated her entire income — a grand sum of $9,000 — from puppetry alone. “I was on food stamps,” she said. “I would come home to Connecticut weeping — if I could afford the gas. I was living out of my car.”

By the time Garbus turned 26, she realized the puppeteer lifestyle was unsustainable. She moved back in with her parents, and entered a deep depression. Some time during that period, Garbus’ mom bought her a ukulele at an army navy store, and Garbus taught herself how to play it. That was the genesis of Tune-Yards.

It took a good five years for the band to come to full fruition, and in the interim Garbus moved to Montreal, where she busked in subway stations, and then to Oakland, where she became part of a modern, avant jazz scene that sprang out of coffee shops and warehouses. Garbus currently plays with her boyfriend, bassist Nate Brenner, who is better known for his role in the jazz trio Beep! He supplied stand-up and electric bass lines on whokill, and penned four of the album’s tracks. Garbus also recruited two saxophonists, Matt Nelson and former Express staffer Kasey Knudsen, to enhance the live show.

Because of Garbus’ production techniques, Tune-Yards is a live band that gives the illusion of a computer-generated band. In her live show, she loops percussion instruments in sequence (usually floor tom, kick, seed shaker, tambourine, snare, and pots and pans) and plays ukulele over the top. Garbus tried to mimic that process in the recording studio, and then edited it so all the drums start together. She muted parts of songs to make one instrument stand out, and sound more like a hip-hop sample. In “Bizness,” she sampled herself singing a long cadenza, and then put it in a drum sequencer.

The album is exciting. It includes several love songs that talk about sex as a power relation — fittingly, Garbus’ sexiest song is called “Powa.” Other tracks, like “Es-So” and “Wooly Wolly Gong,” revolve around neologisms. “Gangsta” is a conscious nod to Rasta music, with a horn line that replicates the peal of an alarm-bell. Its harmonies sound metallic and harsh, albeit in a way that references Seventies free jazz. “Powa,” in contrast, is warm and tight and close, even though the lyrics sound purposefully combative: Baby, bring me home to bed/I need you to press me down before my body flies away from me.

Like most of its source material, Garbus’ music is deceptively simple. It would probably qualify as Afropop if she weren’t a white woman from the Northeast, but the weird instrumentation makes it quirky, and the made-up words make it a polyglot form. In other words, it’s fringe music that managed to sound just accessible enough to go mainstream. She half-way addresses that irony in the album closer “Killa,” which is self-flagellating (Would you call me naive and an idealist if I told you I am disheartened that in this day in age, I do not have more male black friends? she says) and, at the same time, self-aggrandizing. Ready or not, I’m a new kinda killer, she sings on the song’s chorus. Taken in context, that’s definitely a provocation. But it seems her audience is ready.