.Freshest New Poet in the Town 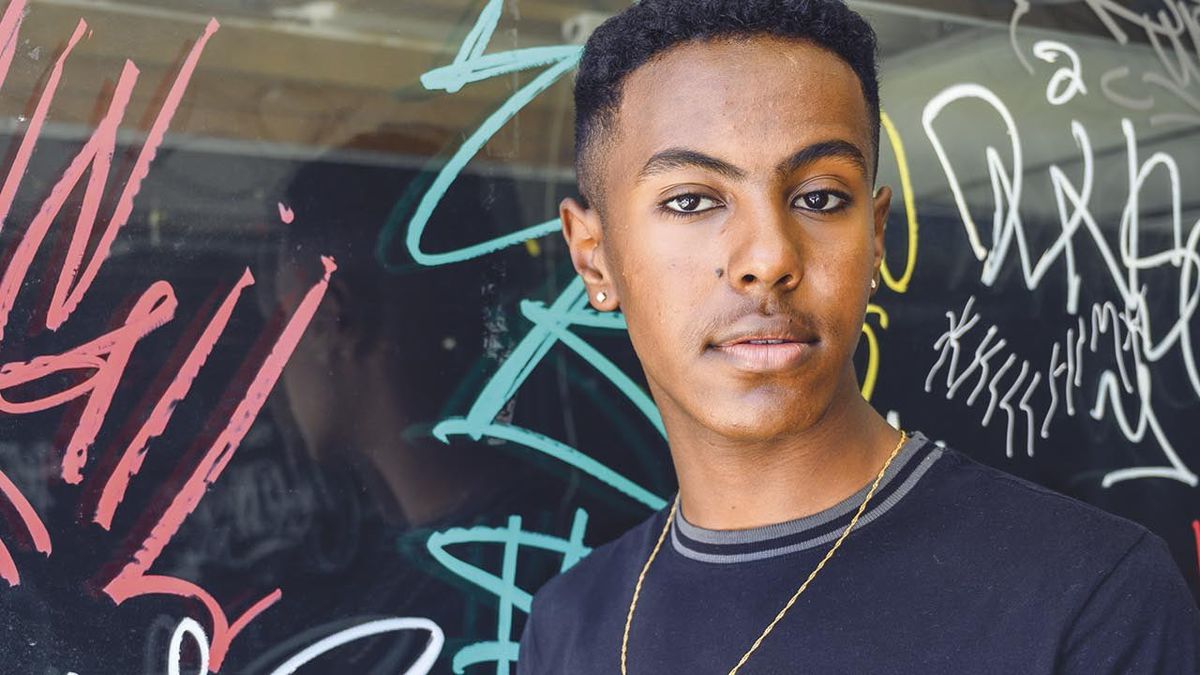 For as long as local 16-year-old poet Samuel Getachew could remember, he was reading books. He even had his mother drop him off at the library an hour before school started so he could get some reading in before school. At a certain point, it occurred to him that he didn’t have to only consume books. He could write as well.

Initially, that was children’s fantasy, the kind of stuff that he loved reading, but at the urging of a classmate, who saw a poem he scribbled down on an index card, he entered into the district wide MLK Oratorical Contest in the 5th grade and did well. He set poetry aside for a couple years, until slam poetry caught his attention. In 2016, he watched a video online by poet Crystal Valentine called “Black Privilege.” It blew his mind, which inspired him to do a deep dive into slam poetry on YouTube. The next year, he entered into the Youth Speaks Teen Poetry Slam, and won, his first time. He was so shocked he literally froze on stage.

“There were poets that were miles ahead of me,” Getachew said. “After that, I was catapulted into this world, always writing, always performing.”

At the 2017 Youth Speaks Teen Poetry Slam, Getachew performed “Backward” as one of his two poems. It’s a powerful work about society’s indifference toward police violence aimed at black boys. The next year Getachew entered Youth Speaks Teen Poetry Slam again and won yet again, this time performing a couple poems that were much different than the kind of work that earned him the victory the previous year, especially poem “Flight,” a somber, work that reflects on his life and identity as a child of immigrants.

“It was very validating,” he recalled. “It was like, ‘I still got it.’ And it was only a year later. ‘Flight’ was the first time I got on stage and started to unpack my family history. I felt in that moment ‘Okay, this is also my story to tell.'”

Since winning the Youth Speaks Teen Poetry Slam, he’s performed all over, and even contributed to The New York Times. This year he was named the Oakland Youth Poet Laureate, and he even won Youth Speaks Teen Poetry Slam yet again in 2019. He published a poem “Cirque de Chênes” for an anthology called Black Joy: An Anthology of Black Boy Poems by Nomadic Press. It was written specifically for the page, something new for Getachew, who views performance as a critical aspect of his writing process.

“So much of what I communicate is in my cadence, my tone and my volume,” Getachew said. “If I get stuck in the middle of a poem, I’ll just read it out loud like I’m performing it. That’s how I figure out what parts work.”

It was very rewarding to have the Youth Speaks Teen Poetry Slam validate him as an artist three times in a row, but the moment where it all felt real to him, happened earlier this year. He was hosting an open mic in Oakland at Chapter 510. A girl came up to him and told him that she watched him at a previous event and decided to come to read one of her poems — her first time — because she was inspired by him.

“It doesn’t matter what organization decides my work is worthy. The most influential person, for me, has been Crystal Valentine,” he said. “That poem made me decide to enter a slam. It’s the craziest feeling in the world, two years later, that came full circle and that I had done that for someone else. That’s what makes you keep doing things.”&#8;