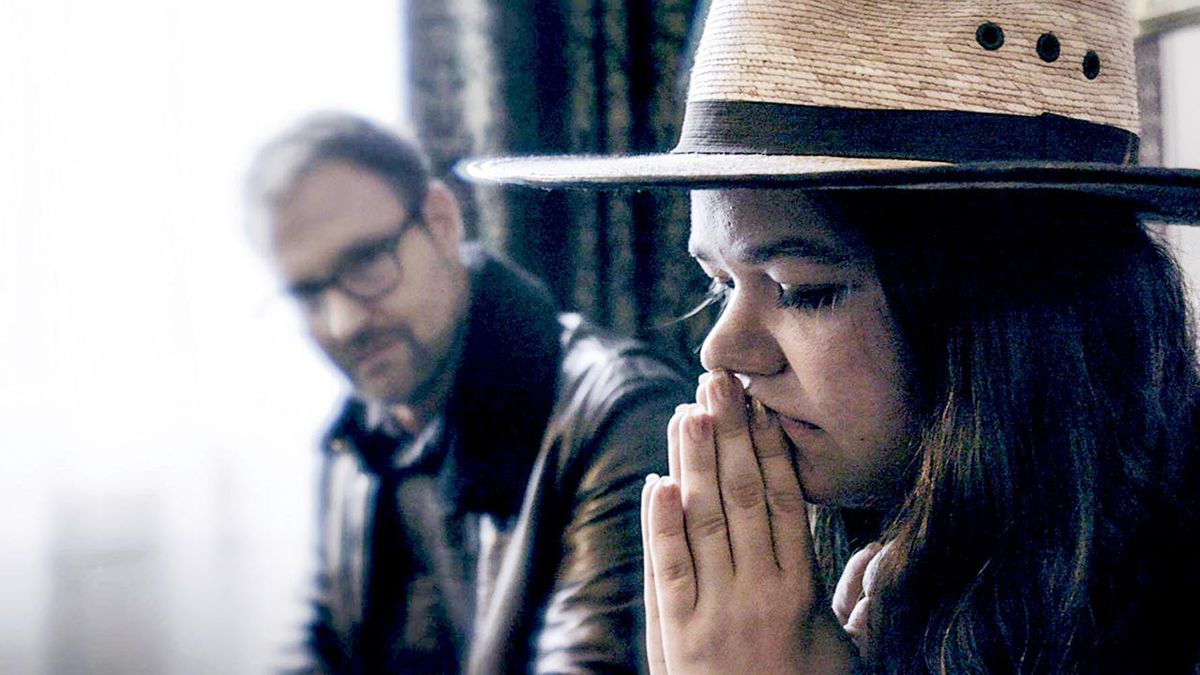 Forget Hillary’s Deplorables. It’s All About the Persuadables

The Great Hack tells the harrowing tale of Cambridge Analytica. Be afraid.

The horrifying documentary The Great Hack opens with a pink-haired young lady named Brittany Kaiser, one of thousands on the Playa at Burning Man, using a marker to write the words “Cambridge Analytica” on a wooden structure. It’s not explained, but I’ll do it. She is at the Temple, which is burned the day after the Man. You tour it and see messages begging forgiveness, letters to the dead, tokens of lethal diseases survived. Kaiser’s two words are a gesture of apology for her time at Cambridge.

She is, despite her denial, potentially the conduit between Wikileaks and the Trump campaign. Sometimes you end up swearing at the screen because of her purblindness. Admittedly directors Karim Amer and Jehan Noujaim try to make her more mysterious, by concealing her backstory until the end of the film. Kaiser went from Obama intern to snuggling with Kellyanne Conway. No matter what her loyalties, she helped shift the 70,000 voters in three states who decided the 2016 election.

The Cambridge scandal is now well known — how a British company funded with help from Steve Bannon sold data to political parties, buggering elections around the globe through disinformation and inflammatory social media. Trump’s “Project Alamo” spent $1 million a day on Facebook ads aimed at handpicked voters. The “deplorables” didn’t decide the election; it was swing-state “persuadables” — targeted via data mined or scraped from social media — who were then inundated with cascades of grandpa-infuriating hot-button advertising.

A gangster under arrest always claims he was just providing a service, and yet one never wants to have to deny that their company is not a James Bond villain, as former COO Julian Wheatland does here. Alexander Nix, Kaiser’s mentor, was CA’s CEO, who blames the folding of his company and it’s legal woes on the liberal media. Two working tirelessly on the case were the Pulitzer prize nominated Carole Cadwalladr of the Guardian and Parsons School of Design Professor David Carroll; the professor hired a British solicitor to try with all futility to find out what the harvesters had gleaned.

If the filmmakers partisan sympathies are clear, so is the imminent threat. Facebook, the most culpable in this digital surveilling, declared that it was taking steps to protect data. We saw this when what appeared to be a Mark Zuckerberg robot visited the Senate in April 2018. But the manipulators are ready and will be at work in 2020. I urge all to watch The Great Hack, and beware.&#8;