Performers include Nef the Pharaoh and Kool John. 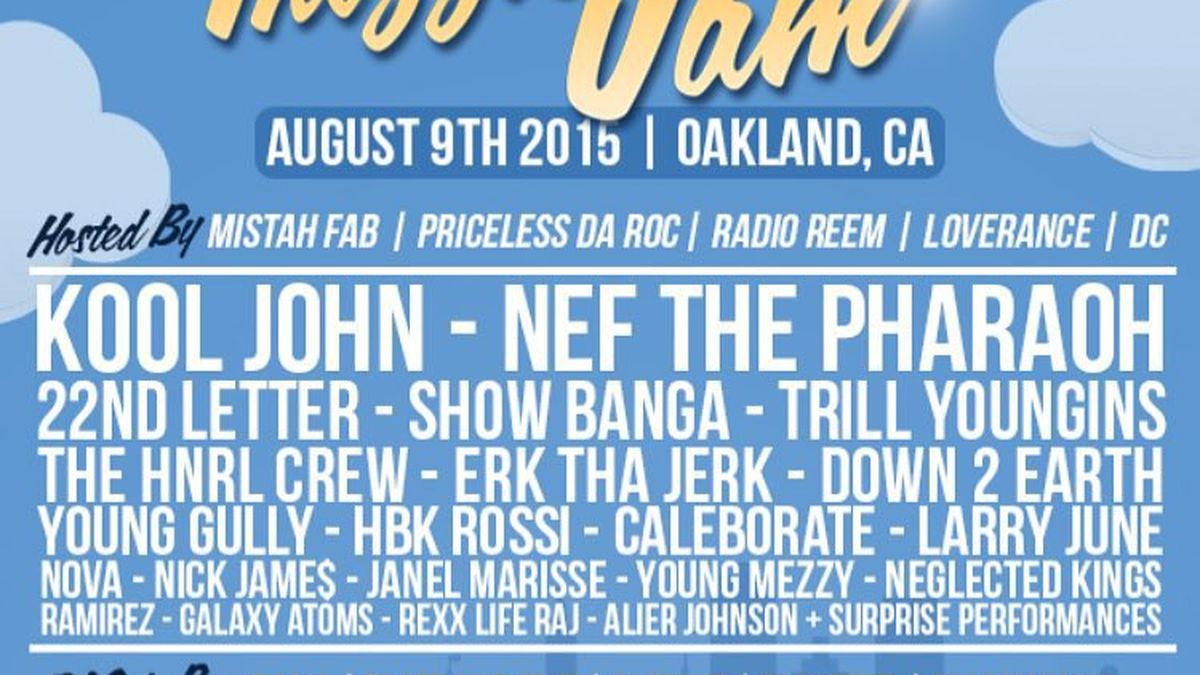 Share
Facebook
Twitter
Linkedin
Thizzler.com just announced the line-up for its first annual Thizzler Jam, set for August 9th in downtown Oakland at a yet-to-be-disclosed location. The local hip-hop blog and promotional platform formerly hosted the annual Bay Area Freshmen 10, a round-up of rising hip-hop artists tied to a concert. Last year, we profiled Bay Area Freshmen Tia Nomore, and reported on the concert’s difficulties with OPD. Thizzler Jam, which is slated to occur on three stages, indicates an expansion of Thizzler’s role as a vital outlet for local hip-hop. Performers include Nef the Pharaoh, along with the Vallejo MC’s group, 22nd Letter; and Kool John, who’s Moovie project with P-Lo is slated for release soon; and hosts Mistah F.A.B. and Priceless Da Roc. The full line-up is posted below.
[jump]
In tandem with the announcement, Thizzler posted a new installment of its long-dormant interview series, Under the Bay, with the camera trained on the three rappers in 22nd Letter. Nef the Pharaoh, Willie Joe, and Cousin Fik speak to the guidance of E-40, among other things, and happen to hear Nef the Pharaoh’s key single, “Big Tymin’,” coming from the street below.