Upon Destiny Arts Center's 25th anniversary, the leaders of the performing arts organization reflect on its past and look ahead to a future with greater community engagement. 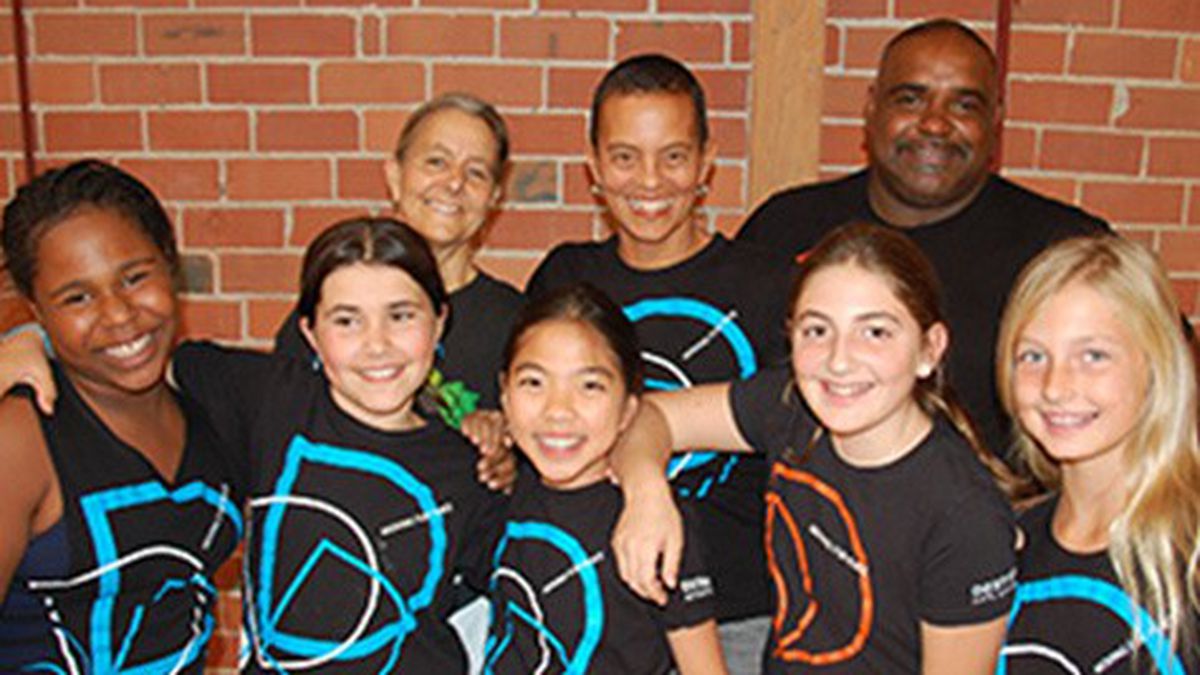 In the late 1980s, as an epidemic of drugs and violence swept through Oakland, martial artists Kate Hobbs and Anthony Daniels decided to start an afterschool program that would teach young people how to use martial arts philosophy to navigate conflicts in their neighborhoods. Twenty-five years later, the project that began in the basement of Longfellow Elementary School (now the site of the Oakland Military Institute) has grown into a thriving nonprofit performing arts organization, Destiny Arts Center.

While the organization has evolved since its founding to incorporate dance into its curriculum and focus more on the performing arts, its mission has remained the same. “Kate and Anthony started the center because they wanted to create an environment, a community, and a skill set that would help young people feel safe,” said artistic director Sarah Crowell. “We’ve really held strongly to that vision.”

The organization’s signature program is the Destiny Arts Youth Performance Company. Every year, about twenty teens learn techniques from professional artists and help choreograph original pieces, while building confidence at the same time. “We’ve honed our philosophy around the power of the performing arts to be a violence prevention tool by providing young people with the ability to articulate their own authentic voice,” Crowell said.

To celebrate its 25th anniversary, the center will host a benefit on Saturday, May 17 in its new North Oakland building (970 Grace Ave., entrance at 967 Stanford Ave.). During the gala, filmmaker and educator Dr. Shakti Butler and activist Lateefah Simon will speak about the center’s impact on the community, and the youth performance company and martial arts students will demonstrate some of their work. Following the dinner, guests can dance to tunes spun by DJ Sake 1 and watch performances by all-female collective Mix’d Ingrdnts and street dance theater company the Embodiment Project, some of whose members are also instructors at Destiny Arts Center.

In addition to celebrating past achievements, organizers also hope to broaden their community outreach. The center currently teaches its Warriors Code, a set of ethics focused on self-respect, honor, and courage, and a curriculum called Five Fingers of Violence Prevention, through an afterschool arts program that’s offered in more than 26 elementary, middle, and high schools throughout the East Bay. This year, the organization received a grant to expand its work with vulnerable youth in Alameda juvenile justice facilities.

Hobbs, who recently returned to the center as a martial arts instructor, feels inspired by the organization’s accomplishments and its commitment to teaching a philosophy of non-violence, which she sees as being just as relevant today as when she first co-founded the center. “At the time we began there was a hotness to the streets that isn’t there now,” she said. “But there’s still a lot of violence and inequity that kids have to cope with.”