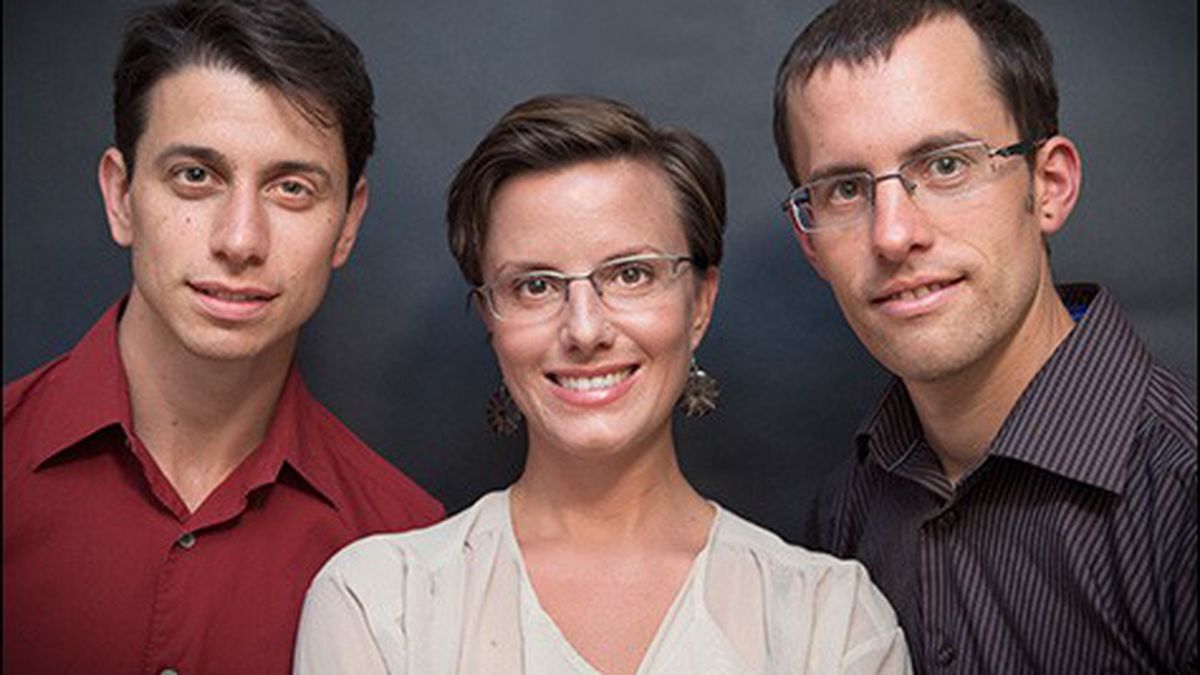 Finding ‘A Sliver of Light’ in Darkness

In their memoir about being imprisoned in Iran, Shane Bauer, Sarah Shourd, and Josh Fattal create a nuanced portrait of life in captivity.

It’s been almost five years since Shane Bauer, Sarah Shourd, and Josh Fattal unknowingly crossed the Iranian border while hiking in Iraqi Kurdistan. Suspected of espionage by Iranian authorities who spotted them, the three UC Berkeley graduates were imprisoned — Shourd for more than a year; Bauer and Fattal for more than two. After they were released, accounts of their story varied widely, usually depending on the teller’s political agenda. The three friends (Shourd and Bauer were dating at the time, and are now married) wanted to set the record straight, and the result is A Sliver of Light: Three Americans Imprisoned in Iran, which Bauer, Shourd, and Fattal will discuss with Berkeleyside co-founder Frances Dinkelspiel on Thursday, March 27, at the First Congregational Church of Berkeley (2345 Channing Way).

Bauer describes many obstacles to writing about his time in prison, but in the memoir he points to the crux of the challenge as this: “How do I provide the texture of an experience whose essential quality is its texturelessness?” The answer lies in the visceral descriptions of moments of despair, frustration, anger, and joy, which create an emotionally absorbing and multilayered portrait of imprisonment. “It was hard to capture that it wasn’t a big, black dungeon, because in so many ways, it was,” said Fattal. “But in the lived experience, it was so much more complex.”

The book’s perspective alternates between that of Bauer, Fattal, and Shourd. From the beginning, the reader is aware of the authors’ fates, yet there’s still a feeling of suspense. You believe along with them that their capture must be a misunderstanding, that their interrogators will see the absurdity of their accusations, and that their freedom is imminent as they are shuttled from one facility to the next.

That’s largely due to the particularly complex descriptions of their emotional states. While they celebrate small victories, such as when Fattal negotiates the return of his books from a guard, they simultaneously worry that their time in prison is permanently changing them. At one point, Bauer observes that he has started to feel at home in prison, and during the time leading up to their release, Fattal admits that he wants to stay longer. In describing the passage of time in solitary confinement (“It stops being a stream and becomes a shallow, fetid pool,” Bauer writes), the covert friendships they develop with other prisoners, and the bickering between Bauer and Fattal over the number of water bottles to keep in their cell, they give equal weight to each moment.

The three first discussed writing their book while they were in prison — “but, as with a lot things in prison, those were hypothetical conversations,” said Shourd. “We were aware of how distorted our reality had become.”

In addition to wanting to correct misinformation about their experiences, Bauer, Fattal, and Shourd hope their memoir will help people empathize with prisoners — including those in this country. “Even though the circumstances of our imprisonment are in many ways unusual, there are many things that are analogous to people in the United States,” said Shourd. “Look at the conditions of isolation. After thirty years of our prison population exploding, have our communities become any safer? Are we any better off, or are we worse off?”

A Mother of Modern Medical Marijuana Calls in a Favor