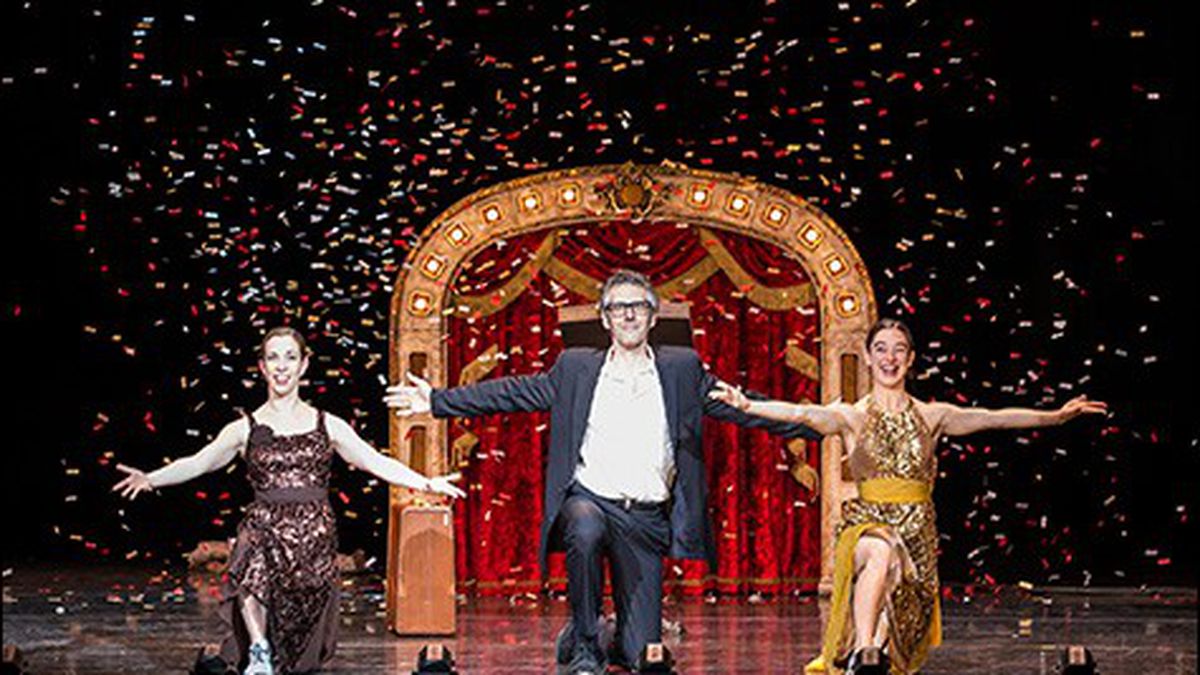 Buying a ticket for a modern dance show is like putting money down on a roulette table, said Ira Glass, host of the public radio show This American Life. “People are always proud of themselves when they go to a modern dance show and they get it,” he said during a phone interview. Not being one to shy away from taking a creative risk, Glass decided to combine the often-misunderstood medium of dance with radio for his latest show, Three Acts, Two Dancers, One Radio Host.

“I’m touring with [members of] a dance company,” he said, referring to dancers Monica Bill Barnes and Anna Bass. “I tell stories, they dance, which I know sounds awful, but I swear is good. I feel like we’re inventing this medium that nobody wanted. Combining radio stories and modern dance — the three of us are the only ones who wanted that.”

The show — which premiered in Philadelphia last April and stops by Zellerbach Hall (Bancroft Way below Telegraph Ave., Berkeley) on Saturday, March 29 — is similar in structure to a This American Life episode. There are three stories: The first is about show business, the second is about love, and the last is about losing what you love.

Barnes and Glass began discussing the idea for the show after Glass attended one of her company’s performances at the Joyce Theater in New York in 2011. He sent her an email, telling her how he felt like what she was doing with dance was similar to what he was trying to do with his radio show. It was a huge compliment for Barnes, who had always tried to emulate Glass’ artistic storytelling in her choreography. Glass then invited Barnes and her company member Anna Bass to perform in a This American Life live event in 2012. After that successful collaboration, they decided to create Three Acts, Two Dancers, One Radio Host.

Barnes acknowledged that modern dance’s intangibility can be confusing for audiences, so while the dances in the show are not literal representations of the stories Glass is narrating, they are also not entirely abstract. Her goal is to choreograph pieces that seem familiar so that viewers feel as though they know the dancers. At the same time, Barnes tries to represent the emotional weight of a given story by creating a physical situation that has just as much at stake. “The movement works the way the music works on the radio show,” said Glass. “It adds a feeling to things.”

For example, in one story about a husband taking care of his wife during the last few days of her life, Barnes and Bass stand atop a dining table and move very slowly, holding each other in their arms. “It takes the feeling of the radio story and just deepens it in a way that’s really beautiful,” said Glass. “The stories that work the best are the ones that carry a lot of emotion.”

When asked whether he busts out any dance moves of his own during the show, Glass was mum. “I don’t talk about that,” he said. Looks like you’ll have to find out for yourself.

8 p.m., sold out, but a limited number of tickets may become available. Go to CalPerformances.org to get on the list.