.Femmes to the Front: Portraits of Queer Femme Identity

An excerpt from Femme Space by Amanda Arkansassy Harris. 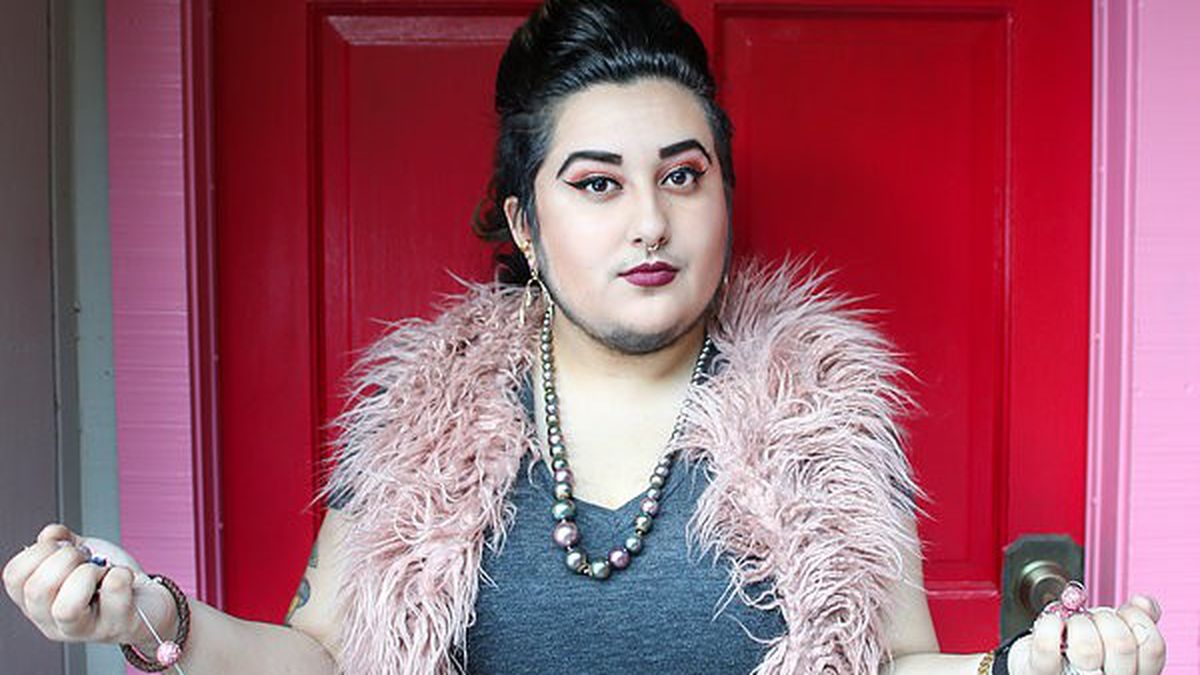 Amanda Arkansassy Harris describes herself as a “queer high femme charmer from the South.” And she’s striving for femmes to be more accepted in the queer community. In her recent photo project Femme Space, the San Francisco photographer shot portraits of queer femmes of all stripes in spaces that they personally want to reclaim — places where they’ve felt erased, unwelcome, or pushed into the corner at times because of their queer femme identity. Both strikingly intimate and surging with attitude, her subjects stand proudly at sites varying from sports stadiums, to San Francisco’s Castro District, to their own homes. What follows is a selection of Femme Space portraits with excerpts from the subjects’ statements about why they chose the spot they did. To view the full series and statements, visit FemmeSpace.net. —Sarah Burke

“If you don’t “see” femmes as queers, it’s because you choose to not see us. You are invested in our erasure. We are here. We have always been here.”

“It is my aspiration that trans folks, especially trans folks of color, can navigate sports spaces without having to face arguments about unfair advantages, bathroom usage, and gender expression.”


“I’ve been groped and yelled at as well as had my picture taken non-consensually. Just for being fat and femme in public. I would wear the most modest and drab clothing hoping no one would notice me. I am sick of disassociating just to get through my morning commute and I’m ready to spread my legs and arms wide.”

“My favorite quote is ‘Imagining a home is political of an act as imagining a nation’ by Rosemary Marangoly George. As I dissect my guilt around pulling away from burnout-inducing social justice work, I learn how radical it can be to undermine systems right here at home, both for my own self-care, and for the broader subjectivity of homemaking.”

“I constantly have to deal with people’s projected expectation of my time, energy, and care and when I don’t fulfill the Wendy to their lost boy fantasy, I get punished. I am constantly having to remind my own community that I am not their mommy.”

“As a born and raised Oakland femme, I have struggled trying to stay put in the Bay Area. I’ve been pushed out many times due to gentrification and the rising cost of living.”

“Many of us live at the intersections of race and class and marginality, femininity and invisibility. Femmes have always been at the forefront of movement building. You cannot erase us.”

“I feel as if people refuse to believe that boys can be beautiful. They can be delicate. They can be femme. It’s really no one’s business what I am, unless they are genuinely interested in me as a person.”