Some new bike apparel lines see a future beyond Spandex. Others look to the past. 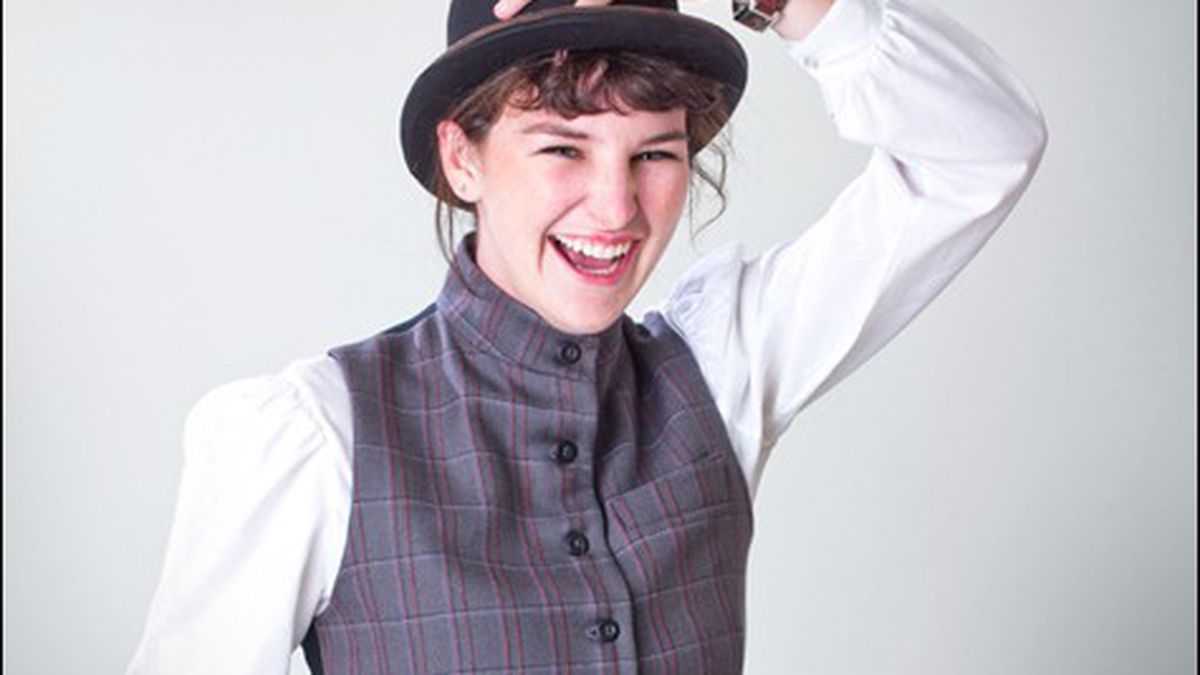 The business credo at Upland Sports Group — that it’s finally cool to ride a bike — used to have a certain air of uncertainty, or, at least, a flush of optimism. Now it’s just a statement of fact. So said Gary Vasconi, who founded the Emeryville company ten years ago with his friend, fellow third-generation Italian-American and tech sector refugee Robert Carbone. Upland now acts as a distribution arm for Capo, a brand of cycling apparel that graces brick-and-mortar stores in both the US and Italy. Over the past decade, Vasconi has seen a tectonic shift in cycling culture as it moves from the athletic world to the urban one. It has only accelerated his business. “Cycling is the next golf,” he crowed in a recent phone interview.

Perhaps that’s sunny retail-speak for a phenomenon that should be readily apparent to any denizen of a major US city. Bikes aren’t the new golf clubs per se; they’re actually the new automobiles. Cheap, efficient, and non-carbon-emitting, they’ve begun supplanting traditional gas-guzzlers as well as public transit. And in places like the Bay Area, they serve as status symbols. Not only have local cyclists divided themselves into a set of subcultures, they also have a vast taxonomy of fashion items to go with each.

What you wear depends on where you fit in the food chain. Sure, we’ve all seen the helmet-less hipster riding down Telegraph Avenue on a fixie, pant-leg rolled up, tramp stamp forming a decorative arch over her plumber’s half-moon. But it doesn’t have to be that way, say some of the more fashion-conscious cyclists in the East Bay. In fact, one need not sacrifice respectability or personal taste for the sake of a two-wheel commute.

One of the best solutions to the pant-leg problem — that is, the misfortune of snaring your jeans on the chain of your bike, and leaving them in tatters — is a pair of breeches or knickers, of the style worn by English equestrians. Local clothier Nan Eastep helped resurrect that form about five years ago, when she first took interest in “the discerning bicyclist” as both a muse and a consumer demographic. Eastep says that one of her close friends was an avid cyclist, and his shredded pants were a source of inspiration. “I’m trying to rejuvenate the experience of wearing wool for an active life,” she explained, touting some of the salutary properties of the fabric — the manifesto on her website describes wool as naturally insulating, as well as “antimicrobial and antibacterial.”

All of the cycling attire in Eastep’s clothing line, B. Spoke Tailor, harks to a bygone era when cars didn’t yet dominate city streets, and stagecoach was actually a prevalent form of transportation. The models in her photographs wear bowler hats, wool vests, breeches, watch chains, waxed cotton raincoats, rain capes, Merino wool helmet liners (made from recycled sweaters), and arm-warmers — the latter items are more contemporary, of course, but the wool fabric still gives them a vintage allure. None of her products are all that cheap (a suit can run anywhere from $200 to $2,500) but they’re all hand-made and durable. Moreover, they allow the wearer to look presentable when she tethers her bike to a pole and walks into the office, or into a coffee shop to meet a date.

“One of my customers is 65 and she works at Berkeley Labs,” Eastep said. “She’s a scientist, but she’s also an athlete. She does double centuries [200 miles] and commutes from Lawrence Lab from Albany every day.”

Evidently, the wool suit works well if you’re the kind of person who wakes up early to ride up to Grizzly Peak every morning. Equally important, though, is the emerging market of urban townie bikers who want to look good riding their Schwinns or beach cruisers to the farmers’ market. Charlotte Oelerich, who co-owns Tip Top Bike Shop in Oakland’s Temescal neighborhood, says that B. Spoke isn’t the only clothing manufacturer to cast its eyes on a simpler, more bucolic, and decidedly more elegant era: Portland-based company Bontrager has also released a line of trousers and riding wear for the everyday commuter. Even Levi’s launched several new products specifically designed for bike commuters, including a chambray work shirt, trucker jackets, and water-resistant commuter jeans with — get this — a slit big enough to fit your U-lock in the belt buckle.

But practical concerns are also driving the market, Oelerich said. Take Brooks saddles, which are enjoying a revival among casual cruisers and racing cyclists alike. Manufactured in England for more than a century, they gird your backside against chafing, whilst providing a nice, stylish, durable leather accent. Or helmets, for that matter. Although many commuters still regard them as dorky or unfashionable, hats are now being redesigned and marketed to a younger demographic. Companies like Nutcase and Lazer have filched ideas from skateboarding culture, the former using bright colors and graphics, the latter opting for matte colors that still provide a nice patina. Some helmet manufacturers have also added reflective material as an aesthetically appealing safety feature.

While many companies rush to court the townies, others, like Upland Sports, are fixated on another burgeoning demographic — that of the techies and corporate types who might, in a different era, be playing golf or riding horses. Vasconi worked for Cisco Systems before entering the cycling apparel market, and he still has many connections in the tech world. He and Carbone cater to corporations with health-and-wellness programs for their employees, and companies that organize staff charity rides and order matching jerseys for everyone. Indeed, Italian-style jerseys, shorts, caps, and gloves constitute the lion’s share of Capo’s inventory, much of it sold as part of a “kit” or package of at least five matching tops and bottoms (modeled after a team uniform). It’s a combination of Europhilia and a new desire for visibility, Vasconi said, explaining that Capo harnessed both in its effort to commandeer the corporate market.

“People used to just wear black [shorts] and solid-colored jerseys,” Vasconi recalled. “Now they want to match from head to toe.” He continued: “We call it ‘European influence,’ ‘Eurotrash,’ or ‘bling-bling’ — whatever you want to call it, they want to be seen.”

In short, new trends in bike fashion could point to any number of conceptions about cycling and sociology: environmentalism, nostalgia for simpler times, health-consciousness, pragmatism, the desire for a leaner future, group-think, even status. (In Europe, you brandish a jersey to express support for “an elite team,” Vasconi says.) And, at the end of the day, some people still avoid fashion at all costs. Jonathan Hewitt, who manages Montano Velo on Piedmont Avenue, says that customers resisted all of the store’s attempts to be part of the new sartorial zeitgeist. Their core market is still the roadie biker who doesn’t mind wearing Spandex and looking like a human sausage, he lamented.

That said, one item has sold quite well at Montano Velo: The Broakland messenger hoodie, made by a Cambridge-based company called Earth, Wind and Rider. At one point, Hewitt said, you couldn’t go to a cyclist barbecue in Oakland without seeing a bunch of them clustered around the grill. Perhaps that’s the best way to peddle a fashion item in Oakland: make it cool, but devalue it at the same time. Because, traditionally, bikes weren’t made for would-be golfers — they were the broke man’s transit.