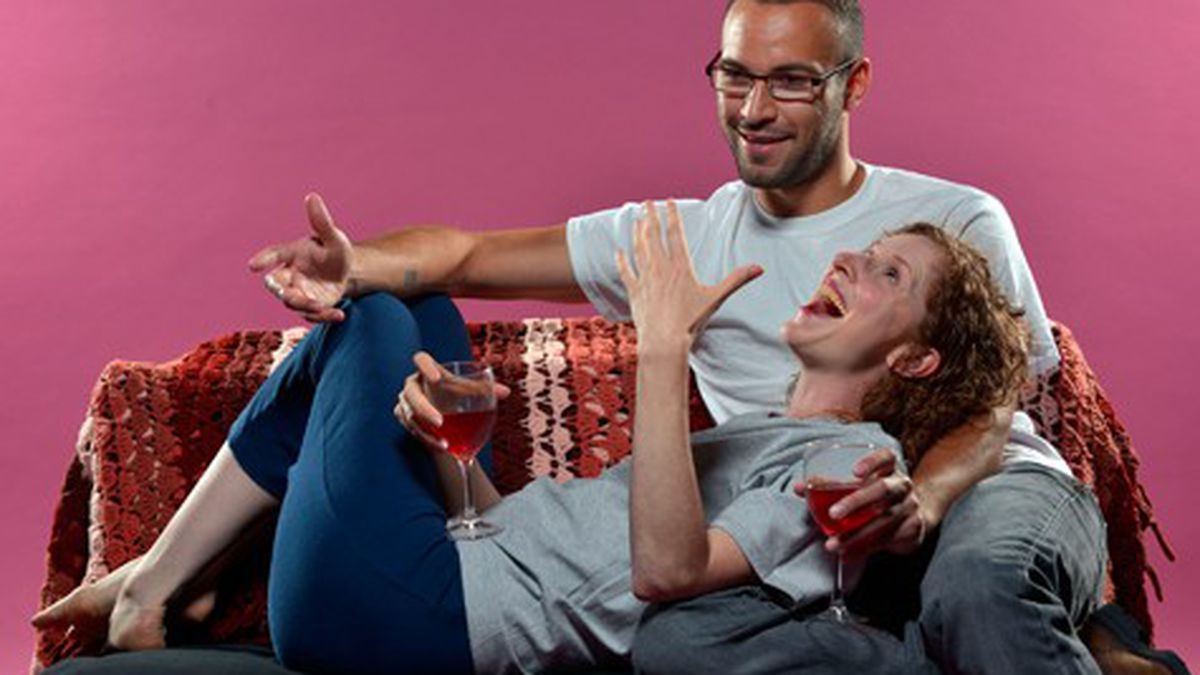 If art imitates life, then this fall’s theater season plans to take a raw, hard look at something very personal for audience-goers: Home. Wars and unrest may be raging abroad and across the United States, and reminders exist in downtown Oakland’s poor, beleaguered Sears, whose post-Trayvon Martin protest-bashed windows remain boarded up. But none rage quite so loudly as those in our own backyards (or living rooms, as the case would have it). While home life has always lent itself to the dramatic, the ever-changing notion of family, its constructs, and politics are undergoing a drastic mindshift.

“I think writers, particularly writers who have reached adulthood in the past few decades, are dealing with the idea of finding stability in non-traditional family environments which are highly charged with the onslaught of new technologies,” said Tom Ross, artistic director of Aurora Theatre Company (2081 Addison St., Berkeley), which opens its 22nd season with the charged family drama After the Revolution (Aug. 30-Sept. 29). Written by Amy Herzog and directed by Joy Carlin, the Bay Area premiere of this American tale hinges on young Marxist idealist Emma Joseph coming to terms with her grandfather’s questionably radical past. The revolution may not be televised, but it will certainly be staged, as progressive politics bump up against the less hopeful reality in which we find ourselves today. “The things that we inherit from our families are the things that we really question,” said Herzog. And it’s true: Family is a past you can’t escape from. AuroraTheatre.org

Shotgun Players tackles issues of the domestic with a re-envisioning of history’s most infamous couple, Bonnie & Clyde (through Sept. 29) with the ominous-sounding tagline “People you love are not replaceable.” While much has been documented and romanticized in regard to the criminal antiheroes, this version aims to show the human, private side to their story. Passion and violence abound in this work by Adam Peck, directed by Mark Jackson, and based, of course, on a true story. At The Ashby Stage (1901 Ashby Ave., Berkeley). ShotgunPlayers.org

Family is not just a word, it’s a sentence in Berkeley Rep’s season opener and last-minute addition, Vanya and Sonia and Masha and Spike (Sept. 20-Oct. 20). In Broadway’s Tony Award-winning play, Christopher Durang brings his barbed wit to the characters and themes of Chekhov, providing dark comic relief to everyone’s favorite ornery Russian playwright. Siblings Vanya and Sonia (the most miserable characters in the Chekhov canon) have spent their whole lives in their family’s farmhouse in rural Pennsylvania. Meanwhile, the third sibling, Masha, has become a famous movie star, and brings home her hot, twentysomething boy toy, Spike, to upend and question the siblings’ quiet, yet disquieting, existence. Audiences don’t need to brush up on Chekhov’s doomed motifs in order to appreciate the play, however, especially since familial disappointment is a theme as ubiquitous as Grumpy Cat memes. At Berkeley Rep (2025 Addison St., Berkeley). BerkeleyRep.org

The San Francisco International Arts Festival and KulturePlus Productions ask us to step back into the unsettling past with ensemble theater Studium Teatralne’s one-night-only performance of The King of Hearts Is Off Again on October 5 at University Theatre in Hayward (25800 Carlos Bee Blvd.) (or three nights if you catch the show in San Francisco, Oct. 2-4). Studium Teatralne comes all the way from Warsaw to bring to life the true story of Izolda Regenberg, a young Jewish woman trapped in the Warsaw ghetto with her husband and their families during World War II. King of Hearts tells of Izolda’s escape from the ghetto and subsequent life disguised as an Aryan woman so that she might save her husband from the death camps, her all-consuming obsession. Adding to the already demonstrable feat is that the ensemble employs the Grotowski method, in which four actors play 22 different characters with a minimalist set. SFIAF.org

In a similar historical vein, Berkeley Rep presents the musical memoir and true story of Lisa Jura, a young Jewish pianist whose life is upended by the Nazi Holocaust in The Pianist of Willesden Lane (Oct. 25-Dec. 8). With trouble on the horizon, Jura’s father secures her a place on “kindertransport,” the rescue mission that enabled 10,000 Jewish children to flee to England. Her parents and two sisters were left behind. Jura’s daughter, Grammy-nominated concert pianist Mona Golabek, narrates her mother’s remarkable tale both with words and live music. Adapted and directed by Hershey Felder, Pianist makes an evocative case for the power of art as survival, and how love and family “reveal and revel in our historical moment,” as Tony Taccone, artistic director at Berkeley Rep, put it in the press release.

Also providing live musical accompaniment so that we might better relish the past is Red Virgin (Oct. 19-Nov. 24), which closes the curtains on Central Works’ 23rd season. Red Virgin tells the story of Louise Michel, one of France’s most badass revolutionaries, and her role in the socialist uprising known as the Paris Commune of 1871. Written by company co-director Gary Graves, this theatrical biography of Michel, the “French grand dame of anarchy,” reminds us that defending the ideals of our homeland means sometimes leaving it. At the Berkeley City Club (2315 Durant Ave.). CentralWorks.org

As the season continues and the days become darker, so does the theater. Shotgun’s Strangers, Babies (Oct. 15-Nov. 17) centers on the troubling life of a young woman once involved in the killing of a child. Aurora pits art against faith in the Bay Area premiere of Samuel D. Hunter’s Obie-Award-winning A Bright New Boise (Nov. 8-Dec. 8). Apocalyptic moods abound when Will, a remorseful religious fanatic who fled his congregation after a tragedy, hopes to reconnect with his estranged teenage son before the Rapture. But lest you think Boise is all doom, gloom, and tater tots, the play lightens the mood by being set in a Christian-owned arts supply store, so you know Hunter has a sense of humor about redemption. Thanksgiving sees the mood shift to one of more goodwill toward man with a playful love story from Berkeley Rep, Tristan & Yseult (Nov. 22–Jan. 6). Kneehigh, the British theater company that brought us The Wild Bride and Brief Encounter, will turn the 12th-century legend into a modern-day spectacle, replete with comedy, live music, singing, dancing, and inventive staging in this West Coast premiere. Directed and adapted by the capable Emma Rice and written by Carl Grose and Anna Maria Murphy.

The adage “You can never go home again” may be true, but as this season’s evocative and timely dramas unfold, you may not even want to. “This season leans strongly towards plays that deal with generational issues between fathers and daughters, mothers and sons, as well teachers and students,” Aurora’s Ross said. The themes may not be new, but as distance and technologies continue to jostle our notions of home and how family holds people so tenaciously in the very places they want to escape, you won’t want to miss seeing it all play out live, whether it be with musical accompaniment, aerial theatrics, or tongue firmly in cheek. Home is, after all, where the art is.