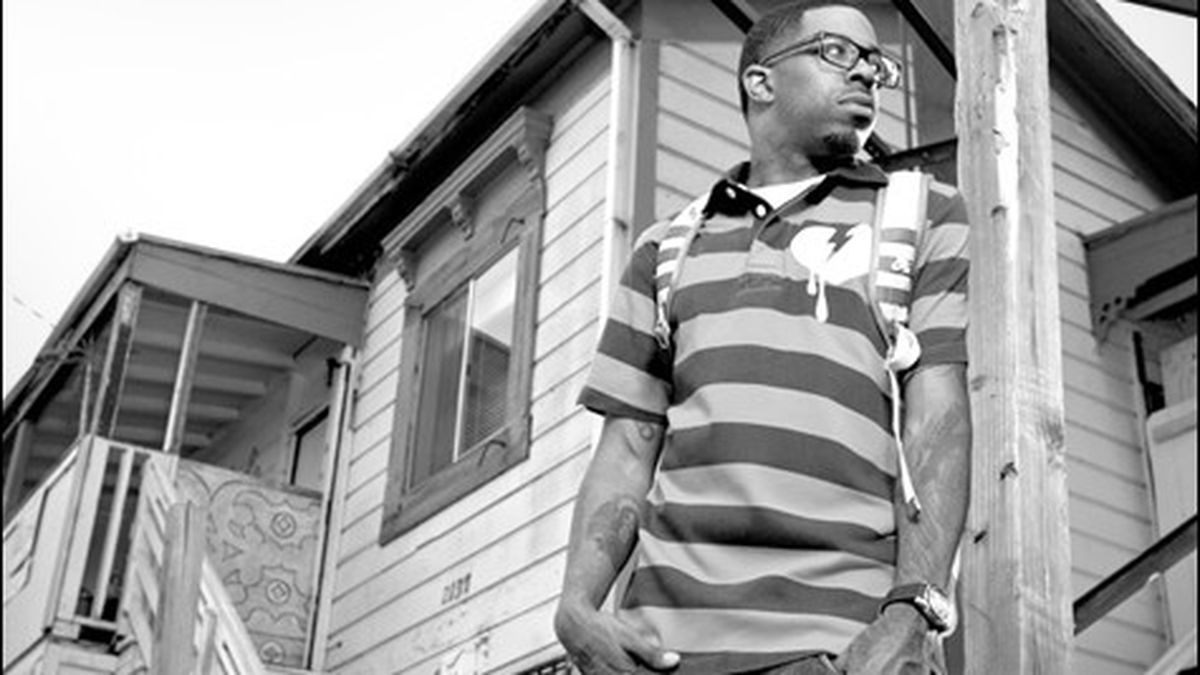 Erk, Skeme, and the Death of Swag

Another hip-hop movement has passed its expiration date. Only the strong will survive.

Has anyone proclaimed the death of swag yet? It’s about time. So said rapper Erk Tha Jerk, via an obnoxious slogan on the shirt he wore to Brick & Mortar Music Hall last Saturday: “Fuck Your Swag.” Erk has always been slightly ornery, which has helped him get ahead in hip-hop — a genre in which nice guys definitely finish last. But lately, he’s seemed particularly ill-at-ease. Erk took the stage at Brick & Mortar in a hooded sweatshirt, jean jacket, and cap, his face almost entirely obscured but for a large pair of glasses. He had one hype man in tow and a DJ whose job was merely to cue tracks. Between songs, the DJ appeared to be text messaging. The crowd was sparse, the cops were patrolling outside, the headliner, Skeme, had a cold. At least two of the six opening acts had involved some kind of “cooking” dance. The whole trend was starting to get annoying.

“Swag,” that rather nebulous term for the loose collection of rappers who’ve coalesced around Kreayshawn and Lil B, was created specifically for the millennial generation. It’s a scene built around Internet memes, and the main cult figures established themselves on Twitter and YouTube before getting signed the old-fashioned way. In the process, they created a whole series of weird slang terms and behaviors — most notably, the so-called “cooking” dance, which involves an imaginary spoon and a lot of exaggerated stirring motions. They’ve made it commonplace for emcees to perform over prerecorded vocals, assuming that the “oral tradition” of hip-hop no longer counts for anything. Their music caters to people with short attention spans. Some of it is interesting in a sort of anthropological way. The rest is just plain weird.

Take, for instance, the Lil B-lookalike who came on right before Jay Ant at the Brick & Mortar show. I heard racism still exists/But that ain’t the case with my dick, he rapped in a song about how his non-discriminating libido might ultimately save the world. With its hooky beat and licentious, politically reprehensible lyrics, it was probably the most well-received song of the night. The ghost of hyphy had reared its ugly head.

Needless to say, it got old pretty fast. When Jay Ant decided to close his set out with “cooking” music, audience members stared at him blankly. That caused Jay Ant to get tetchy. “Don’t be standing there, looking like you got a knife and fork in your pocket,” he chastened. “Cook!” A few people made desultory stirring motions. Others stood with their arms folded. Someone tried breakdancing.

But as the hour got later, those imaginary spoons and frying pans disappeared. The better rappers on Saturday’s lineup didn’t require any cooking dances or gimmicks — most of them emphasized substance over swagger, and favored classical hip-hop tropes over current trends. Erk, who might have been the most well-known artist in the bunch, was also the least eager to please. He skipped his two slow jam radio hits, opting instead to rap about anger, misanthropy, and ennui. Like a practiced schoolyard freestyler, Erk spat insults in double-time and found creative ways to trounce his haters. His song “Jump Out the Window,” — which featured fast, boastful rapping over an impatient, crunchy beat — didn’t get the reception it deserved that night, but it was definitely the show’s highlight.

Erk and his hype man remained on stage for the headliner, a Los Angeles emcee named Skeme who’s also something of a traditionalist. Skeme wore white tube socks and a Rebels cap, complained about how the San Francisco weather had made him ill, and sipped bottled water between songs. As the night wore on, Skeme began rubbing his temples. By then the crowd, which wasn’t that big in the first place, had thinned down to a few die-hard fans — most of whom had also performed that night. A Richmond emcee named Iamsu bounced around in a beanie and Mickey Mouse shirt. The “my-dick-don’t-discriminate” guy chatted with a woman in the audience. Other people went outside to smoke.

Although the cards were stacked against him at that point, Skeme delivered a solid half-hour of songs from his two recent mixtapes, The Statement and Pistols and Palm Trees. (Both are available as free downloads on his website.) Skeme is a more introspective rapper than many of his contemporaries, and he’s also blessed with an inimitable, croaky alto. Even his boast raps are pretty clever: Feel this/You can’t gamble with little chips/Got it, been had it/You talkin’ bout what you will get, he blustered on the song “Keep It G,” which features a syncopated woodblock beat.

Skeme certainly doesn’t indicate a paradigm shift in hip-hop — if anything, he’s using the tried-and-true formulas that were perfected by artists like Kanye and Nas. But he does the old stuff pretty well, and offers a welcome reprieve from the weirdness of, say, pantomime egg-frying. Even Lil B took a more conventional approach on his debut album, I’m Gay, which had none of the bizarro antics that made him a YouTube sensation. Perhaps he, too, has realized the limitations of a trend he helped create.

Right now the “Swag Is Dead Movement” only has a few hundred followers on Facebook, but it appears to be growing. Let’s count on Erk and Skeme to put one last nail in the coffin.