A coalition of environmental organizations has sued the California Department of Pesticide Regulation over its approval of pesticides that experts believe pose a significant threat to honeybees and other pollinators. The Pesticide Action Network, which is based in Oakland, along with the Center for Food Safety, Beyond Pesticides, and Earthjustice filed the lawsuit yesterday, alleging that the state agency — which is responsible for assessing the impacts and risks of pesticide uses — has violated the law in a recent decision to expand the use of two chemicals that research suggests are harmful to bees. 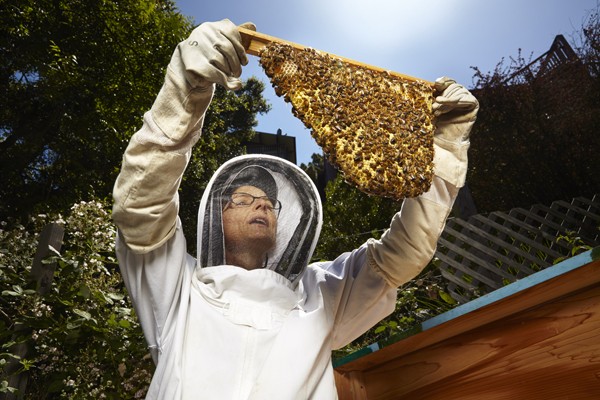 The ongoing advocacy efforts of the plaintiffs in this lawsuit were at the heart of my recent cover story, “What’s Poisoning the Bees,” which explored the role of pesticides in bee declines. Since 2006, beekeepers across the country have been experiencing abnormally high losses each year, which have devastated their businesses and raised serious concerns about the potential impacts on our food system; roughly one-third of our food depends on bee pollination, which sustains more than $15 billion in crop value each year in the US.

While the rapid bee losses were at first largely considered a mystery, environmentalists, scientists, and beekeepers have increasingly pointed to neonicotinoids, a widely used class of pesticides, as a key culprit in the decline of honeybees and other critical pollinators. Though Europe has temporarily banned the use of certain neonicotinoid compounds due to concerns about bee health, the US Environmental Protection Agency has continued to approve the widespread usage of these toxic chemicals, which environmental advocates believe is in violation of its duties.

This new suit, filed in Alameda County Superior Court, alleges that California has also been negligent in its pesticide approvals.

The lawsuit specifically challenges the department of pesticide regulation’s decision in June to expand the use of two neonicotinoid insecticides that are sold under the trademarks Venom Insecticide and Dinotefuran 20SG. In response to concerns about impacts on honeybees, the agency began a scientific review of neonicotinoid pesticides in early 2009. But five years later, that review is still ongoing, and until it’s completed, the state has an obligation to stop approving these pesticides, the environmental organizations argue. The agency has violated a number of laws — including the California Environmental Quality Act — that are designed to ensure that pesticides do not threaten the environment, according to the activists.

In early 2009, DPR [Department of Pesticide Regulation] was compelled to initiate a “revaluation” as to whether use of neonicotinoids should be curtailed, based on evidence that they may be devastating honeybees. Over five years later, DPR’s reevaluation remains ongoing with no end in sight, and DPR has taken no significant steps to protect honeybees. And DPR’s foot-dragging is only part of the problem. Pending its reevaluation, DPR has not hesitated to make the existing problem worse by expanding the use of neonicotinoids without any meaningful analysis of the impact to bees or feasible alternatives, in violation of the California Environmental Quality Act … and other laws. DPR’s actions are consistent with the agency’s illegal pattern and practice of rubber-stamping applications to approve new pesticides without first complying with laws enacted to ensure that they are safe.

“State officials have approved pesticides time and time again, despite mounting scientific research and real-world evidence that neonicotinoids pose harm to bees,” said Paul Towers, organizing and media director for Pesticide Action Network, said in a statement. “With no action in sight, we must take the state to court to protect bees, beekeepers and our food system.” 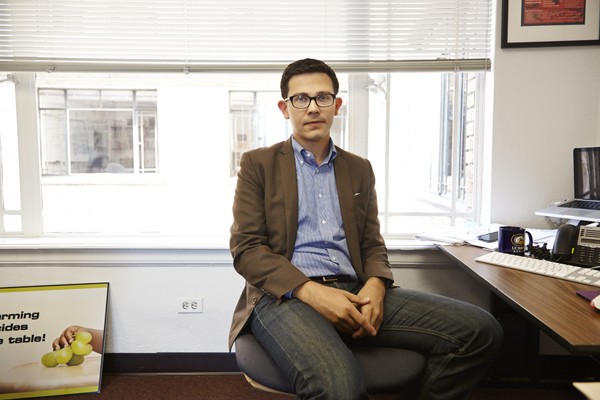 These groups have also supported legislation (AB 1789) that would establish a timeline over the next two years for the state to finish its review of neonicotinoids and issue a determination. Lawmakers will take up that bill again when the legislature returns from recess in August, according to the environmental groups.

Paul Verke, a spokesperson with the department of pesticide regulation, told me the agency does not comment on pending litigation, and as of last night, had not yet received the official version of the lawsuit.

But state officials, in correspondences with environmental groups regarding pesticides and pollinators, have argued that there is not enough evidence to merit the cancellation of neonicotinoids. In a December 2013 letter issued to a coalition of advocacy organizations, signed by the California Department of Pesticide Regulation, California Department of Agriculture, and California Environmental Protection Agency, officials wrote: “To date, DPR has not received conclusive evidence that neonicotinoids pose a significant threat to honeybees; however, based on data submitted to DPR showing a potential hazards to pollinators, in 2009 DPR initiated a reevaluation…”

The letter went on to explain that DPR has required pesticide manufacturers to “engage in rigorous, new testing of neonicotinoids as a condition of their use.”

When I was reporting on my cover story in May, a pesticide regulation spokesperson told me that the pesticide manufacturers are still doing testing and monitoring for certain crops and that the results could be available sometime next year.

“If at any point during its reevaluation of neonicotinoids, after consultation with U.S. EPA and Canada, DPR determines it has sufficient scientifically robust data indicating a need for additional mitigation measures, DPR will take appropriate action at that time,” the spokesperson wrote in an email to me at the time, adding that neonicotinoids, when responsibly applied, play an important role in the eradication of disease-carrying pests and are key “management tools which can be used to protect some of this state’s diverse agricultural crops.”

For more on the mounting evidence against neonicotinoids, and in-depth stories on the losses beekeepers have suffered, check out “What’s Poisoning the Bees.”