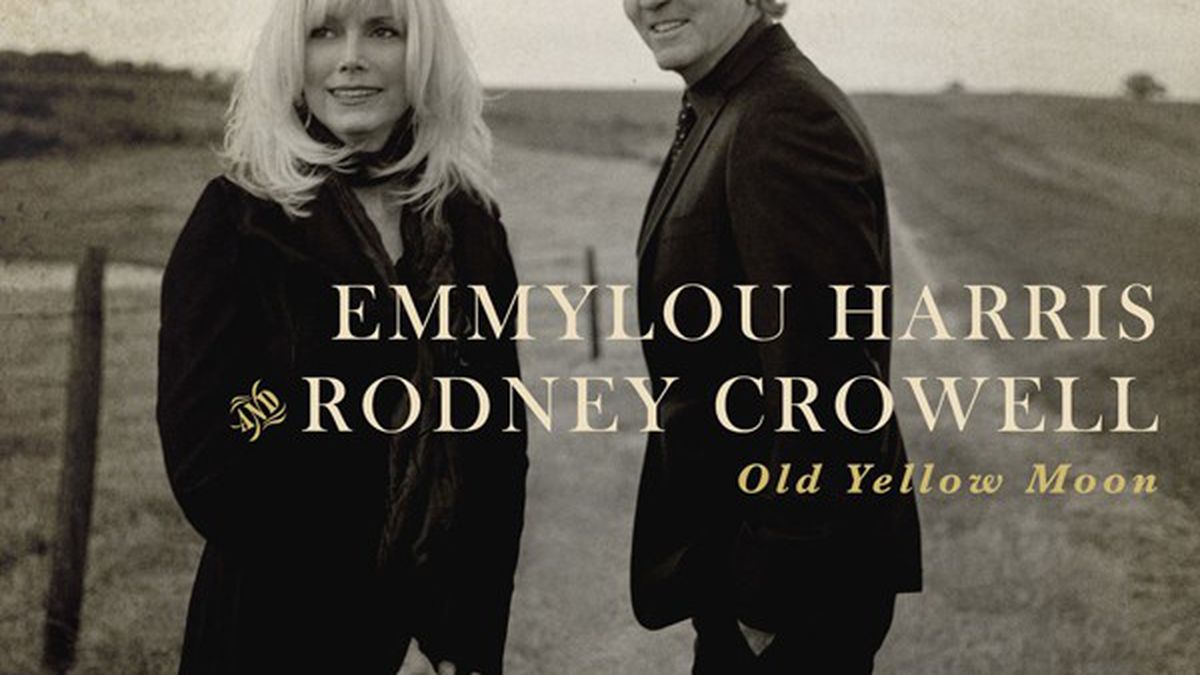 Emmylou Harris’ gift for harmonizing has defined her career. Her early duets with Gram Parsons placed her in the ranks of country music’s most talented vocalists, and she has continued to forge an array of fruitful partnerships over the years — including with Linda Ronstadt and Dolly Parton on 1987’s Trio, and with producer and singer-songwriter Daniel Lanois on 1995’s Wrecking Ball. With Old Yellow Moon, Harris partners with guitarist and songwriter Rodney Crowell.

The duo first worked together in 1975, when Crowell was the guitarist in Harris’ Hot Band. Crowell wrote “Bluebird Wine,” which first appeared on Harris’ major label debut, Pieces of the Sky, and is one of a handful of songs by Crowell that Old Yellow Moon revisits. The albums itself feels like a revisiting, with Harris and Crowell carefully invoking the cosmic Nashville sound. The result is perfectly pleasant, but more mediocre than dynamic.

Most of the material feels thin. The freshness prevalent on so many of Harris’ other joint efforts is missing, her usual vitality replaced by a seemingly rote walk down memory lane. Still, the best qualities of both artists occasionally shine through. Some of the highlights are Harris’ reverent rendering of Patti Scialfa’s “Spanish Dancer” and the quiet infectiousness of the Crowell tune “Open Season on My Heart.” Harris imbues Matraca Berg’s “Back When We Were Beautiful” with a wistfulness not many singers could manage without sounding sappy.

Harris’ long and illustrious career is far from over, and although this latest album falls short of being distinctive, it’s still worth listening to. (Nonesuch)