The East Bay's tiny development powerhouse is rethinking how it grows, with an eye toward building more affordable and family-friendly housing and funding public services. 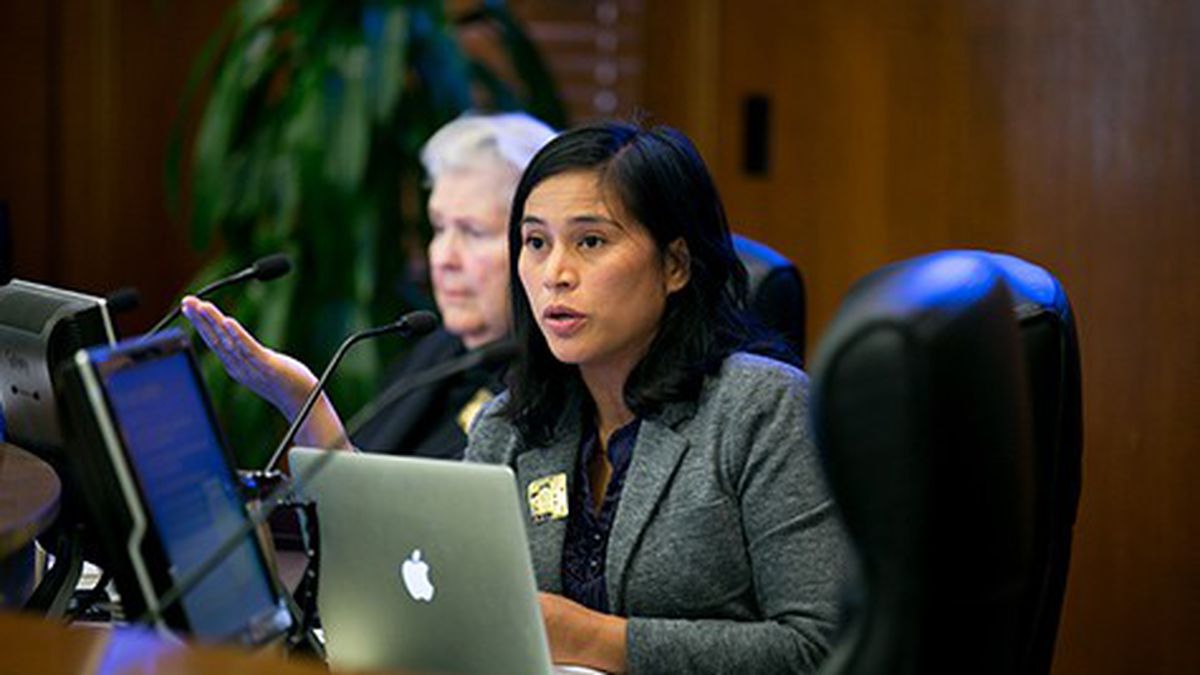 During the heyday of redevelopment, Emeryville was practically rolling in cash. An A-list of real estate developers lined up to build thousands of housing units and massive shopping malls. The compact East Bay burg, much of it a blighted and toxic landscape of hollowed-out factories, quickly morphed into a sparkling model of new urbanism. From 2000 to 2010, Emeryville’s population expanded by 46 percent, but the city, a veritable growth machine, added housing faster than people, growing its stock by 56 percent. Emeryville’s leaders took advantage of nearby Berkeley’s aversion to big-box stores, adding retailers who generate millions in sales taxes.

But growth under this regime created problems — problems that have mushroomed in recent years, threatening the social fabric of the city. Emeryville’s redevelopment-era regime raised money based on the expected future tax revenues that new retail and housing would generate, and channeled these funds into building even more housing, retail, and office buildings through the city’s redevelopment agency. But under the rules of redevelopment, new property tax revenues raised in the city’s redevelopment zones — which covered a full 95 percent of Emeryville — couldn’t be used by the school district, transit agencies, and other public agencies responsible for essential services.

“Revenues just went back into more development,” explained Emeryville Councilmember Jac Asher. “If you’re building for a population that doesn’t need or want schools, public transit, or more money for parks, that kind of financing makes sense, but what you end up doing is building housing and neglecting all those other things people need for a community.”

Emeryville, therefore, built itself into a city overrun with studios and one bedroom apartments, many of them with runaway rental prices. During the redevelopment boom, there weren’t rules to require developers to build larger apartments and more condos. Families have struggled to stay in the city. Emeryville has one of the lowest percentages of households with children in the Bay Area — 12.5 percent, 18 points below the Bay Area average. And because redevelopment focused on shopping malls topped with apartments, the city struggled to create public spaces and parks. Residents today complain about snarling traffic due to underinvestment in transit. Schools lack money. Private spaces dominate the landscape.

But Governor Jerry Brown’s decision to eliminate redevelopment throughout the state in 2012 also had a downside for Emeryville. It killed the city’s primary mechanism for building affordable housing. Before the dissolution, 20 percent of the units in the city’s redevelopment agency projects had to be priced as affordable, while 15 percent of private projects taking advantage of agency resources also had to be affordable.

“We’re trying to hit reset,” said Asher. Asher is one of the council’s newer, more progressive members. Along with councilmembers Dianne Martinez and Scott Donahue, the three constitute a progressive majority that is attempting to shift Emeryville’s development paradigm.

The new course they are charting has been a bumpy ride so far for a real estate industry used to getting its way in a city famous for catering to builders. Last year, Asher led a ballot initiative to transform Emeryville from a general city into a charter city so that it could impose a higher real estate transfer tax — more in line with what nearby cities impose. Realtors, many from out of town, fought the measure, but Asher and her colleagues won. The city now collects millions more from transfer taxes on big real estate deals and has been able to backfill revenues lost when redevelopment dissolved.

Earlier this year, Asher proposed a 45-day moratorium on approvals for new real estate projects to give the city time to devise new policies. The proposal failed because of a massive pushback from builders and developers. Although Asher, Martinez, and Donahue voted for it, the measure needed four votes, instead of the normal three, to pass. And now many feel time is running out for the city to shape its future. According to city records, major development sites in Emeryville have dwindled to about six that are in the pre-approval stage. Thirteen properties across the city — encompassing 2,043 housing units and over 131,000 square feet of retail — are already in line for development. Their impact on the city is yet to be determined.

The city has implemented new impact fees for affordable housing, transit, and parks; a density bonus system to promote inclusion of affordable housing and other community benefits in large real estate projects; and requirements that developers build a housing mix friendlier to families, including more two- and three-bedroom units. Emeryville’s housing impact fee, adopted last year, exacts $20,500 for every market-rate unit in new buildings. Developers can choose to make 6.9 percent of the housing in their projects affordable instead of paying the fee. Under the density bonus system, if developers want to build bigger than would otherwise be allowed under zoning rules (and most do to maximize their profit), they must earn bonus points — accomplished mainly by adding affordable housing units and two- and three-bedroom units. Asher, Martinez, and Donahue say these carrots and sticks need to be strengthened before the next phase of the city’s growth unfolds.

The blanket moratorium failed, but the council majority hasn’t been afraid to push pause on big projects. In July, Asher, Martinez, and Donahue voted against finalizing a development agreement with City Center Realty Partners for a 462-unit apartment project that would add thousands of square feet of new retail space around the existing Public Market on Shellmound Street. The developer already has authorization to build much of the project, but was seeking a land swap with the city and permission to realign a street in order to gain more valuable real estate for housing and retail. Longtime councilmember Nora Davis and Mayor Ruth Atkin voted to greenlight the project. The council majority, however, objected to the fact that only 6.9 percent of the apartments, or 33, would be priced as affordable under the land swap, and that city staffers had watered down Emeryville’s new family-friendly guidelines. Davis and Atkin insisted that if the developer were forced to pay the $20,500 impact fee, it would only finance sixteen affordable units on another site, therefore they felt the 33 units in the project was the best option.

During a recent council meeting, Mark Stefan of City Center Realty Partners was visibly upset about the delay and the possibility that his project might be required to add more affordable housing onsite, or pay a larger impact fee and add other public goods. “Time is money,” Stefan told the council before it voted. “We must get started on building this project or it will reach a point where it’s no longer economically viable.” Stefan didn’t return calls seeking further comment.

“I am very appreciative of the work Dianne and Scott and Jac do — they have good intentions,” said Davis, in an interview. “But I’m wondering if they really looked at this whole process. To throw a monkey wrench in here hurts the city and ultimately it hurts our ability to get more affordable units.”

Councilmember Martinez said she thinks the 6.9 percent affordable unit requirement is too low, as is the impact fee. Last Tuesday, the council convened a study session to consider upping housing fees to between $23,000 and $30,000, increasing the in-lieu low-income housing percentage from 6.9 to 9.7, and strengthening the density bonus system so that more projects require bonus points to gain approval.

“The number that kept coming back to me is the percentage of below-market-rate units that we have in Emeryville right now,” said Martinez at the study session, referring to the fact that only 11 percent of homes in the city are affordable for low-income residents. “If that number were to translate to a development impact fee with a focus on low-income homes, that translates to north of $30,000 for an impact fee,” she said. To accommodate the needs of developers, Martinez said she supports a $28,000 fee.

“It’s important to not slip back, to not lose what we have now in terms of our supply of below market-rate housing,” Martinez said during the same study session.

Real estate developers voiced their opposition at the meeting. “We’re very concerned that these proposed regulations will actually achieve the opposite of what Emeryville and the Bay Area really needs, which is more housing of all kinds,” said Lisa Vorderbrueggen, a representative of the Building Industry Association of the Bay Area, to the council. “These regulations will make it so much more expensive to build housing that developers have told you they will just walk away from the projects.”

“Our project has been in the works since early last year,” added Andrew Baker of Anton Development, which is hoping to build a 211-unit apartment building on the site of an abandoned office structure. “We’ve continued to work with the city to adapt to increased burdens imposed on the project and now it finds itself on the brink of non-viability.”

Asher, Martinez, and Donahue don’t believe the developers’ threats. Martinez said she hopes City Center Realty Partners will be patient and work with the city to build a project that everyone can benefit from, and she acknowledged that hitting pause is uncomfortable. “We don’t have a lot of chances left,” said Martinez. “We’ve got the Public Market site, the Sherwin Williams site. These are some of our last chances at affecting a good number of units.”