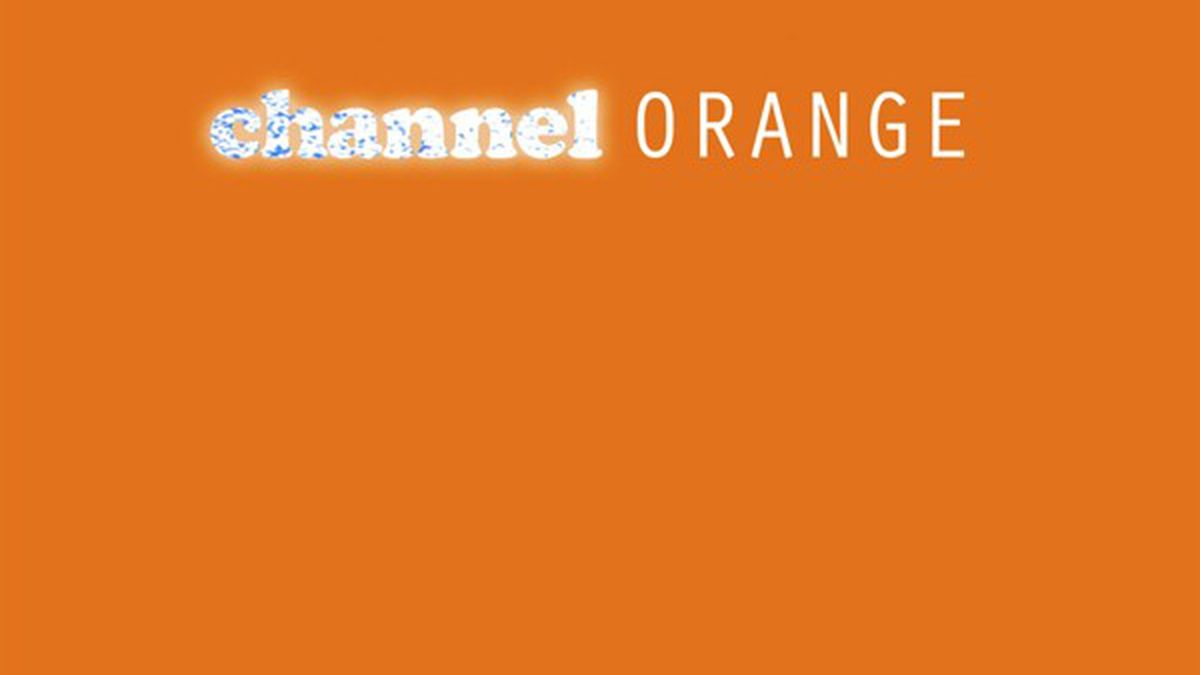 From THEESatisfaction to Taylor Swift, our critics recommend the best music of the year.

There’s a point toward the end of “Super Rich Kids,” Frank Ocean’s addictive, tongue-in-cheek ode to “white lies and white lines,” when guest rapper Earl Sweatshirt’s aloof burble stops for a sec and the electric piano intensifies and Ocean delivers his own searing version of the old Mary J. Blige refrain: Real love/I’m searchin’ for a real love. This is but one of many breathtaking moments on Orange, but it’s as good an encapsulation as any of what makes this album — and this artist — so exceptional: It’s masterfully executed, fearlessly sincere, and utterly reverent of (and referential to) all those that came before it while still sounding, somehow, completely surprising. Frank Ocean is easily the best thing to happen to R&B in a very long time, and Orange is far and away the best album of the year. (Def Jam)

“I hate it when bands change between records,” Beach House’s Alex Scally told Pitchfork back in May. “That’s not the way we work.” And, yes: Bloom is a lot like every other Beach House record. These are the same songs we’re used to: Songs that feel at once achingly intimate and big enough to fill any room, songs that are lush and aqueous and abstract, songs that let Scally’s electric guitars and organs build behind Victoria Legrand’s drowsy contralto until she’s almost gasping for breath and the whole things crashes in on itself quietly — like falling asleep or in love, or like the exquisite collapse of some gorgeous, delicate thing, or maybe just like a band that’s figured out what it does best and refuses to do anything less. (Sub Pop)

The back-to-back tracks that give this album both its name and spiritual center — “good kid” and “m.A.A.d City” — also serve as a fairly apt illustration as to why the whole thing works. “good kid” is an airtight, economical, almost moody rap track, buoyed by a beatific, airy chorus and, as always, Lamar’s flawless delivery; “m.A.A.d. city” starts like a bombastic, bass-heavy slapper, tailor-made for sweaty dance parties and open-windowed sing-alongs, and then quickly moves into a vocal interlude, a blunted G-funk beat, a sonic essay about life in Compton. The first track is about raw talent, the second about ideas; it’s these two things in tandem that set Lamar apart. Thematically speaking too, the two tracks elucidate a certain fragile duality, a willingness to embrace and explore inner turmoil, that makes the album not just compelling, but different. “good kid” is dreamy and innocent; “m.A.A.d. city” chronicles, in thrilling, onomatopoetic, formally adventurous detail, a life indelibly tinged by violence. That’s what good kid, m.A.A.d. city is about, after all: growing up — as a person, as a black man, and, yes, as a musician. I can’t wait to see what Lamar does next. (Top Dawg/Aftermath/Interscope)

How to Dress Well, Total Loss.

It’s a tough sell on paper, this album: an unabashed, unironic, 39-minute trip through one man’s pathos (“sadness, death, and devastation,” as the Guardian aptly put it in a rapturous review) —that of frontman Tom Krell, whose haunting falsetto is aided here by icy synths and little in the way of choruses or recognizable pop structures. Not exactly a rollicking good time. But the best albums don’t make sense on paper — they unfurl and expand and coalesce and cohere in ways that defy handpicked adverbs and easy narratives, and that’s precisely what makes them great. Total Loss begins in one place and, through eleven tracks, mostly stays there, all reverb and mood and, as ever, that enveloping, bone-chilling sadness. It’s wonderful, I promise. (Acephale)

The Coup, Sorry to Bother You.

After two decades, five critically acclaimed albums, and more commercial success than any Marxist could really be comfortable with, it would’ve been understandable if Oakland-based punk-funk provocateurs The Coup had called it quits after its last album, 2006’s walloping Pick a Bigger Weapon. But Boots Riley is not exactly one to rest on his laurels, and so, fortunately, we get Sorry to Bother You. This is an album that proves music can make people want to rise up and get down at the same time; that political hip-hop still has as much velocity and vitality as it did back in the Nineties; and that the best way to get yourself heard is to give people a really good reason to listen. Also, and perhaps more importantly: These guys definitely still have it. (ANTI-)

In 2010, Jack Tatum’s out-of-nowhere debut album, Gemini, won the Virginia Tech student major blog buzz and critical acclaim, largely by virtue of its unique pastiche of influences and elements (“remarkably original,” the BBC wrote at the time). Now, just two years later, Eighties-inflected American synth bands are a dime a dozen, dream-pop is a legitimate genre unto itself, and Wild Nothing’s aesthetic doesn’t necessarily feel all that fresh anymore. But if creativity is what made Gemini important, on Nocturne, it’s craftsmanship: ingenious songwriting; markedly higher production values; even, maybe, singing lessons. Either Tatum knew he had to amp things up a notch to stand out, or, more likely, he’s a gifted young musician who’s still honing his skills. Whatever the case, Nocturne is stunning. (Captured Tracks)

Critics have taken to calling awE naturalE “Afro-futuristic,” but that’s not quite it, not really: If this is futurism, it’s a kind of futurism that’s born mostly from the past, that uses as its building blocks traditional music styles (blues, soul, rap, Afrobeat, jazz, rock, hip-hop, funk, funkadelic), that’s rendered with such fidelity to history that it can, at moments, make two pierced and tatted lesbians from Seattle sound uncannily like the second coming of the Seventies-era Detroit music scene. But it also takes those classic elements and stitches them into something that sounds improbably new — into sinuous, contemporary beats and dense, ambitious polyrhythms and unabashedly cerebral lyrics about class and gender and race politics, circa 2012. THEESatisfaction is not the past and THEESatisfaction is not the future; THEESatisfaction is timeless. (Sub Pop)

America’s preeminent teen country sensation may be neither a teen nor particularly country any more, but what she turned into this year is something far more interesting: a pop star who manages to take formal risks while remaining true to her sound; who refuses to traffic in schlock or sex or lowest-common-denominator swill; who seems, in short, like a real person — an all-too-rare phenomenon these days. On Red, Swift is self-aware (It feels like a perfect night to dress up like hipsters and make fun of our exes), stylistically adventurous (the drums-heavy indie-rock hugeness of “State of Grace,” the gently dubsteppy wobble of “I Knew You Were in Trouble”), and, of course, sincere as ever. It’s been a thrill watching Swift grow up, and Red is her most impressive work yet. (Big Machine)

Victor Vazquez has never been afraid to be weird, but 51 — his second mixtape of the year, recorded entirely in Oakland with a bevy of local talent — has him at his delightfully loosest and loopiest yet: Vazquez samples, among many others, cell phone jingles, Mr. Rogers, The Supremes, Huey Newton; he name-checks Bill Clinton, Bart Simpson, and Tintin in a single, RapGenius-foilingly dense line; he lards his tracks with tossed-off revelations, crossword-clue lyrics, and wry, winking quotables that start out effortless and end up art. 51 is the rare rap album that’s rigorous and rewarding in equal measure; that’s as fun to excavate as it is to passively enjoy; that revels in both intellectualism and instant gratification. As if Vazquez would have it any other way. (Greedhead)

Taken in context, the title Gossamer is pretty much perfect for Passion Pit’s second album. This is Passion Pit doing what Passion Pit always does: shimmering, glimmering electro-pop, heavy on the pop — all air and exuberance and major chords and hooky melodies and choruses of the kind that could be featured in a Taco Bell commercial (true story). But there’s something else there, something that takes Gossamer from the merely good to the truly great, and it’s the band’s consistent willingness to take risks and embrace nuance, to dwell in the darkness as well as the light. I watch my little children/play some board game in the kitchen/And I sit and pray they never feel my strife, Michael Angelakos sings on “Take a Walk,” the addictive aforementioned Taco Bell jingle, and the lyric is made all the more heartbreaking and powerful by virtue of the fact that it’s delivered on top of an anthemic melody and sugary synth line. Gossamer may be light, but it’s far from fluff. (Frenchkiss/Columbia)