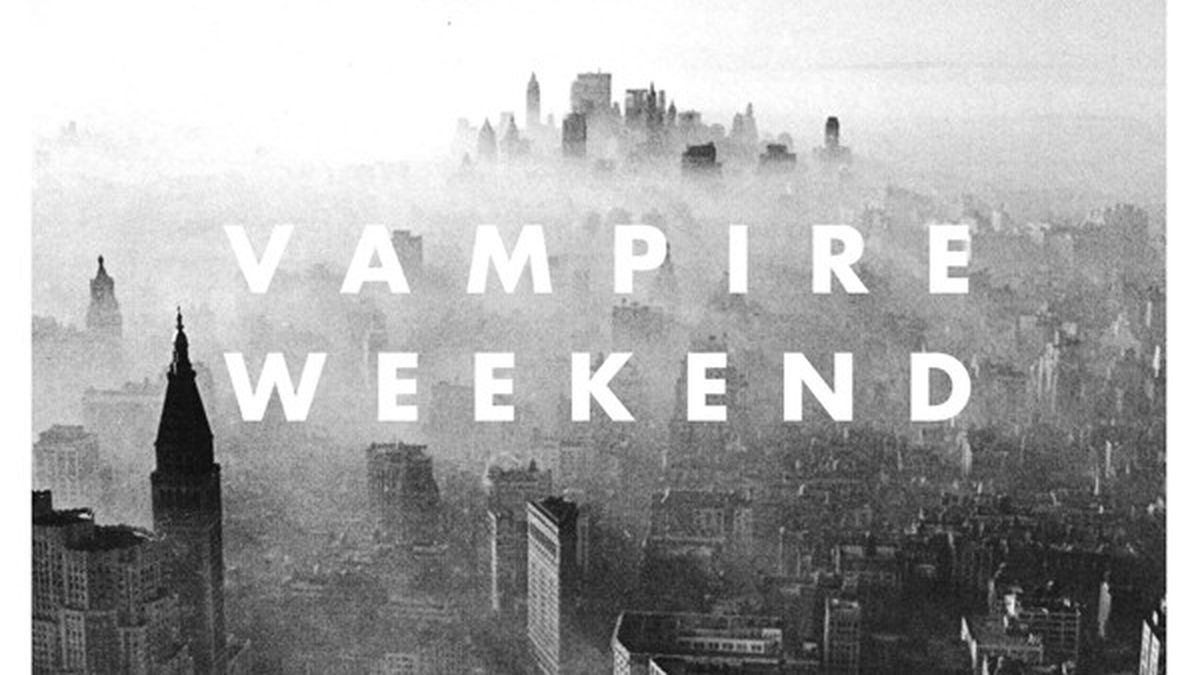 Fuck the haters, though Vampire Weekend’s are legion and somewhat legitimate: The band’s 2008 self-titled debut was smug and shallow and overly cerebral; you could practically hear the record pat itself on the back for every Afrobeat groove and lit-major reference. But obnoxious college kids do, eventually, grow up, it seems, and in 2013, Vampire Weekend released an album so close to perfect it couldn’t help but silence the critics. Modern Vampires of the City is a tour de force in damn near every sense of the word; shot through with moments that manage to be intellectual and emotionally affecting at the same time: the lilting, almost melancholy harpsichord of “Step”; the summertime giddiness of “Diane Young”; the thicket of influences (surf rock, punk, bedroom pop, much more) and ideas (mortality, the march of time, again, many more) throughout. This time, the back-pats are entirely warranted. (XL)

If there was ever a song that encapsulated exactly what makes Kanye West the most compelling musician on the planet today, it might be “Blood on the Leaves,” the seventh track on the summer smash Yeezus. It starts slow and almost sweet, with an eerily pitched-up version of Nina Simone’s cover of the Billie Holiday ballad “Strange Fruit,” before finding itself trapped inside a tangle of aggressive synths and rapidly escalating lyrics about a relationship gone, very, very bad. This is Kanye at his purest form: raw, rough, ragged, visceral, infuriatingly genius/ingeniously infuriating, conspicuously consumptive (after all, that Simone sample cannot have come cheap), narcissistic enough to turn a song about a literal lynching into a glorified breakup track — and, somehow, completely brilliant. Strange fruit, indeed. (Roc-A-Fella/Def Jam)

“The Fall,” Woman‘s second and possibly best track, starts with a naked piano, a slightly disco-y synth line, and then this verse, delivered in — wait for it —falsetto: Ooooh, make love to me/one more time/before you go away/why can’t you stay. And if you’re not familiar with Rhye, you’d be forgiven for stopping reading right there: On paper, this does not sound good, or at least not original, more like a shopworn retread of Nineties-era satin-sheets schlock (which it isn’t) than the best album of the year (which it is). Rhye is nothing if not fidelitous to its neo-R&B forebears — not for nothing is the Canadian/Danish-bred, LA-based duo compared to Sade nearly constantly — but this is a kind of referentialism that’s less about looking backward than basking in that which is timeless: elegant, restrained compositions that simmer with sexual and romantic tension without ever boiling over; gorgeous, graceful vocals and deeply simple instrumentation; and, most of all, uncommon emotional honesty. (Republic/Innovative Lesire/Loma Vista)

When Chance the Rapper — aka Chancelor Bennett — released Acid Rap, his second mixtape, back in April, the resulting traffic crashed not only its hosting site but also another blog that had linked to it. And rightly so: This is the kind of album you obsessively refresh your browser for, and the kind of artist you hear once and glom on to forever with an addict’s fervor. Chicago-based Chance, just twenty when Acid was released, is the kind of rare, raw rap talent that doesn’t come along that often, a lyricist who is at once honest and introspective about the very violent life he’s lived but who’s still holding on to his sense of fun. Acid is self-assured, shimmeringly alive, and endlessly surprising; it evokes Lil Wayne, Kendrick Lamar — even fellow Chicagoan Kanye West, at least as far as ambition goes — and almost never comes up short. Maybe it’s time Mr. Bennett invests in better servers. (self-released)

Chvrches, The Bones of What You Believe

What a difference a year makes. Around this time last year, all Chvrches had to its name was a promising-but-very-thin oeuvre, a couple of well-received live performances, and the kind of ephemeral music-blog buzz that, more often than not, fizzles out long before a before a debut album appears. But 2013 was, undoubtedly Chvrches’ year, having catapulted the band from Internet famous to famous famous in a matter of months, and largely based on the unencumbered greatness of said debut album. This is happy, hook-heavy synth-pop at its very biggest and best, sonically precise in the way of the best dance music, but still, somehow, much more visceral — more human — than something so wholly digital should be. I, for one, can’t wait to see what 2014 brings. (Glassnote)