Adding to a small, but growing list of organizations that publicly oppose construction of Oakland’s Domain Awareness Center, or DAC, the Electronic Frontier Foundation sent a letter today to city councilmembers calling on them to halt the project.

The council is scheduled to vote on a resolution at tonight’s meeting that would allocate $1.2 million for the DAC, and approve contract negotiations with Schneider Electric to complete the project. And if the city administrator can’t reach an agreement with Schneider Electric to finish the surveillance center, the resolution allows for city staff to immediately approach another potential contractor. The previous contractor that completed the first phase of the DAC project, Science Applications International Corporation (SAIC), lost the contract after it was revealed that it is a nuclear weapons contractor. SAIC therefore violated Oakland’s Nuclear Weapons Free Zone Ordinance when they signed affidavits swearing they carry out no nuclear weapons-related work. 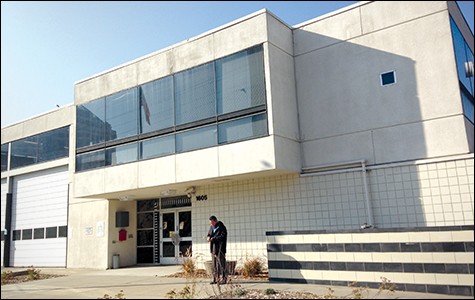 “We urge you to reject this resolution, and to cease any further plans to expand the Domain Awareness Center (DAC) from the Port of Oakland to the City of Oakland at this time,” wrote Nadia Kayyali, a staff member of the EFF. “City staff have not answered any of the questions that have been raised by attorneys, community members, and privacy advocates,” the letter continues. “Unelected city staff have been irresponsible and unresponsive and yet are asking for what is essentially a blank check to go forward with the DAC.”

The EFF is a respected voice in public policy debates on civil liberties, technology, and security. Its staff and board members include lawyers, technologists, and also academics affiliated with Harvard, UC Berkeley, and Carnegie Mellon University. Like many civil liberties organizations, the EFF has increasingly focused on issues related to government surveillance and policing as law enforcement and federal agencies carry out controversial spying programs and build more intrusive surveillance infrastructures.

The EFF joins the ACLU of Northern California in opposing the project, and a coalition of Oakland residents called the Oakland Privacy Working Group. 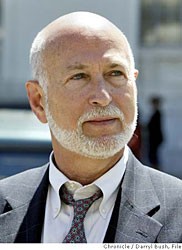 The DAC has also emerged as an issue in the city’s mayoral race. Candidate Dan Siegel, a civil rights and labor attorney, strongly opposes the DAC. At a February 4 rally in Oakland, Siegel told an audience that the city council is “engaged in willful ignorance,” in allowing the DAC to move forward. “They are beefing up their intelligence activities. Oakland is the guinea pig for what’s going on,” said Siegel, referring to federal funding for construction of the DAC, and presumably federal access to the center’s data.

Oakland mayoral candidate, Bryan Parker, said in a recent interview that under his administration the DAC would not open. “Until you figure out the questions of individual liberties, how they’ll be protected, how long that data will be kept, for what purpose it will be used, I don’t think we can open that center,” said Parker.

The Oakland city council does not yet have a draft privacy policy or draft data retention policy for the DAC. In fact, when the DAC was originally approved, there were no plans to create any policy whatsoever.