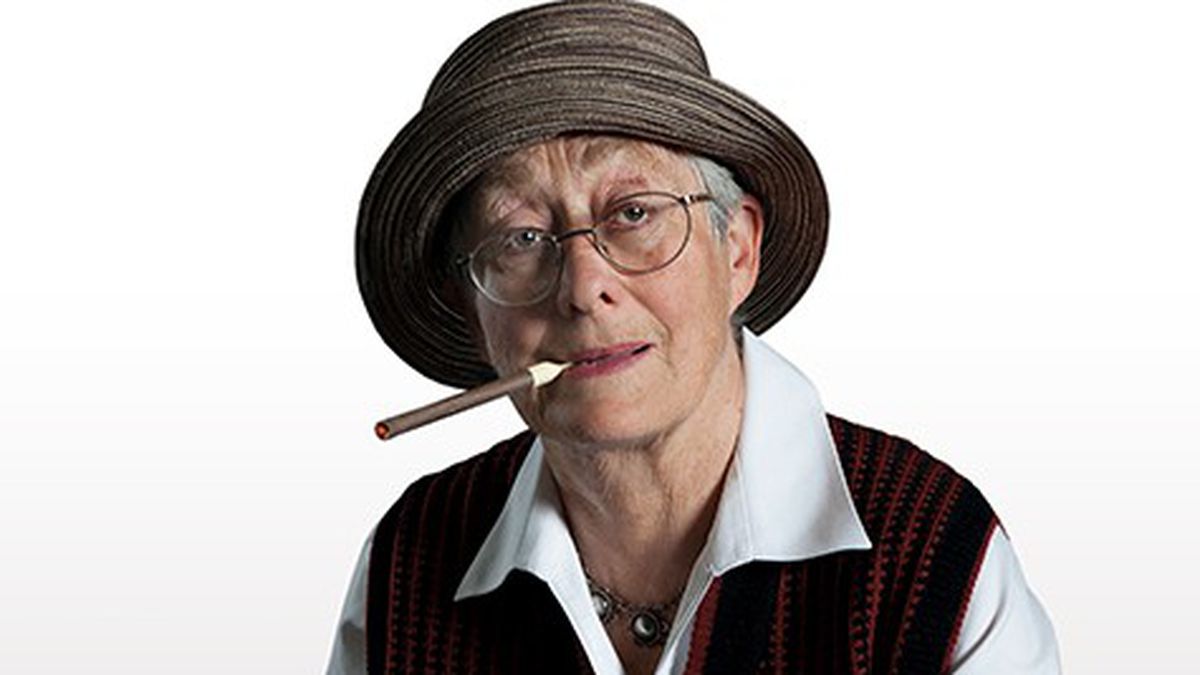 In addition to being America’s longest-serving first lady (from 1933-1945), Eleanor Roosevelt was also probably the most influential (Sorry, Michelle! But we do appreciate your “Let’s Move” program and amazing dance moves). Eleanor Roosevelt was a fierce champion for human rights, feminism, and underprivileged youth. She was also infinitely quotable. Even though she’s been dead for more than fifty years, her words are very much alive today. Indeed, it’s possible someone in your life is quoting her on Facebook at this very moment. Perhaps her “No one can make you feel inferior without your consent” quote, or “A woman is like a teabag — you never know how strong she is until she gets in hot water.” But let’s leave aside the Celestial Seasonings similes and her role in helping to form the United Nations, and focus on what really matters — her thirty-year love affair with journalist Lorena Hickok, whom Eleanor affectionately referred to as “Hick.”

Chronicling Hick and Eleanor’s romance at Berkeley City Club is Terry Baum, who you may remember as one half of the duo The Crackpot Crones (along with Carolyn Myers). In Hick: A Love Story, Baum plays the scrappy butch journo, who was also a pioneer in her own right (She was a top reporter for the Associated Press in New York and the nation’s best-known female journalist in the 1930s). As Hick, Baum recounts and reenacts (sort of — it’s a one-woman show, so Eleanor only appears by way of voice recordings) their decades-long relationship through monologues, stories, and snippets from the 2,336 letters that Eleanor and Hick wrote to each other. 2,336 letters! Some people dispute Eleanor and Hick’s romance, calling it an intimate friendship, but as a queer lady, I would like to counter that with a long, hearty laugh and a few examples of their “friendship.”

On March 5, 1933, the evening of FDR’s inauguration, Eleanor wrote: “Hick my dearest — I cannot go to bed tonight without a word to you. I felt a little as though a part of me was leaving tonight. You have grown so much to be a part of my life that it is empty without you.”

In typical lesbian fashion, she wrote again the very next day: “Hick, darling — Ah, how good it was to hear your voice. It was so inadequate to try and tell you what it meant. Funny was that I couldn’t say je t’aime and je t’adore as I longed to do, but always remember that I am saying it, that I go to sleep thinking of you.”

One of Hick and Eleanor’s inside jokes comes from Hick mishearing je t’adore as “shut the door,” which then became a marker of affection. Baum as Hick is as excitable as a schoolgirl, dancing jigs around the intimate City Club stage and exclaiming things like, “I am the luckiest gal in the world!” In another time or place, Baum’s gleeful bursts may have been construed as over-the-top or silly, but taken in conjunction with the era’s homophobia (the word “homosexual” had recently come into the American consciousness, and acts of same-sex love were very much stigmatized and criminalized), Hick’s joy at having her affections returned by the most powerful lady in the United States is certainly understandable.

Hick: A Love Story is rife with humorous tidbits, including Eleanor’s response to Hick’s presumption that Eleanor had never been intimate with women before: “I went to English boarding school.” And a scene where, in a roomful of reporters, Eleanor announces that she and Hick will be conducting an interview in the bathroom and “please do not disturb us.”

Lurking beneath the surface of their love, however, are Hick’s obsessiveness and clingy behavior, which, as you might imagine, didn’t bode well for their romance. An explosive scene in Act Two at Yosemite National Park — a trip they referred to as their “second honeymoon” — altered the course of their relationship irreparably, and the play drags somewhat after its climax. (Trying to fill the void that is the great drama of the human heart is no easy feat.) But, regardless of that minor shortcoming, Hick: A Love Story is a touching, tender tale about two trailblazing women who loved, admired, and inspired each other throughout their lives.

As Hick wrote to Eleanor in 1933: “I’ve been trying to bring back your face — to remember just how you look. Funny how even the dearest face will fade away in time. Most clearly I remember your eyes, with a kind of teasing smile in them, and the feeling of that soft spot just north-east of the corner of your mouth against my lips.”

Here’s hoping that Hick is a love story that won’t easily fade with time.