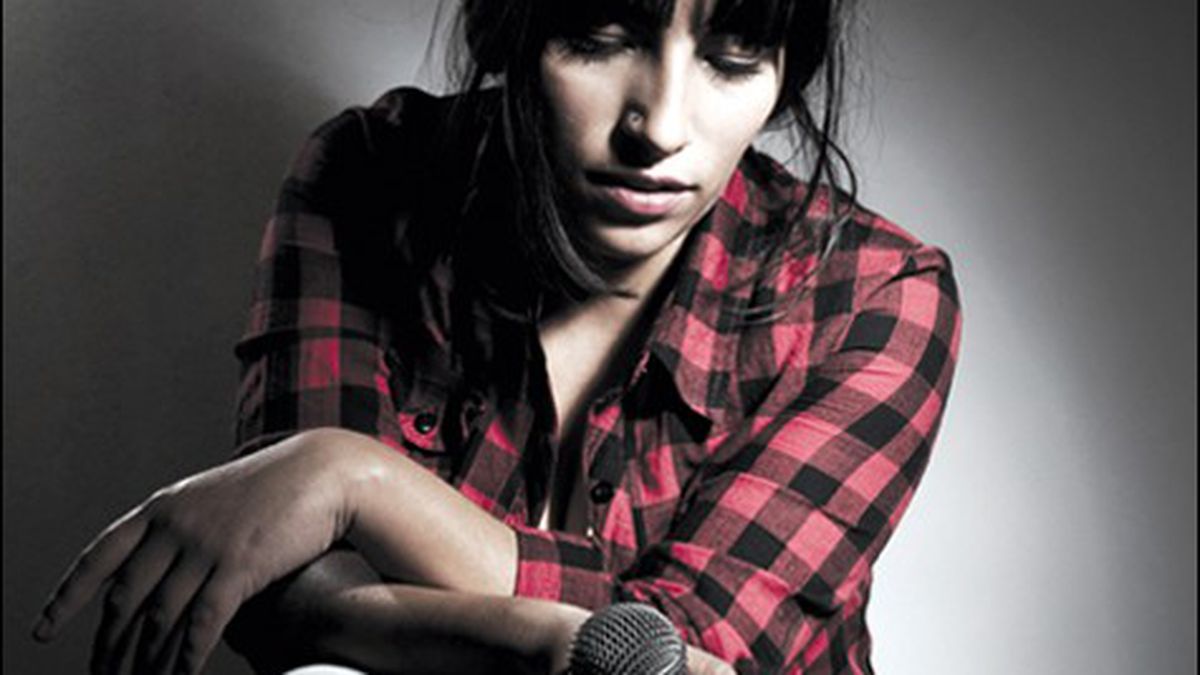 At first blush, it would seem much easier to muscle for hip-hop notoriety in Chile than in a more established market like the United States. Over here, your competition includes Lil’ Wayne, Kanye West, and the suddenly ubiquitous Nicki Minaj. Over there, your biggest obstacle is a thin, feline, 33-year-old woman named Ana Tijoux, who favors beaded bracelets over bling, and vaguely resembles Godard’s famous muse, Anna Karina. But don’t be fooled by appearances. Tijoux is formidable. And judging from last Saturday’s performance at The New Parish in Oakland, her cult of fandom extends far beyond Latin America.

By hip-hop standards, Tijoux’s stage show was unostentatious, and might even qualify as “ascetic.” Her small entourage included another rapper named Hordatoj, who she described as the other ascendant hip-hop artist in Chile. (He produced the bulk of her Grammy-nominated 2009 album, 1977.) Behind them stood DJ Dacel, another frequent collaborator whose allegiance to American hip-hop showed in the Wu-Tang logo on his T-shirt. He cued up the first drum fill as Hordatoj asked the audience if it was ready for algo de ru-i-do. “Pongan las manos arriba!” he commanded. Fans who understood Spanish — apparently the majority, that night — threw up their arms and screamed. Everyone else took a hint. Dacel scratched his turntable and Tijoux emerged, wearing a brown suede jacket and hiding her long, pointy face beneath a wisp of black bangs. She grabbed the mic and addressed everyone in a thick Spanish accent: “I’m okay, yo.”

It’s not a requirement for female performers to be beautiful, especially in hip-hop, a genre that often prefers rawness and indelicacy over flawless features. Thus, Tijoux’s alluring cat eyes and preternaturally high cheekbones make her seem almost like an interloper. She’s handsome in an edgy, jagged way and has the vocal intonation to match. A veces te quiero/A veces no (“Sometimes I love, Sometimes not”) she rapped in the opening number, an ambivalent love song from her 2007 album, Kaos. Hordatoj came in for the equally noncommittal second verse, in which he assured an absent girlfriend that he sometimes missed her, but not usually. The two stood side by side onstage, Hordatoj with a hoodie pulled low enough over his head to give the appearance of a Gregorian monk. Tijoux took off her jacket and self-consciously pulled her hair over one shoulder. Her T-shirt was slung just low enough to reveal a giant O tattooed just below her collar bone.

“Digan O-o-o-o-Oakland!” she shouted, bobbling the microphone as she grunted each staccato “O.” The crowd cheered. Tijoux grinned. She’d memorized a few English words that would come in handy for the inter-song dialogue: “Oakland,” “earthquake,” “cassette tape,” “yo,” “Davey D” (pronounced Dee-Vee-Dee), and “motherfucking shit” (as in: “He the motherfuckin’ shiiit, this guy.”) It was just enough to keep the fans enamored.

“Now we would like to present this song, which name is ‘Partir de Cero,'” Tijoux announced, as she and Hordatoj launched into the lead track from 1977. The song title is an expression meaning “start from scratch,” and the lyrics say as much: Voy a partir segura/Si no parto segura, se romperá mi armadura, Tijoux raps, asserting that if she doesn’t come hard, someone’s going to break her armor. Typical of her style, the song is a fairly simple declaration of female empowerment. Tijoux isn’t one for complex essay raps. Rather, she places all artistic value in the phonetic quality of her words. The lines rhyme internally. The number of syllables per line is fairly consistent. Even the individual words have a natural rise when you say them: Ar-ma-du-ra. That might be an advantage of rapping in Spanish, or any other romance language. It has so many trilled “rs” and ruffly “o” sounds that the lyrics automatically have a kind of rococo lilt.

Tijoux uses the language to her full advantage. She clearly loves sound, loves the shape of words, loves rolling her “rs” and fattening her “os,” letting the lines tumble so fast that she barely has time to draw breath. That night, Tijoux sang all her hooks in a pinched, raspy alto. She stuttered certain consonants to mimic the bounce of a record player: c-c-c-cero-cero.

But the emcee was at her most charming gabbing between songs in her choppy English. “I would like to say this song, and it’s like, remember when you was with your cassette, and you was making ….” She made hand motions, as though to rewind an imaginary tape reel. “Like when you was listening to — I don’t know — Black Moon.” The audience cheered. Tijoux had name-checked a well-known underground hip-hop group from the Nineties, which showed how steeped she was in American hip-hop culture. A low, crackly horn thrummed through the stereo speakers. It was the opening hook for “Obstaculo,” another song about self-discipline and perseverance. Tijoux attacked the song with a violence that belied her sweet disposition. Yet it seemed fitting.