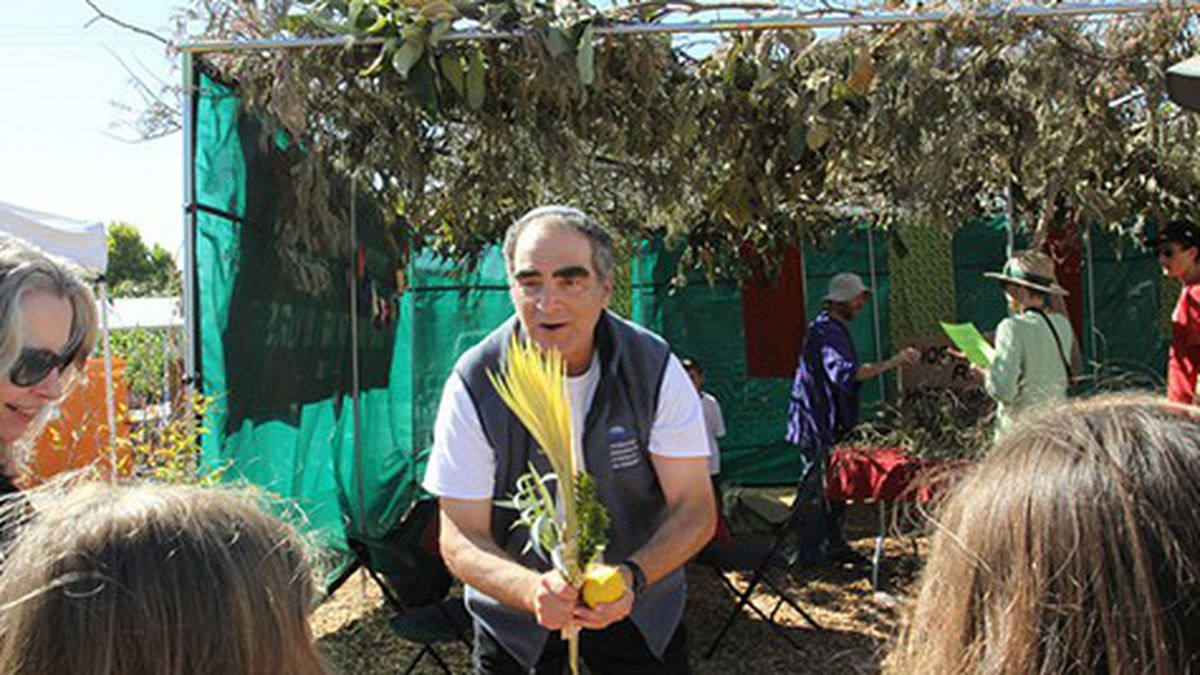 Berkeley's Urban Adamah connects the modern and the ancient during its Sukkot harvest festival.

Sukkot is the “quintessential Jewish agricultural holiday,” said Urban Adamah founder and executive director Adam Berman. So it’s only fitting that the celebration of the fall harvest season is the biggest festival of the year for Berman’s organization, an educational farm and community center inspired by Jewish values. “In the ancient world, joy was deeply connected to the abundance of the farm,” said Berman.

One of the first major public programs launched by Urban Adamah (1050 Parker St., Berkeley) after it opened in 2011, the harvest festival is a way to teach people the rituals of the holiday while connecting it to a more contemporary experience. Berman aims to create that bridge between the old and the new by having community members engage in ancient practices while also participating in more modern food-related activities, like pickling and making bread.

One practice that attendees can take part in is called shaking the lulav, which involves combining palm, myrtle, and willow branches and then shaking them in particular directions as a means of inviting positive cosmic energy. The more modern agricultural activities on offer will include making cheese out of milk from the farm’s goats, pickling cucumbers, and grinding wheat berries into flour for pizza. “I hope they get to experience the food they eat in a different way,” said Berman. Festivalgoers can also take tours of the farm, meet the animals, and enjoy live music from Ryk Groetchen, the East Bay Community Music Project, and Octopretzel.

Now in its third year, the celebration draws about three hundred people annually, with about half from non-Jewish faiths. The mingling of different religions is part of what Berman appreciates about being based in a city. Before moving to Berkeley to found Urban Adamah, Berman had been running a similar farm-based Jewish residential leadership program in Connecticut. He was excited by the positive impact that living and working on the sixteen-acre farm had on the fellowship participants, but in Connecticut it was essentially a “Jewish bubble in the middle of the woods,” he said. In Berkeley, 10,000 people come through the farm for its programs and classes each year, only about 60 percent of whom are Jewish.

“At its core, humanity’s relationship to the natural world is going to require major rethinking,” said Berman. “If our planet’s ability to support civilization is going to continue, that will require the cooperation of all communities.”