In Berkeley and Oakland, landlords have raised over a million dollars to campaign against Proposition 10 and several local ballot measures. 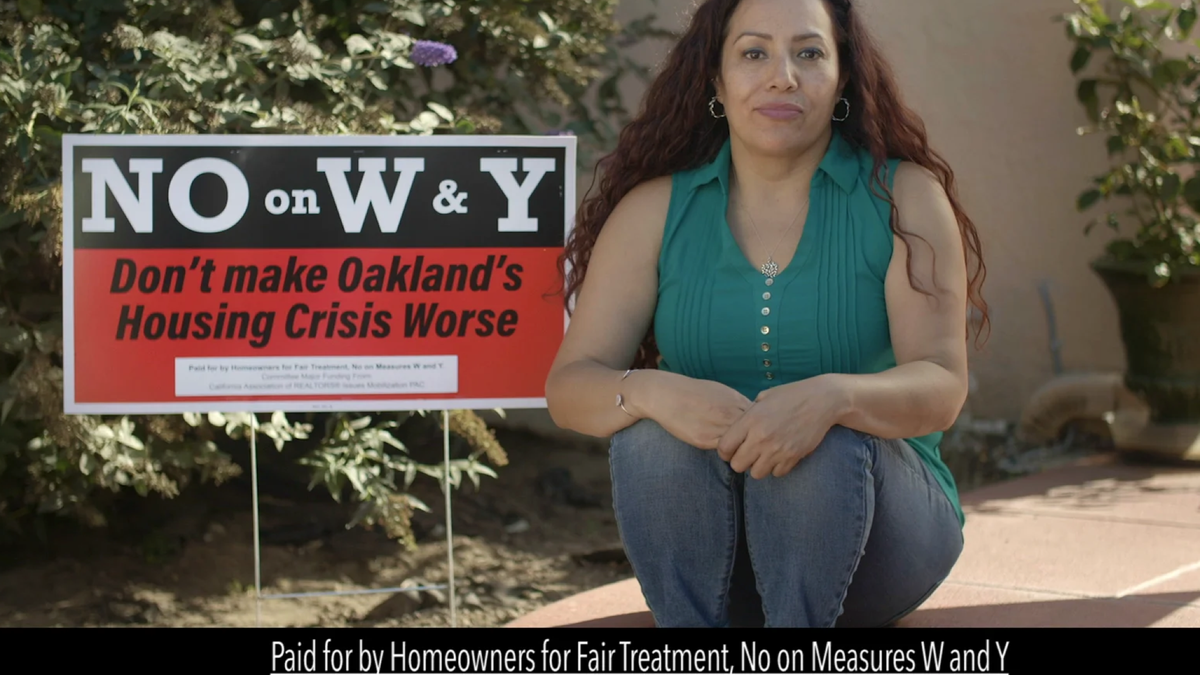 In Berkeley, local landlords also have emerged as major funders for the opposition campaign to Proposition 10, which would repeal the Costa-Hawkins Act, state law the restricts rent control in California. If Prop. 10 passes, the Berkeley and Oakland are among the few in the state that would immediately implement more expansive rent control laws.

This is probably why East Bay landlords are among the biggest sources of funding for the No on 10 campaign.

Much of the money flowing from the East Bay into the statewide campaign against rent control is through a committee called “No on Prop 10 – a flawed initiative that will make the housing crisis worse: A coalition of housing advocates, renters, large and small businesses, taxpayer groups, and veterans.” This PAC, which is the second-largest committee opposing Proposition 10, has raised over $21 million so far.

East Bay landlords who listed their business address in Alameda County and Contra Costa County have provided approximately $560,000 of this total. Many are members of the Berkeley Rental Housing Coalition (BHRC), which describes itself as the “political and legal arm” of the Berkeley Property Owners Association (BPOA).

“Pro-tenant activists, housing advocates and pro-housing affordability Democrats have banded together to try to take down Costa-Hawkins,” the BRHC’s website states. The group warns that Prop. 10 will “force people out of the business” of rental housing, thereby driving up housing prices.

Laksh Lakireddy of the Berkeley Rental Housing Coalition’s board, and other members of the Lakireddy family have contributed $183,750 to the No on 10 campaign as of Nov. 1. Much of the money from the Lakireddy family to fight Prop. 10 was provided through nine companies that they own, some with names like Vero Properties, LLC and 1725 Oxford Street, LLC.

Sam Sorokin, who runs the Oakland-based property management company Premium Properties and is also sits on the BRHC’s board, contributed $33,250 to the NO on 10 campaign.

Berkeley’s Measure P would increase the existing real estate transfer tax on properties that sell for over $1.5 million from 1.5 percent to 2.5 percent, affecting mostly commercial buildings and the city’s more expensive single-family homes. The Berkeley City Council has vowed that money raised through Measure P would be used to pay for homeless services.

In Oakland, similar amounts of money are being raised by landlords in opposition to three ballot measures.

As the Express previously reported, two political action committees formed by the East Bay Rental Housing Association continue to raise and spend significant money in opposition to Oakland ballot Measure W and Measure Y. One of the committees is also opposing Measure AA.

Measure W would impose a vacancy tax on property used fewer than 50 days a year. The money it raises would be used to fund homelessness services and illegal dumping cleanup.

Measure Y restricts evictions in owner-occupied duplexes and triplexes. If the measure passes, smaller owner-occupied properties will have to meet the same just-cause standard as other Oakland rentals.

Measure AA would establish a $198 parcel tax to pay for education programs.

As of October 25, the “Homeowners for Fair Treatment” committee, reported having raised $471,147. The committee is focused on defeating Measures W and Y.

On the opposite side, a committee supporting Measure Y has raised $21,800. Called “Protect Oakland Renters, Yes on Measure Y, Sponsored by Community Organizations” was created on October 23, two weeks before election day. The committee has only accepted money from four sources, according to campaign filings. The largest contribution, $15,000, comes from Katherine Orr, a student who resides in Pittsburgh. The nonprofit Urban Habitat also contributed $5,550.

Mailers sent to Oakland residents by the Committee for Better Choices warns that Measures AA is a “billion-dollar tax increase,” while Measure W is a “$200 million tax increase,” and that both measures have “no accountability.”

The largest sources of funding for the Committee for Better Choices are Morse Management, SMC East Bay, and TRI Equities, which all provided $20,000, and Russell Flynn, a San Francisco landlord who gave $39,850. Morse Management is owned by Fred Morse, a member of the board of the East Bay Rental Housing Association. SMC East Bay is run by Neill Sullivan, a major Oakland landlord who purchased numerous rental properties during the foreclosure crisis. TRI Equities is run by William Rosetti, a landlord that the Anti-Eviction Mapping Project has criticized as a “mega-evictor” because his companies have issued several thousand eviction notices in Alameda County in the past five years.

While it’s funded almost entirely by big landlords, the Homeowners for Fair Treatment PAC frames itself as a pro-homeowner group committed to helping seniors and small property owners. In a video ad shared over social media and the committee’s website, Patricia Murguia, a homeowner with a backyard rental cottage, criticizes Measures W and Y. “After renting for years I’ve been fortunate enough to buy a small home,” Murguia says, adding that one day she’d like to have her parents move into the cottage.

“Measure Y says if I rent it, even temporarily, a tenant can stay as long as they want,” warns Murguia. “My mom and dad might never be able to move in.”

Correction: the original version of this story stated that Sid Lakireddy, through several property management companies, contributed to a campaign committee opposing Proposition 10. Sid Lakireddy did not make any contributions to the committee.