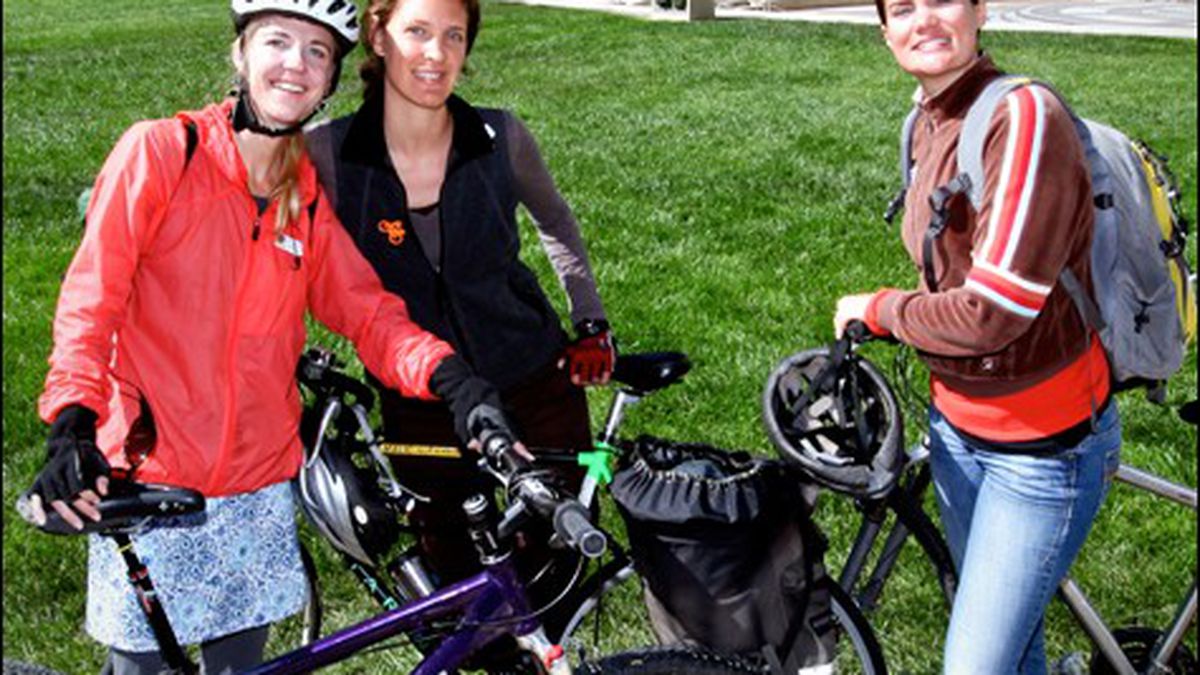 The advocacy group celebrates purists, but caters to novices.

The casual biker might clock a couple miles to work and back each day, or spend Saturday afternoons tooling around Lake Merritt on a single-speed. Then there are the diehards. Among them are people like Jeff Kent, who won last year’s Bike Commuter of the Year award for Contra Costa County. At the time, Kent commuted 42 miles round-trip every day from his home in Lafayette to his office in Pleasanton. This year’s winners seem equally laudable. Alameda County winner T.D. Fisher works as an orthotist, meaning she designs prosthetic devices for people with scoliosis, palsy, and spina bifida. The job requires her to visit clinics throughout the East Bay, and she uses her bike and BART to get from her home in Oakland to outlying areas like Oakley and Antioch. It took a while for Fisher to figure out how to carry all her equipment on her bike, with a setup that allowed her to easily board the BART train, but now she’s completely green.

This year’s Contra Costa winner, Louis Sandoval, has a similarly challenging commute for his job as an adult education mathematics teacher. Sandoval rides a Bridgestone beater between two workplaces in Richmond and San Pablo. Like Fisher, he installed a rack and pannier to carry all his provisions. Sandoval sometimes rides the Bay Trail all the way from his home in San Pablo to his mother’s house in Hayward. He characterizes himself as a born bike-geek, because he’s fixated on gear and maintenance.

The East Bay Bicycle Coalition enjoys making a big to-do about its commuter award winners, who have gone to great lengths to lower their carbon emissions and champion bikes as the consummate form of day-to-day transportation. But the hardcore crusaders aren’t representative of the broad swath that EBBC is trying to attract with its upcoming Bike to Work Day event on Thursday, May 13. Now in its seventeenth year, Bike to Work Day is really about promoting bikes as a lifestyle choice. As always, EBBC will have 100 energy stations set up throughout Alameda and Contra Costa counties, for bikers to slake their thirst or stock up on bagels. It caps off with a Bike Away From Work party in Oakland’s Uptown district (Telegraph Ave. between 16th and 18th sts.), featuring Big Tadoo Puppet Crew and Cyclecide Heavy Pedal Bike Rodeo. Senator Loni Hancock will appear to discuss SB 1061, which will allow funding for a bikeway on the west span of the Bay Bridge.

Bike to Work Day attendance has doubled over the last three years, said coalition program director Dave Campbell, and the celebration now takes up a full month. Throughout May, teams of two to five riders compete to see who can clock the most rides (each team must include at least one novice cyclist). Twenty local markets will offer discounts and goodies to shoppers who bring in their bike helmets on May 22, in accordance with Bike to the Market Day. Over the next few weeks, East Bay Bicycle Coalition also will host several outdoor bike-in movie nights, screening sci-fi flicks, documentaries, and animated bike movies on a pedal-powered projector. If such things catch on, the East Bay might pave the way toward a greener society. EBBC.org

Corrections for the Week of March 5

OPD: Worst in the State