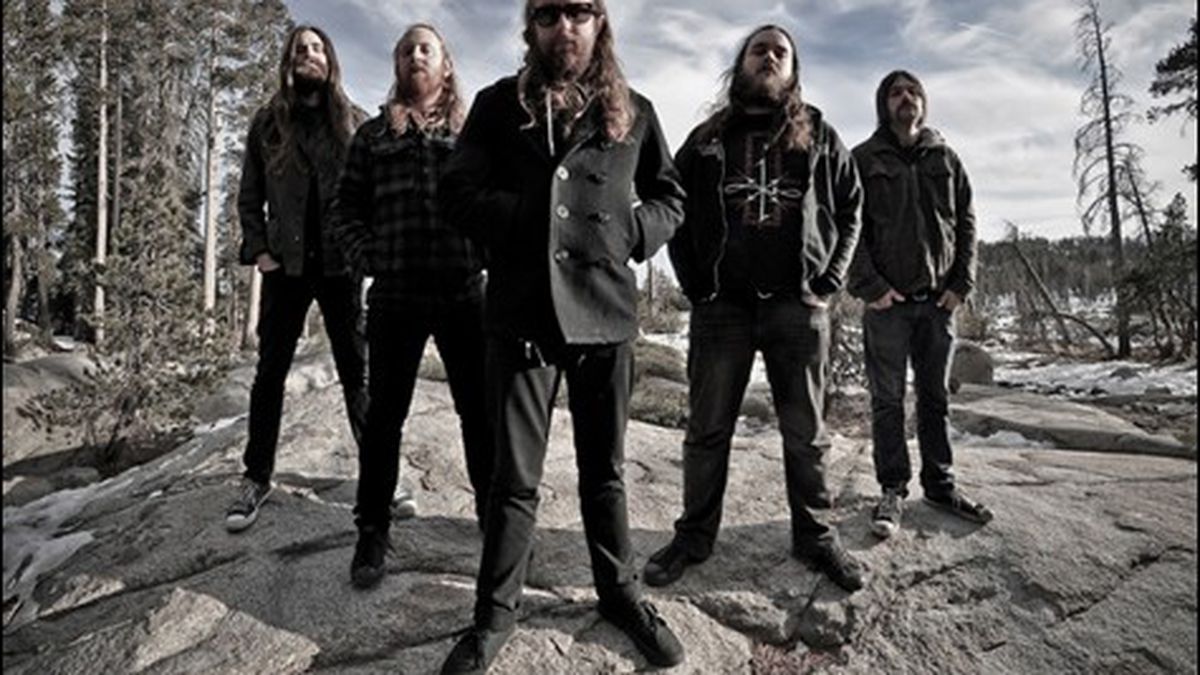 After losing its lead singer in a van accident on tour, the San Francisco metal returns with a new album and more attention than it knows what to do with.

Monday, August 2, 2010, will forever haunt the members of San Francisco’s Early Graves. Early that morning, the band’s van rolled over on Oregon’s Interstate 5 after the driver, a member of tour mates The Funeral Pyre, fell asleep at the wheel. Early Graves lead singer Makh Daniels, a Pacifica native and longtime member of the Afro-punk community, was killed. He was 28.

Two years later, the hardcore metal quintet is back in a van and on the road, touring for its third album, Red Horse, with The Funeral Pyre’s John Strachan replacing Daniels on vocals. Strachan had been sitting next to Daniels in the van when it crashed. Early Graves guitarist Chris Brock, who knew Daniels for nearly a decade, said his attitude about touring has completely changed since the accident.

“We don’t do night drives at all anymore,” he said, calling from the road as the band drove through Virginia toward Brooklyn to play the CMJ Music Marathon. “Yesterday, for a New Orleans show, we were supposed to drive 1,250 miles in one day and we had to cancel the show. I hate to bum people out, but playing a show doesn’t mean the same to me now. I used to push everyone really hard. I still won’t sit in my old spot in the van.”

Musicians in the digital age rely on touring as a primary source of income; as a result, bands often overbook their tours, knowing that the more shows they play, the more money they can potentially earn. Brock said in the first few days after Daniels’ death, he talked about getting out of music altogether and trying a nine-to-five gig, but within three months after the accident, he and Strachan were back on the road with The Funeral Pyre.

The Early Graves tragedy made national news and gained the band newfound attention. Daniels died about a month after the release of the band’s sophomore album, Goner, put out by niche label Ironclad/Metal Blade Records, which also released its 2008 debut, We: The Guillotine. Now with No Sleep Records releasing Red Horse, Early Graves finds itself on a label that has featured releases by such artists as metalcore legends Coalesce. Pitchfork and NPR’s “All Songs Considered” both premiered songs from Red Horse on their blogs. Brock admits he’s both grateful and uncomfortable.

“The reason why anyone knows of this band is the accident,” Brock said. “We were just a metal band on tour and then when somebody dies, it gets put everywhere. Someone on Twitter tried to call us out — how dare you have your stuff on Pitchfork — but what would be more lame would be for us to say, ‘We’re different people than you.’ I have never bought into that frame of mind. We’re not an easy band to digest. We need to expose ourselves to the biggest audience possible.”

The exposure has required the band to relive the worst day in its history and discuss in detail the death of Daniels, who Brock said was his “best friend.”

“All people want to know was what the accident was like,” he said. “They want to know more about the death than the life.”

Like many metal bands, Early Graves made death a major theme in its music, but since the accident, its perspective has shifted. The constant curiosity about the accident inspired new percussion-laden song “Death Obsessed,” while the chaotic, guitar-heavy track “Pure Hell” serves as a tribute to Daniels, who was always seen wearing a patch bearing those words on the back of his jacket.

“‘Pure Hell’ is about trying to live your life to the fullest,” said Brock. “It sucks to leave things unfinished. We talk about Makh all the time. We talk about how we miss him and the funny stuff, too: how the dude snored really loud; his stinky, Ninja Turtle feet; how often he slept.”

After Daniels died, there was a period when the future of Early Graves was uncertain. Brock went on tour with The Funeral Pyre while guitarist Tyler Jensen and drummer Dan Sneddon healed from their injuries. A year or so after the accident, the band started writing songs and brought in Strachan to add vocals.

“It just kind of happened,” said Brock. “There was never a discussion. We took it further every day. It sounds cheesy, but we kept pushing to be a band again. Eventually, it felt right to be Early Graves. It was a fucking really shitty year.”

Fans of the band’s first two albums will immediately notice that Strachan’s raspy voice sounds nothing like Daniels’ roar. Tim Green, the producer of Goner and Red Horse, said it was a deliberate choice.

“Makh’s voice was like this solid block sonically, like all frequencies were covered equally, while John’s voice is more like a hi-end screeching banshee,” said Green. “They knew there was no way they could replace Makh’s voice, so they just went the total opposite direction stylistically. I think it was out of respect for Makh that they got someone who sounded totally different.”

The decision to keep Early Graves going without Daniels has been met with some resistance. “Most of his friend have been awesome, supportive, and come to shows,” said Brock. “But some have been difficult, trying to tell us what they think we should do and all this bullshit. It’s messy. I had to sit one down and say, ‘Listen dude, you’re not Makh’s memory-keeper or his widow.'”

Early Graves is a different band without Daniels, and on Red Horse, it delivers a more melodic sound. On the first two albums, Daniels growls out angry lyrics backed by noisy, rhythmic guitar riffs and fast drumming, a mix of punk rock and thrash metal with simple structures built around repetition. On Red Horse, Early Graves seemed to restructure its songwriting around Strachan’s screeching vocals, which blend into the overall percussion, as opposed to Daniels’ voice that acted as an instrument itself. Red Horse is still fast and frenetic, but also pauses to take deep breaths in the form of heavy guitar solos. The resulting sound is more connected and fluid.

“For Goner, we went straight for the throat, but on Red Horse, we took more chances and introduced a big chunk of melody,” Brock said. “I think we have a diverse-enough sound to hold our own with grime and hardcore, but the new album is more heavy metal than we have done in the past.”

Every entry in Daniels’ online tour diary, an astute and drunken account of his life on the road, screams of his longing to create something bigger than himself. For a few years of his short life, Daniels had that outlet with Early Graves.

“We wouldn’t do something that fucks up the version of the band he was in,” Brock said. “I think Makh’d be stoked.”