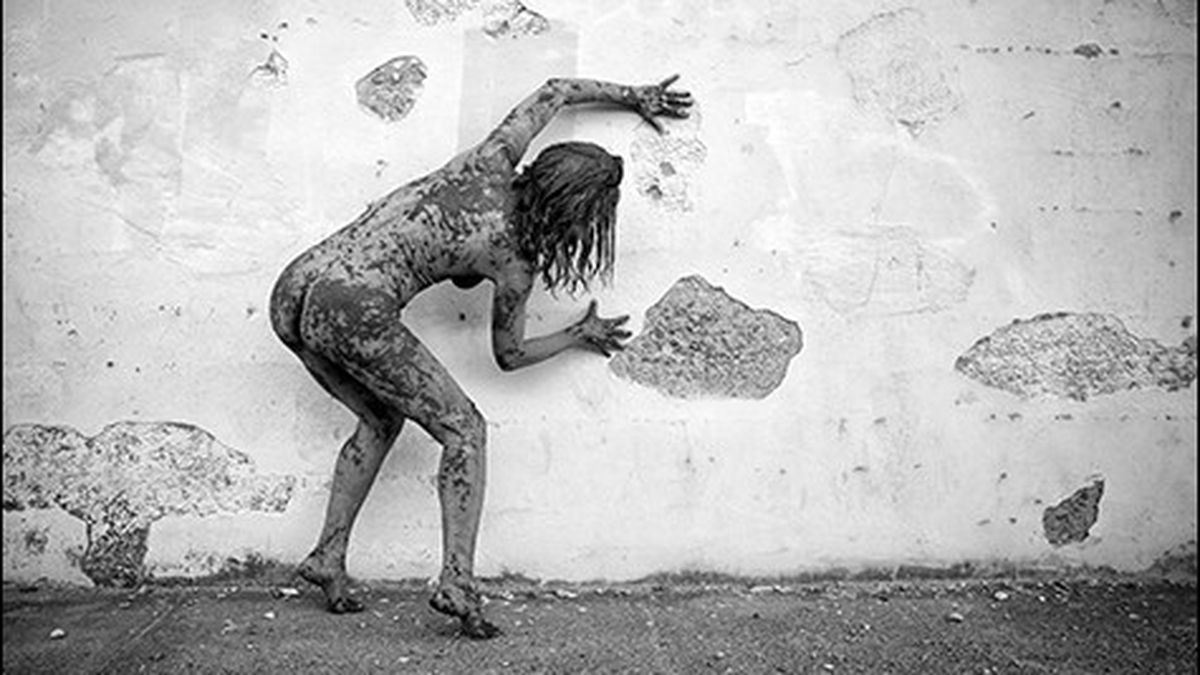 “I was thinking about the body, and where we come from, where we go back to,” said Oakland contemporary choreographer Randee Paufve, describing the genesis of her upcoming show, Soil. She had been pondering birth, death, and transition. “I just kept coming back to earth and ideas about dirt and soil. We all grow out of soil, we go back to the soil, we are made of soil.”

Her themes are weighty as stone, familiar as dirt. But familiarity breeds discontent in Paufve, and through dance, she digs more deeply into the inscrutable facts of life. Cocooned in her studio, she channels her perplexities into movement, crafts a more soulful connection to the world, and eventually reemerges ready to reveal a new phase of her creative life.

Paufve usually makes ensemble dances, like last year’s highly acclaimed So I Married Abraham Lincoln. Given her current mindset, though, it’s fitting that Soil is a solo show; it also happens to be the first in her 24-year career. Paufve choreographed two of the dances herself, deriving lush, sweeping movement from contemplation of sin and death, passion and light. She’ll also perform two that were created for her: Kate Weare’s rigorous, rhythmic, and technical Erie Lackawanna, and Gregg Bielemeier’s archly comedic …it’s kind of a secret but she laughs like a girl…, complete with beach balls and a flouncy dress by costumer Keriann Egeland.

But the piece that gets closest to the quick is Flying Over Emptiness. Created by the late Della Davidson for Berkeley dance legend Frank Shawl, it was inspired by Ted Hughes’ poetry collection Crow. “It’s not about a man or a woman,” said Shawl, “it’s about a person struggling with their darkest side, being out of control and trying to pull themselves into control.” Paufve admitted that it’s also one of the most difficult dances she has done. “It’s really an embrace of mortality,” she said. “It’s about stillness. It’s almost butoh-esque.”

Such a personal performance is a tender thing, and it needs an intimate venue. Paufve found that in the Hillside Swedenborgian Community Church (1422 Navellier St., El Cerrito). “As soon as I walked in, I felt that these dances belonged there,” she said. The wooden walls grew up from soil and will one day decay back into the earth. High windows let in the sunset that signals the start of each show, then fade into Jack Carpenter’s atmospheric lighting.

Ultimately, like all seekers, Paufve is searching alone, keenly aware of her vulnerability in asking questions that may be unanswerable. It’s simply a dirty, messy business, this muckraking of the soul and making of art. But as Shawl said of her, “She’s a brave one.”