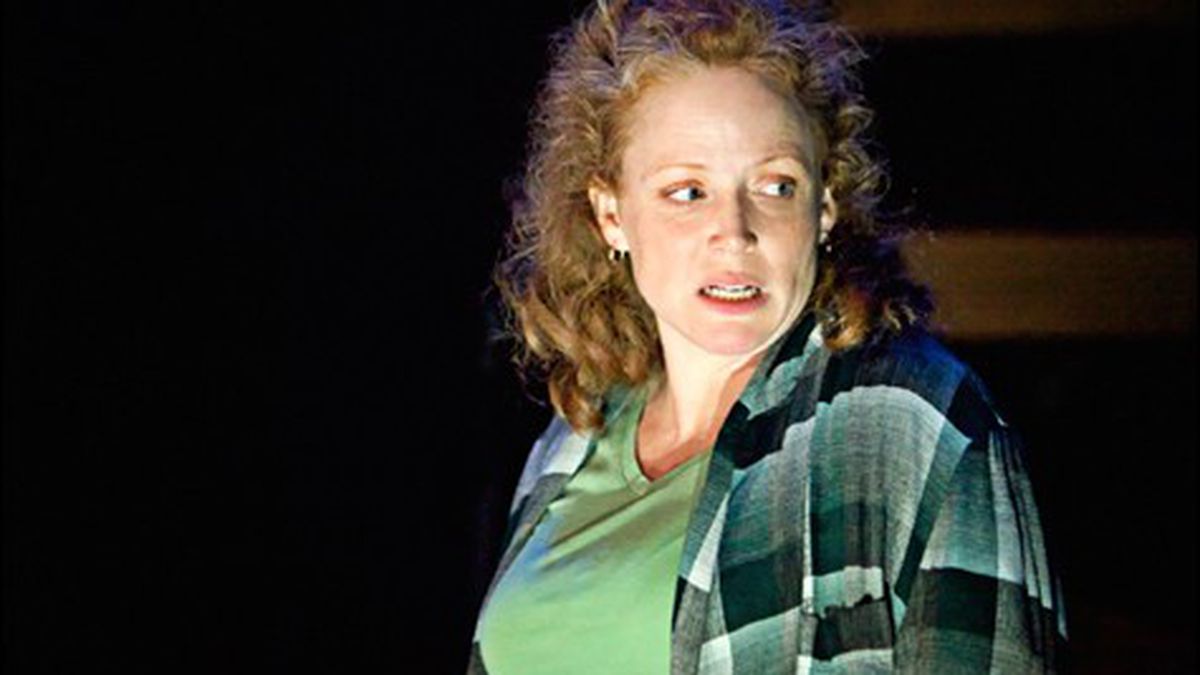 Drilling into ‘The Great Divide’

It was the role of the 19th-century playwright to opine and cast judgment; it’s the role of his 21st-century analogue to negotiate and facilitate dialogue. At least, that’s what a theatergoer might conclude after watching Adam Chanzit’s The Great Divide, a modern adaptation of Henrik Ibsen’s An Enemy of the People. Their very titles show a stark contrast in the playwrights’ temperaments: Whereas Ibsen was confident that the masses didn’t know what’s good for them, Chanzit sees the complexity in every political battle, and, thus, he refuses to delineate between right and wrong.

Such even-handedness makes The Great Divide — a new Shotgun Players production directed by Mina Morita — seem thoughtful, discursive, and balanced, but also a little unsatisfying. Chanzit chose to tackle one of the most contentious political issues of the day — hydraulic fracking, which, by itself, is fabulous grist for drama. Not only does it split us along political and economic lines; it’s also divisive in the literal sense: “Frack” is short for “fracture,” i.e., fissures created by pressurized fluid, with the intent of extracting natural gas. In the last two years, it’s become a major national news story, particularly in light of a University of Texas study that raised concerns about water contamination, waste management, air quality, and explosions.

Chanzit took all of these matters into consideration in writing his play, which he set in a small, economically depressed town in Garfield County, Colorado, which stands to benefit substantially from a gas boom. When a large company steps in and decides to drill there, the town residents suddenly have jobs. Most of them work at the plant; others, like Rita Lopez (Sarita Ocón) snag jobs as company flacks. The new industry helps bolster the local economy, lower gas prices, and pave the way for more development. Its effects reverberate everywhere, and no one is impervious to the Gold Rush mentality.

Into that setting comes Doctor Katherine Stockmann (persuasively played by Heather Robison), a dyed-in-the-wool progressive who spent several years working in Latin America, but repatriated to Garfield County in search of a simpler life. Her brother Peter (Scott Phillips) is the town mayor, her mother (a salty Michaela Greeley) is the de facto matriarch of what was evidently a local dynasty. Like her namesake in Ibsen’s play, Stockmann quickly discovers contamination in the water and concludes that it’s a by-product of the new industry. Her complaints fall on deaf ears, since fracking has become not only the town’s economic backbone but also part of its political infrastructure. Just as the original Dr. Stockmann found himself maligned for protesting a line of toxic “medicinal” baths in Norway, this Dr. Stockmann incurs the wrath of locals who are blinded by sudden prosperity.

Thus, Chanzit retained the basic contours of Ibsen’s plot, but made the story more nuanced. In The Great Divide, no one is either unilaterally good or unilaterally evil. The townspeople who stoutly defend the merits of hydraulic fracking are also the ones who suffer its environmental consequences. The journalist, Hovstad (Ryan Tasker), who could be a whistle-blower, ultimately yields to popular opinion. Even Dr. Stockmann makes a somewhat wobbly moral compass. As Peter notes, she left him to care for the elder Mrs. Stockmann while she went off to do human rights work. It’s a source of ever-festering resentment.

To honor so many conflicting points of view is admirable, and Chanzit did, indeed, write a political play that manages to not be pedantic. That said, he also burdened Morita and her cast with an unnecessarily complex script, and with characters who don’t demand that we feel invested in them. It’s occasionally hard to tell who works for whom, owing both to “The Company” having no proper name and to the mayor’s inability to separate its interests from his own. All political machinations aside, there’s the problem of not-easily-digestible subject matter. Hydraulic fracking is by definition wonky, whether or not it’s a hot news item. When your Greek chorus of drillers is rhapsodizing about “viscosity,” don’t be surprised if some audience members nod off.

To their credit, though, Morita and her crew also managed to find romance in their subject matter. For all the talk about natural gas and fuel economy, there’s also a bleak Colorado landscape dotted with rusty derricks, all captured in Martin Flynn’s industrial set design. There’s an undertow of desperation, filtered through the heavy female breathing that dominates Colin Trevor’s soundscape. And there’s youthful infatuation. Early in the play, Stockmann’s daughter, Petra (Luisa Frasconi) climbs one of the rigs with her beau, the journalist. Bathed in an orange spotlight, Petra dangles her legs over the landscape of Garfield County. The two of them talk about the future as they gaze down at a deeply fractured rock layer, and at a town on the brink of transformation.