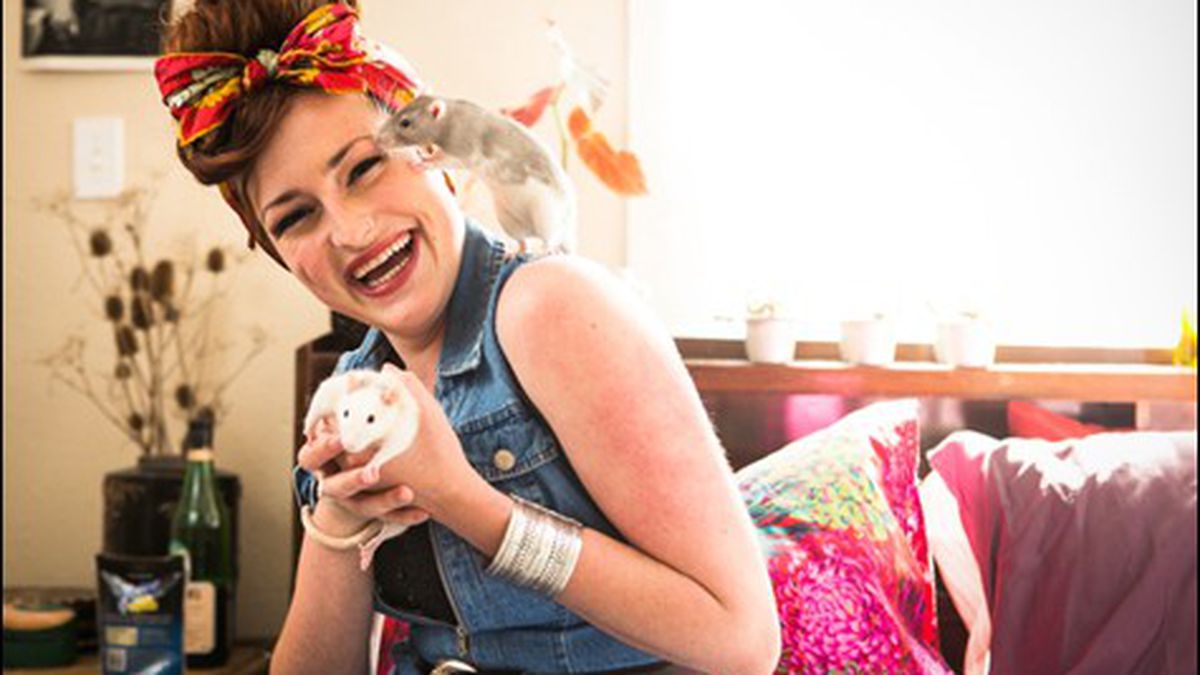 A survey of some less-than-conventional pets.

As someone whose childhood included a ban on anything with fur inside the house, I naturally got a little creative with what I deemed worthy of being a pet. I built “homes” for spiders in the nooks of old tree trunks in my backyard; I obsessively checked for poop in the diaper I made for my stuffed animal penguin, named Nancy Kerrigan; and, despite their placid stares, I imagined my goldfish were wildly eccentric princesses fleeing evil queens, happy to inhabit their new golden shimmering bodies in my murky, marble-filled fishbowl.

I loved each and every one of these living and nonliving pets with a fervor usually reserved for creatures objectively more interesting (and alive). And, it turns out, so do many other people. Here is a decidedly non-exhaustive profile of a few less-than-conventional pets people bring into their homes — and why they love them.

Where you can get them: East Bay Vivarium (1827 Fifth St., Berkeley)

Pros: Small, affordable, easy to keep in apartments, very social and can be very physically affectionate; generally require low maintenance and are independent.

Cons: Prone to colds and heatstroke; not always potty-trained.

By far the most common of the alternative pets described here, domestic rats are descendants of the wild brown rat, Rattus norvegicus, and have been bred and kept as human companions for about one hundred years. Unlike wild rats, they can quickly form bonds with their human friends, are very intelligent, and tend to have a wide range of personalities. “Rats are a lot like cats — they’re really, really smart, respond to their names, and know who you are. They can also be really eccentric,” said Hannah Thomson, a former rat owner. “For example, Eb-Deb (aka Ebenezer Fox) was really picky about eating. He never ate rat food, but he’d eat drywall. His favorite foods were tofu and nectarines.”

Perhaps the most important thing to know about domestic rats is that they only live to be two to three years old. Yet their short lifespan makes them ideal pets for people who are looking for a minimal commitment. “It’s probably the number-one reason I keep having rats,” said Laura Nagle, who owns two female rats, Beemo and Queen Carlotta, whose personalities she describes as polar opposites — “a bodybuilder and a drunk.” “They’re great pets for my lifestyle,” she continued. “They’re low-maintenance, and since they don’t really live much longer than a couple of years, it works for someone who is younger or doesn’t know where they’ll be a few years down the line. In the meantime, I love them!”

Average size: 6 inches as pups; can grow up to 28 inches

Where you can get them: To become a foster care volunteer for raccoon pups, contact the Yggdrasil Urban Wildlife Rescue Center (5961 Sherwood Dr., Oakland).

Cons: Pups need to be bottle-fed every two hours, can bite, and will damage belongings; nocturnal, usually don’t interact well with other pets or children.

Raccoons (Procyon lotor) are pets for the decidedly more adventurous, but keep in mind they are actual wildlife and thus are not only more dangerous to humans, but are illegal to keep as pets in California. That said, many intrepid souls have been known to take them as pets.

While coons are undeniably cute, incredibly curious, and can be housetrained somewhat (albeit with a great amount of patience), they are also prone to biting and will annihilate many of your belongings if you let them roam your house freely. “I’ve had Stevie for about a year,” said Larry, who did not want to use his real name to protect his identity. He brought an eight-week-old pup into his home as part of a wildlife rehabilitation program with the American Society for the Prevention of Cruelty to Animals. “He’s really affectionate, to a point. But when I let him into the house he’s never not moving; he won’t rest until he’s literally stuck his nose into every corner of every room, and sniffed and rummaged through every belonging he can get his paws on.”

And while raccoons are known to get more aggressive as they get older (Stevie has since grown to be around twenty pounds), programs like the ASPCA’s require that you re-release the pups back into the wild once they have reached a certain age. Thus the damage is kept to a minimum, and you still have time to enjoy their cute and mischievous nosing around for a while.

Where you can get them: Know someone, or search on Craigslist.

Pros: Very cute, easily trained to use a litter box, good companions once they are comfortable.

In the United States, the most popular breed of domesticated hedgehog is the African pygmy (aka Atelerix albiventris) — or, as they’re referred to by many owners, “hedgies.” Although they’re legal in most places in the United States, they’re illegal in California partially because of the risk they pose as non-native pests if they’re released into the wild. Still, many people decide to own them anyway.

If you decide to flout the law, here’s what you should know: The tiny animals are covered in more than 7,000 prickly quills that can hurt you if your hedgie isn’t comfortable around you. “When I first bought his ball to run around the house, he chased my cat around the living room,” said Katherine, a veterinarian and former hedgehog owner who didn’t want to go by her full name to protect her identity. (Katherine decided to adopt Quilliam when her friend’s hedgie got pregnant.) “He just charged around the room like he owned it, with no fear. He also explored every inch of the house in the ball that night.”

A quick YouTube scan confirms that hedgies are absurdly cute (highlights include anytime a hedgie rolls up into a prickly ball floating in a sink). And even though they’re illegal, Katherine said that vets are still allowed to treat them; the only issue is finding a vet who specializes in exotics.