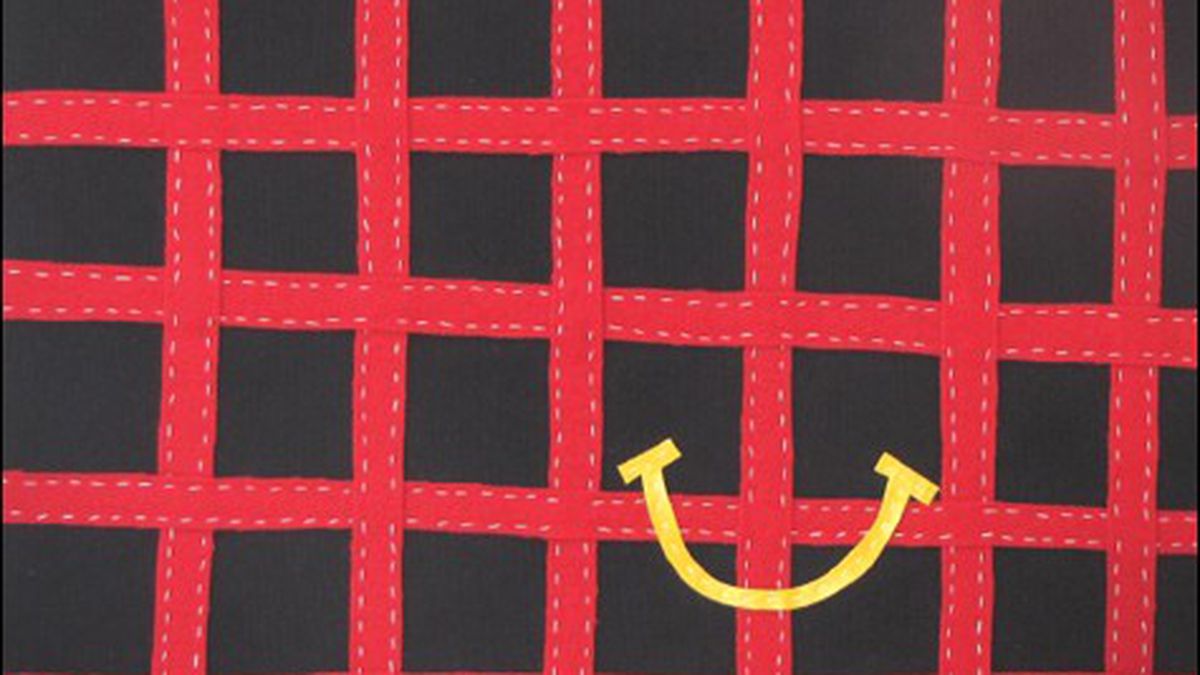 Diana Guerrero-Maciá Mixes It Up

The Chicago fiber artist brings something old, something new.

Guerrero-Maciá’s historical prototypes are the needlework samplers made by schoolgirls in the 18th and 19th centuries. Combining images of plants, animals, houses, alphabets, numerals, aphorisms, and poetry, all rendered with folk-art simplicity and wistful charm (or, in a less flattering light, Victorian sentimentality), they evidence a desire for order and composure in uncertain times. Not so, however, with these contemporary works that combine painting, typography and graphic design — with everything transposed, in the artist’s words, into “hand-sewn thickly textured layers of fabric … that is hand-cut and appliquéd on raw canvas.” Poetry, street signage, rock music lyrics, movie quotations, scavenged fabric, and, of course, modernist abstraction jostle and commingle. Guerrero-Maciá: “Art should be both work and play — the world is full of things that can be investigated and celebrated.”

What the artist investigates and celebrates in The Oblivion Before the Beginning is “the natural destruction and the poetics of desire that occur within the sublime spaces created by the big bang and the expansion of the universe.” The art, some of which derives from abstract-looking 15th-century astronomical models, poses “humorous and non-didactic” questions rather than presenting dogmatic certitudes. Cryptic initials in varying fonts, colors, and sizes stand in for complete quotations, as in “The Expansion of the World,” “The Oblivion Before the Beginning (White Light),” “The Round World,” and “TRWTFE (The Round World The Full Existence).”

Other pieces feature words and even slogans, suggesting the influences of Ed Ruscha and Jenny Holzer: “A 15th c. Starry Night” and “Lightes Innumerable” replicate in capital letters the words from historical documents, including their archaic spelling. And so verbally compelling are “All Nothing All the Time,” “Dignity Shortens Life Surely,” and “Tempted to Run Amok” that they could exist as paradigmatic conceptual art: wall-mounted, typed sheets of paper. The Oblivion Before the Beginning runs through June 26 at Traywick Gallery (895 Colusa Ave., Berkeley). 510-527-1214 or Traywick.com