The city went out of its way to acquire state-owned land for the exclusive benefit of the landlord's company. 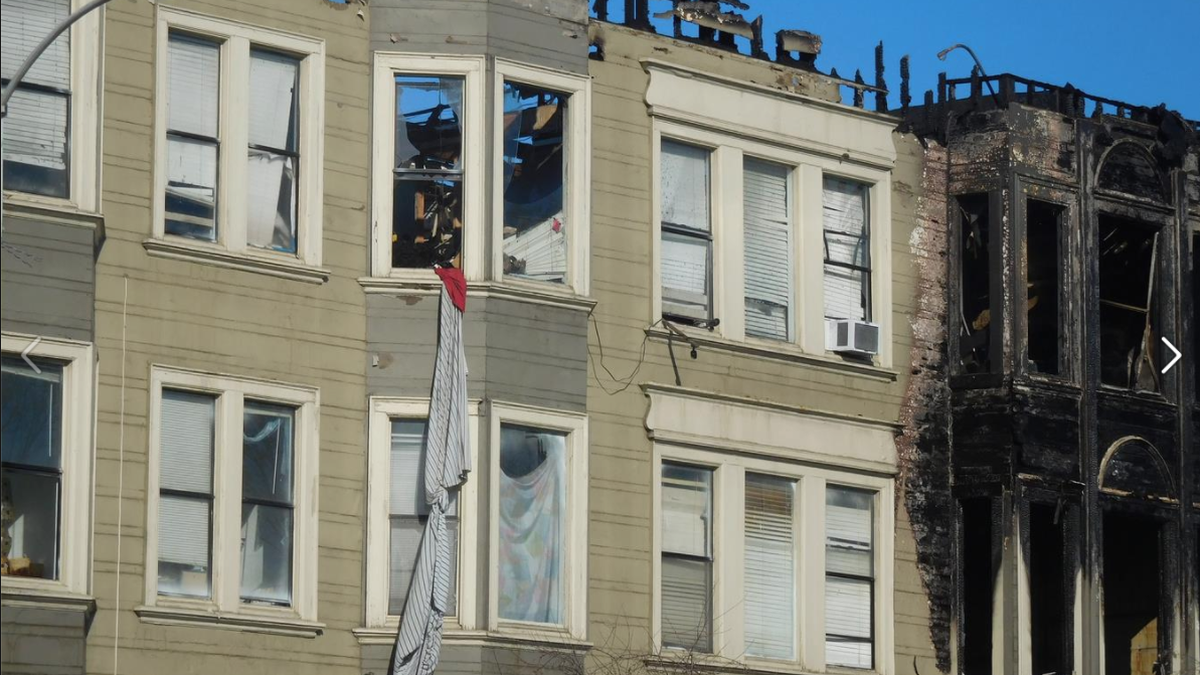 The blaze took four lives and displaced more than 80 people. Records show that Oakland officials knew for years that Kim’s building, at 2551 San Pablo Avenue, was a fire danger. It was the subject of 20 building code complaints since 2007. And fire inspectors flagged the structure as a hazard last week.

But while Kim allowed the building to fall into a dangerous state of disrepair, he was also investing in a company that negotiated an unusual multimillion-dollar real-estate deal with the City of Oakland.

What’s more, the city even went out of its way to acquire state-owned land for the exclusive benefit of the company Kim had a major stake in.

The complicated real-estate transaction involving the city, Kim, plus other investors and companies dates back to 2013.

Businessman Jabari Herbert approached Oakland officials with a proposal: give a company that he and Kim operated, the West Oakland Development Group, the exclusive right to purchase 2.8 acres of state-owned land on Kirkham Street, near Interstate 880. Herbert planned to develop hundreds of apartments and retail shops at the location, potentially worth hundreds-of-millions of dollars.

Herbert told the Express this morning that he was motivated to reclaim the land for West Oakland’s Black community, which had been pushed off the site when the freeways and BART were built. “The public land was taken from private Black business owners and home owners who weren’t paid market rate for those properties,” Herbert said.

The land is currently owned by the California Department of Transportation. Normally, Caltrans auctions off excess property to the highest bidder. But the agency’s policy is to solicit bids from government agencies first, in case they might want to acquire it for a public-benefit purpose.

But the city never issued any public notice seeking input or proposals from other developers. Instead, Oakland negotiated privately with West Oakland Development Group. Officials justified the exclusive deal on the grounds that it would give the city more control over what would be developed on the site.

Emails from last year, obtained via a public-records request, show that Herbert was the everyday face of the West Oakland Development Group. But state documents show that the company was actually incorporated by Hahn Kim, brother of Keith Kim. And its business address is a Montclair home that Keith listed as his personal residence between 2005 and 2009.

County records show that both Keith and Hahn Kim have represented themselves as the president of DCSI in real estate deals in the past.

In 2014, when Caltrans granted Oakland an option to purchase the Kirkham Street property, the West Oakland Development Group made the options payments, totaling $795,922 to date.

Nevertheless, West Oakland Development Group still to this day has significant money tied up in the land acquisition, according to city records.

Herbert wouldn’t disclose to the Express how much he and Kim have at stake in the Kirkham Street land deal. “Where I have a non-disclosure agreement, I cannot comment,” he said.

Earlier this month, McElhaney’s office got involved to protect the West Oakland Development Group’s interests, in light of the modified deal, according to council records and public statements made by her staff and Herbert.

At a council subcommittee meeting on March 14, McElhaney’s chief of staff, Zach Wald, told committee members that his boss wanted them to require Tim Lewis Partners to resolve a dispute with West Oakland Development Group before signing off on a transfer of the rights to purchase and develop the land.

“We recently have become aware that there’s a misunderstanding between West Oakland Development Group and Tim Lewis Partners with regards to the property,” Wald told the committee. He added that McElhaney wanted to condition the council’s approval for the new deal on the “working out of the differences” between the companies “so that when this transfer does occur, it’s clean, and we’d know that everybody is being well served.”

Herbert addressed the committee immediately after Wald. “We ask for no delay, that we quickly approve this, with the conditions stated by Zach and Councilwoman McElhaney’s office,” he said.

The nature of the misunderstanding between the two companies is unclear, however, as the terms of their deal are private.

Herbert said his non-disclosure agreement also prevents him from sharing any information about these terms. When asked about the $795,922 in options payments that his and Kim’s company made to Caltrans, he declined to respond.

Representatives of Tim Lewis Communities did not return calls and emails.

This past Tuesday night, when the council voted to approve the last modification to the Kirkham Street land deal, Herbert said during public comment that he was pleased his company and Tim Lewis had “come to an equitable agreement.”

According to records shared with the Express by James Cook, the attorney representing the nonprofit, Urojas Community Services, its director Jasper Lowery paid DCSI at least $56,500 in rent between March 2015 and December 2016.

At times, other rent payments made by Lowery went to Dignity House West and the House of Change, two nonprofits that Jabari Herbert incorporated.

Herbert told the East Bay Times earlier this week that he’s no longer affiliated with either nonprofit.

The dangerous condition of Kim’s building were well-known to the city — in particularly McElhaney and her staff.

Last month, the fire department responded to a service call at the building. Then last week, on March 24, the building was inspected by the fire marshal. Inspector David Davis found that the building lacked basic safety infrastructure, including working smoke alarms, sprinklers, fire extinguishers, and more.

According to comments in a separate building-inspection report dated February 3, McElhaney and her staff “toured the building” that month.

The councilmember was reportedly trying to help Kim and Lowery reach some kind of deal after Kim attempted to evict Urojas from the building. McElhaney reportedly was working to preserve the building as an affordable housing project.

“She was just tring to get us to talk,” Lowery said in an interview. “But I couldn’t get [Kim] to agree to nothing.”

When asked about her roles in mediating between Kim and Lowery before the fire, and also the land deal involving the city, West Oakland Development Group, and Tim Lewis Partners, McElhaney declined to answer questions.

She wrote in an email that she has been “focused on finding support for fire victims,” and that city staff oversaw the West Oakland Development Group and Tim Lewis dispute resolution.

At this past Tuesday’s council meeting, members of the public asked officials why the city is working to help Kim benefit from the Kirkham Street deal despite the San Pablo building tragedy. This prompted Councilmember Noel Gallo asked city staff to clarify Kim’s role in the Kirkham Street land deal.

A staffer confirmed that Kim is a partner in the West Oakland Development Group, but said that the city isn’t technically a party to any direct agreement with Kim. Gallo motioned for a vote, and the council approved the deal’s new terms.

A History of Deals and Controversy

Kim has a long history of deals with the City of Oakland, and also controversial business disputes.

Kim’s first deal with Oakland involved a $2.2 million loan from the city so that Kim could purchase the financially distressed Granny Goose food manufacturing company in 1995, which had a factory in East Oakland. Kim briefly turned the company’s fortunes around, but by 2000 it closed for good.

Kim was an investor in several Dot-Com companies in the late 1990s and early 2000s. In 2001, the Securities and Exchange Commission charged Kim with insider trading. The government alleged Kim used privileged information to trade stocks, illegally earning himself $832,877. He also handed the information to a friend. Kim was convicted in 2002.

In 2008, Kim was sued by a childhood friend, Michael Chung, who alleged that Kim stole a $1 million investment Chung made in Brainrush Inc., another tech company run by Kim, and then later failed to pay back a loan.

In 2011, Kim filed for bankruptcy. Despite owning multiple properties and companies, Kim listed his income that year at a lean $45,757.

In a court document related to his bankruptcy, Kim identified DCSI as the source of payments being made on his behalf, to cover debt counseling services mandated by the court. The records also revealed that DCSI owns property that Kim personally uses, including a Mercedes Benz S500 and a grand piano.

Next ArticleEating Chinatown: A Walkable Guide to Oakland’s Most Delicious Neighborhood