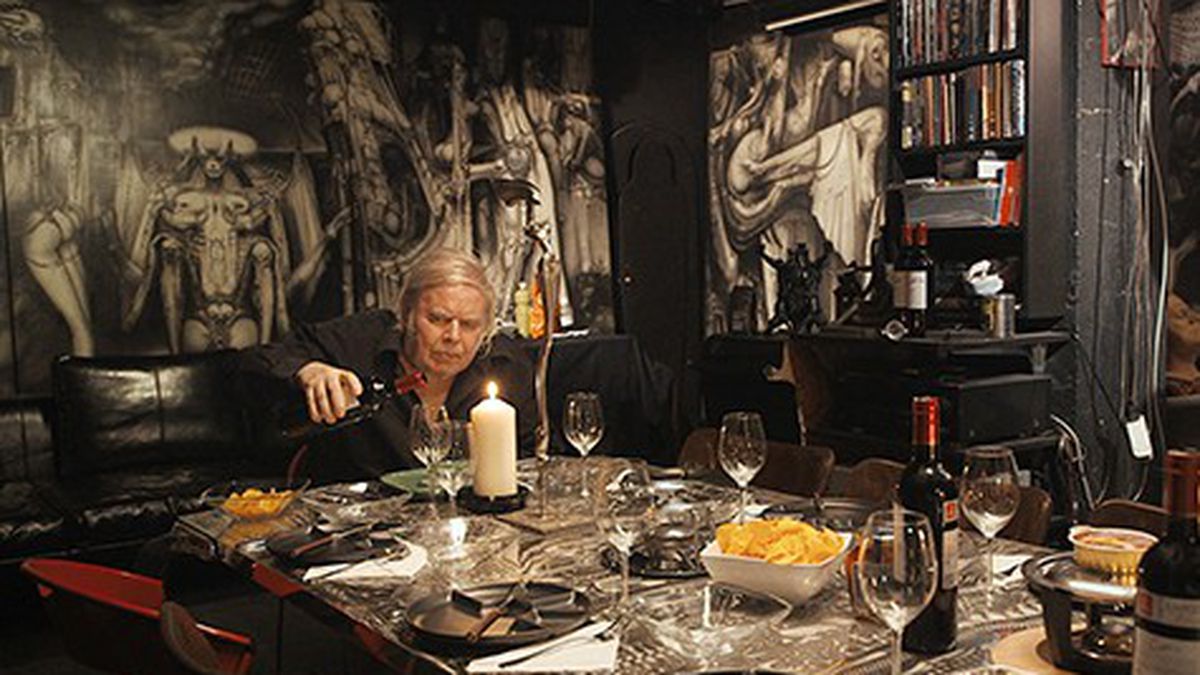 The wizard of odd.

H.R. Giger, the Swiss visual artist whose elaborately macabre work made a splash in this country on the strength of his big-mama robotic-insect whatsis in Ridley Scott’s Alien and its sequels, was evidently always a little strange, dating back to his childhood. In the new bio-doc Dark Star: H.R. Giger’s World, Giger relates how as a boy he was given a human skull by his father. The grisly present terrified little Hansruedi, but he learned to conquer his fright by tying a string to the skull and pulling it down the street with him, to show he was unafraid of death.

Giger still had that skull, and many others, when writer-director Belinda Sallin interviewed him in his home, a neglected house crammed with spooky objets d’art, situated on an overgrown lot in Zurich. In his last years — Giger died soon after the film finished shooting, in May 2014 — the white-haired artist bore a resemblance to Dr. Caligari, or perhaps Rotwang the crazed inventor from Fritz Lang’s Metropolis. Giger’s artistic preoccupation with morbid imagery and nightmares, combined with an illustrator’s eye for the erotic intersection of sex and death, made him hugely popular with European sci-fi fans and metal-heads from the 1960s onward. That widespread adulation eluded him in the US, despite the movie gig and album covers for the Dead Kennedys, Deborah Harry, et al.

Filmmaker Sallin’s portrait of the artist lingers lovingly on the intentionally dismal house and grounds. We can see that Giger shared with Walt Disney and Hayao Miyazaki the desire to have a theme park, with a little train to conduct visitors through his obsessions. In his love affair with death and decay, Giger haunted abandoned buildings and alternative universes before that sort of tourism became fashionable. His taste may have ultimately become commonplace, but he nurtured it devotedly to the end.