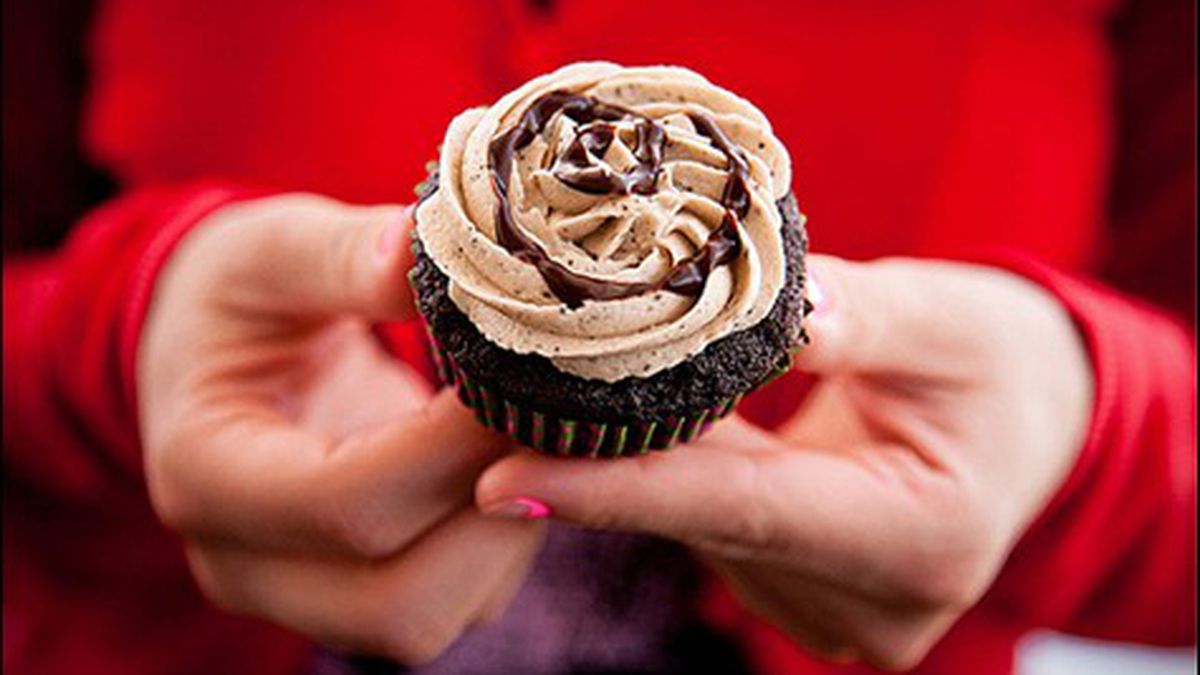 For evidence of the continuing cachet of cupcakes, one need look no further than gourmet bakery Sprinkles Cupcakes. In March, the as-seen-on-Oprah chain installed a 24-hour cupcake vending machine at its Beverly Hills storefront that churns out around one thousand of the mini desserts each day, with more such cupcake ATMs planned for additional locations. Closer to home, companies like Oakland’s James and the Giant Cupcake, Berkeley’s Love at First Bite, and mobile vendor Cupkates deal almost exclusively in the pint-size sweets.

Perhaps the dessert’s endurance can be credited to its versatility. After all, consumers are just as likely to find funky flavor combinations — like coconut with meringue frosting or peanut butter and jelly — as they are old staples like chocolate and vanilla. And as with many baked goods today, options abound even for vegans and the gluten-intolerant. That’s just the sort of cupcake you can sink your teeth into at the Rock Paper Scissors Collective’s (2278 Telegraph Ave., Oakland) fourth-annual Vegan Cupcake Bake-Off on Saturday, July 14. For $5, participants get a fork, a plate, and the opportunity to crown the Bay Area’s Best Vegan Cupcake. Before or after the feeding frenzy, participants can be photographed against a cupcake-themed backdrop, screen-print cupcake designs on their previously unadorned clothing, and consume non-cupcake-y popcorn and locally made iced tea.

Ara Jo, who doubles as the collective’s gallery director and cupcake competition co-organizer (with volunteer Crystal Moore), was tight-lipped on the specific concoctions created by this year’s contestants, but she did say that the bake-off will feature original recipes (including a gluten-free cupcake) from four individuals. She noted that submissions were subjected to a rigorous screening process by which a web search weeded out plagiarized pastry recipes. Entries deemed too heavy on processed ingredients were also nixed. “When it comes to cupcakes, you want something moist or thick or savory — something essentially rounded out with fat,” Jo said. “And when someone uses a go-to source like Earth Balance, it’s basically the same thing as if a non-vegan just used straight butter. It’s kind of an easy way out.”

Instead, citizen judges will find baked goods bound by healthy ingredients like almonds, coconut oil, and flax seeds. Last year’s winner, a West Oakland bakery called Hella Vegan Eats brought home the gold with a tres leches cupcake comprising just coconut, almond, rice milk, and fresh fruit. Such hearty formulas, Jo promised, lend themselves to delicious results. And the unapologetic carnivore advises non-vegans not to write off the veritable “ocean of cupcakes” just because they lack milk and eggs. “Ultimately, this is a sweet event. There’s nothing sour about it,” she riffed. “I’d like for someone’s mom who’s from Ohio to come and eat a vegan cupcake and not notice the difference.” 1-4 p.m. 510-238-9171 or RPSCollective.org