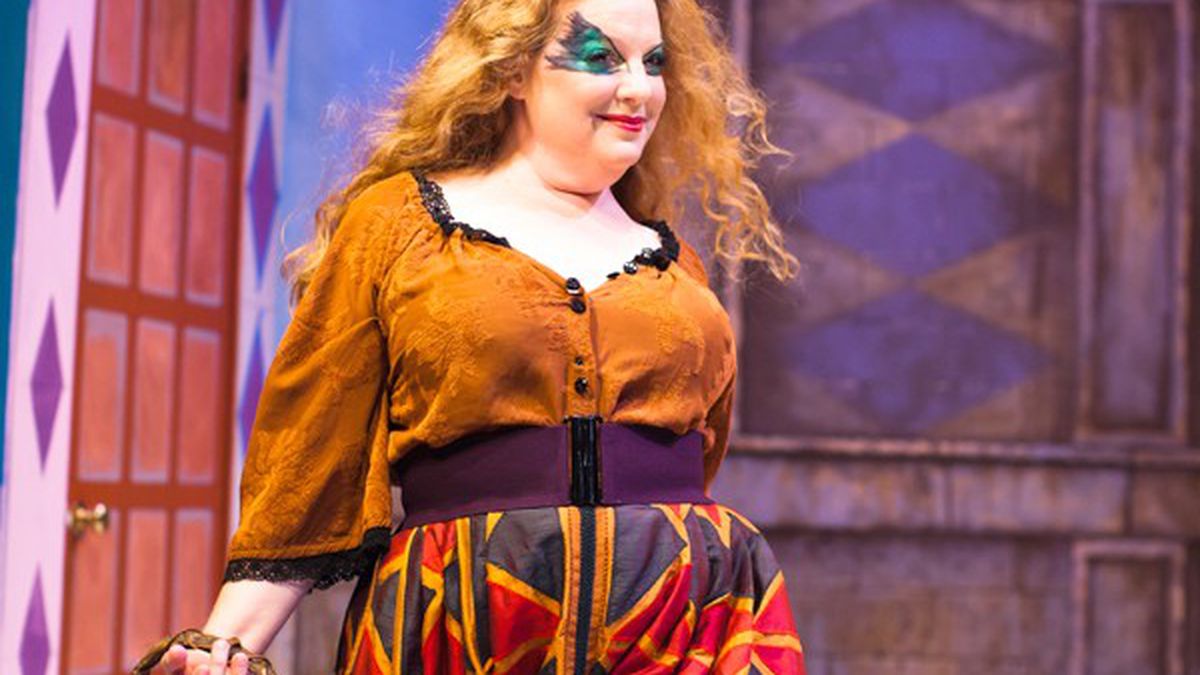 A New World for Truffaldino

The first line of Truffaldino Says No, Ken Slatterly’s new commedia dell’arte produced under the auspices of Shotgun Players, recurs several times in the production, always in the same anguished howl: “Fuck my life!” And, granted, title character Truffaldino (played by William Thomas Hodgson) has plenty to grumble about. He’s footloose and foolhardy, but doomed to spend his entire life in Venice, serving as a court harlequin. He’s infatuated with a routinely dismissive young debutante, Isabella (Ally Johnson), who has her eyes on another man. His father, Arlecchino (Stephen Buescher), is a ham; his mother, Colombina (Gwen Loeb), is an adulteress. Clowning runs in his patrilineal line, but Truffaldino has no desire to pursue it. He’s a seeker and a striver, trapped in a world that doesn’t tolerate such things.

It’s a fitting premise for a play that loosely touches on the immigration debate, albeit through the lens of a classical fable. Slatterly wrote a skeletal version of the play back in 2009, as part of PlayGround’s Monday Night Series at Berkeley Repertory Theatre. (PlayGround is an incubator for Bay Area playwrights, mostly known for producing polished ten-minute works, though it’s also created the blueprints for full-length productions, like this one.) PlayGround had structured that particular installment around the theme “Arlecchino,” meaning the clown archetype from commedia dell’arte, so Slatterly had to revisit his college studies on the old 16th-century Italian form. He developed the first version of Truffaldino around the idea of a son rebelling against his father. In this case, dad is the arlecchino, or harlequin, and Truffaldino, the son, is fated to follow his footsteps — until he decides to resist the winds of destiny. Thus, Slatterly imposed contemporary psychology onto an ancient form, making it accessible to modern audiences.

His first sketch showed enough promise for PlayGround’s directors Jim Kleinmann and Annie Stuart to take interest, and they ultimately commissioned him to write a full-length play, at which point Slatterly decided to delve into the immigration debate as well. He fit it in craftily by having Truffaldino — and later, the rest of his family — travel from the “Old World” of Venice to the “New World” of Venice Beach, Los Angeles, which turns out to be a mirror universe. In fact, every stock character from the Old World has his own proper analogue in the New World. There’s a pinchpenny businessman to represent the miser Pantalone; a pair of rather vapid innamorati in beach clothes; a harlequin and his mistress; a veteran to signify the Iberic conquistador Il Capitano; and a wise man to match Il Dottore. To complete the gimmick, Slatterly and director M. Graham Smith had each cast member play two roles — one from the Old World, one from the New.

That’s a tall order even for a nimble group of actors, and in some parts of Truffaldino the cast members have to switch roles merely by putting on a mask or a pair of sunglasses, or switching accents, or adding some sort of bodily tic — Arlecchino struts around stage like a rubbery-limbed grasshopper, while Colombina swivels her hips and thrusts her chest out, invitingly. You’d think it’d be taxing but they make it look effortless.

PlayGround took a risk in commissioning Truffaldino given that a contemporized, socially relevant, magical realist take on commedia dell’arte certainly sounds like a dicey proposition. But many great works of art require a little leap of faith at their inception, and in this case, the payoff was tremendous. In fact, every element of Truffaldino conspires to make the final product dazzle. The script is put together in a perfectly symmetrical way, though it still manages to have several big reveals — even the resolution comes as a surprise, albeit a well-earned one. Martin Flynn’s set is low-tech and transposable, and light designer Heather Basarab manages to transform a Venetian village into modern beachfront development just by brightening the room. The script folds in on itself like one of those origami fortune-tellers, with lines that repeat over and over to enhance the doubling motif. One of Truffaldino’s first lines, when he enters the New World, is “Fuck my life!” in Italian: “Scopare la mia vita!”

But the main selling point is the acting. Not only are Smith’s cast members burdened with being onstage for the entire two-hour performance — Truffaldino is an ensemble play in the purest sense — they also have to flit between characters while hitting every comic beat of each scene. The dialogue flies so quickly, as the play draws to a climax, that it starts to resemble an Abbott and Costello routine. And through all that, Truffaldino manages to transmit a rather sweet, traditional homily about how one person’s sense of rootedness can be another’s ball and chain. But even a rugged individual will eventually long for the Old World.