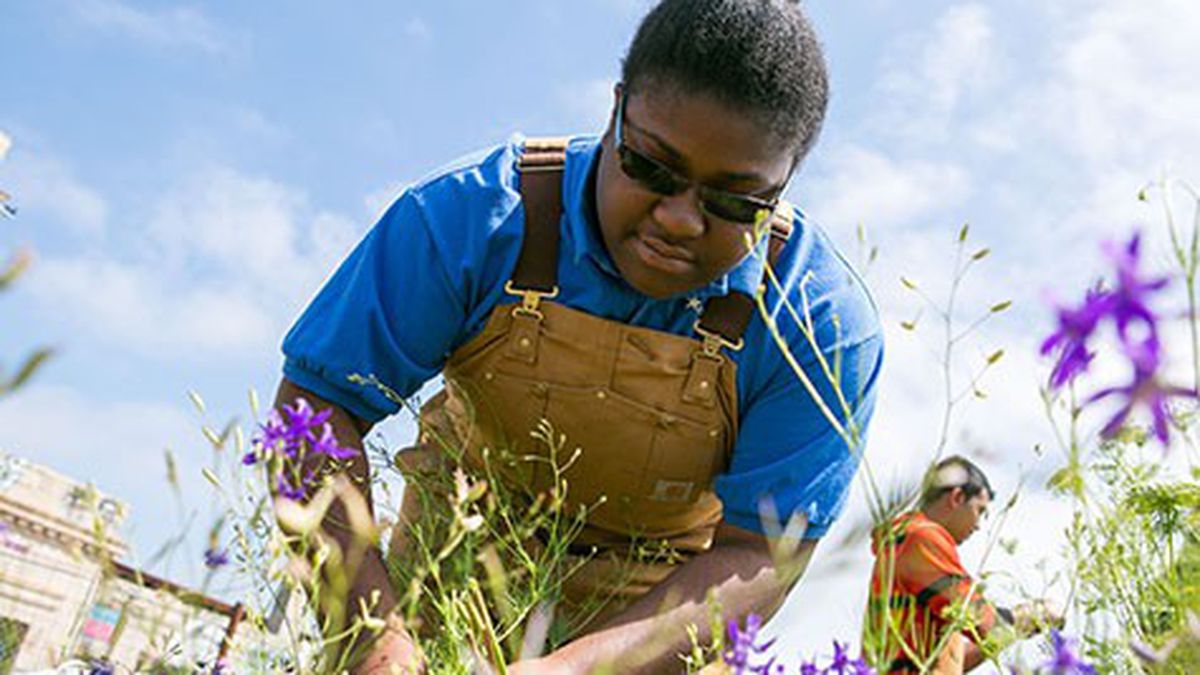 Cultivating the Next Generation of East Bay Entrepreneurs

These local businesses and nonprofits invest in underserved youth to prepare them for the workforce.

With the prevalence of unpaid internships in today’s economy, many young people from low-income households do not pursue their dream careers because they simply can’t afford it. However, there are a number of local organizations that employ youth with the goal of giving them experience in fields that may otherwise be inaccessible to them — such as tech, journalism, design, and business management. Here are some internship programs that seek to empower low-income youth to find meaningful careers after graduation and break the cycle of poverty.

Entrepreneurs and activists Patricia Johnson and Philip Krohn founded WOW Farm in 2012 as part of the larger nonprofit, Game Theory Academy, which teaches money management skills to high school students from lower-income households and the foster care system. In addition to gaining entry-level gardening skills, WOW Farm’s paid interns enroll in a weekly entrepreneurship class to learn the ins-and-outs of managing a business, including invoicing and project management.

WOW Farm has two urban farm locations in West Oakland: an herb and produce farm on 7th Street and Mandela Parkway and a flower farm on Wood Street between 15th and 16th streets. A cohort of about fifteen young people operates both farms and sells its harvests to local restaurants and cafes, including Flora, Duende, Kilovolt Coffee, and Hopscotch, as well as various markets and flower shops around Oakland.

WOW Farm’s youth program provides young people with a hands-on learning experience on sustainable business practices, and it seeks to give its interns skills that will help them secure long-term employment — which, in many cases, they rely on to put themselves through college.

Located in the heart of downtown Oakland, Youth Radio works with high school and college-age youth, and is one of the most widely recognized organizations of its kind in the Bay Area. It’s an award-winning media production company, and hires about three hundred students per year to produce digital media. Experienced journalists and other professionals from Youth Radio’s staff mentor the students.

Publications around the country have been trying for years to diversify their newsrooms, but it’s often difficult for lower-income young people to gain the necessary experience to get journalism jobs in an industry in which unpaid internships are the norm. Youth Radio interns, however, earn an income while learning forward-thinking career skills that emphasize using digital tools to tell stories in innovative ways.

After completing an intensive, six-month training course that teaches them a wide array of digital skills, the students begin in-house internships that encourage real-world job experience in their chosen specialization. To name a few examples, journalism students produce pieces for partnering outlets such as KQED and NPR; those interested in the performing arts join Youth Radio’s creative collective Remix Your Life; and interns at Youth Radio Interactive, a collaborative program with MIT, code mobile and desktop interfaces for journalistic multimedia projects.

Shaun Tai is an Oakland native who saw the power of social media to connect with urban youth when he created a popular series of YouTube videos in the mid-2000s that featured local rappers. Looking to use his knack for viral marketing to empower young people, he founded Oakland Digital Arts and Literacy Center in 2009.

The nonprofit hires community college students studying graphic design to create social media marketing campaigns for local businesses owned by women of color over the age of forty. The community impact of Oakland Digital is two-fold: Oakland’s older business owners become equipped with tools to thrive in the digital age, and lower-income students of color get paid to cultivate the skills necessary to launch their design and marketing careers after graduation.

Tai realized he wanted to serve both of these populations when two young men robbed his mother at gunpoint in her furniture store in Uptown several years ago — an experience he describes as a turning point. “I realized there’s so much trauma in Oakland and young people need opportunity,” he said in an interview. With Oakland Digital, he seeks to inspire youth to seek fulfilling career options by opening their eyes to the ways they can use tech to create positive social change while earning a living.

While the current tech boom has created an influx of wealth in the East Bay, many longtime residents lack the skills to get jobs in the start-up economy, and, as a result, don’t directly benefit from the region’s economic growth. But local nonprofit Hack the Hood is attempting to bridge the economic divide between Oakland’s lower-income communities of color and the largely white, upper-middle-class, male tech workers moving to the area in large numbers.

Founded in Oakland, Hack the Hood also has locations in Richmond, East Palo Alto, and San Francisco. The organization recruits lower-income high school students for short-term, paid internships that accelerate their coding skills. The interns begin the program by going through a web design boot camp. Then, they put their knowledge to use by building websites for local businesses. Hack the Hood connects these aspiring web developers directly with business owners to encourage them to practice cultivating relationships with clients — a vital skill at a time when web designers are increasingly operating as independent contractors.

Hack the Hood has already seen successful results from its program, which has only been in existence for three years: Some of its former interns have gone on to start their own media firms, while others have used their new portfolios to get accepted into four-year colleges. Its next move is to give former interns year-round attention to support their transitions into full-time web design careers after high school graduation.

Community and civic pride are the core values of The Real Oakland, a T-shirt company that 25-year-old Oakland native Jhamel Robinson founded in 2011. Robinson is a freelance graphic designer who has spent the past several years working at various Bay Area nonprofits, including United Roots, an organization that provides various education and career-related services to at-risk youth in Oakland.

Now running his company full-time, Robinson hires about 25 paid high school interns through United Roots each year and gives them key responsibilities within the company. His internship program has an emphasis on graphic design, and the students who work with him expand their résumés with projects, such as coding the business’ website, creating fliers and T-shirt designs, and screen-printing garments.

Like United Roots, The Real Oakland’s mission is to give economic opportunities to Oakland’s low-income and homeless young people, and so far it seems to be succeeding. Several of its previous interns have gone on to start their own businesses and projects, such as the graphic design start-up Hippy Genius Media, the clothing brand Wake Up Clothing, and the interdisciplinary art collective Creative Crew. While Robinson sells the majority of his apparel online and at festivals, upcoming projects include starting a local screen-printing facility and either a storefront or mobile boutique that will hire more young people.