Community-supported agriculture doesn't have to stop at fruits and vegetables. 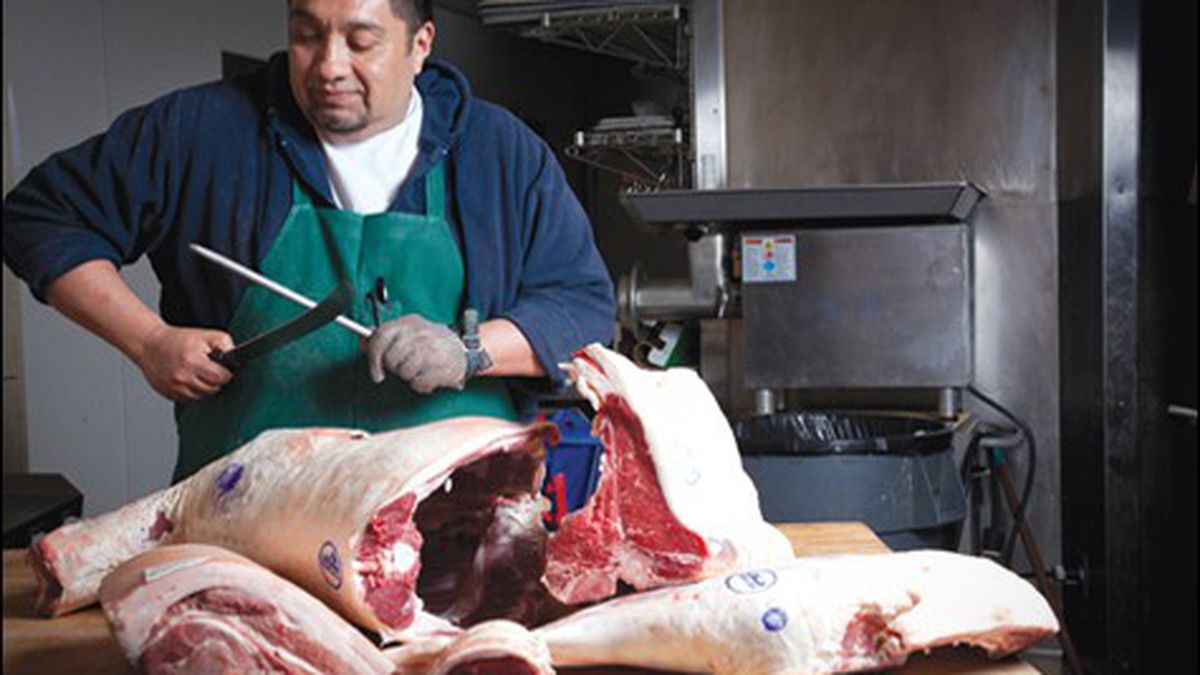 At this point, every man, woman, newborn baby, cat, and refrigerator magnet in the Bay Area has heard of, dissected the various merits and drawbacks of, read six or seven blog posts about, and probably participated in a standard fruit-and-vegetable CSA (or community-supported agriculture program, wherein a farm or farm collective delivers fresh, seasonal produce to your doorstep on a regular basis, thereby ensuring freshness, supporting local farms, and cutting out the grocery-store middleman). But local, organic, and seasonal doesn’t stop with produce, and, accordingly, the ever-expanding CSA market now includes meat, seafood, dairy, and more. It’s a brave new world out there; here’s but a small list of the best alternative CSAs delivering to the East Bay.

This San Francisco-based butchery’s CSA is notable for its flexibility: Once a month, you’ll get an email asking you to set a price point (somewhere between $100 and $400), as well as pick the quality of cuts you’d like. Each month’s haul contains a pack of sausages, a bag of chicharrónes, and a package of ground beef, lamb, and/or pork, beyond which 4505’s meat maestros build a bag with various cuts and roasts, until you reach your pre-set price ceiling. Everything’s customizable by the month; you’re welcome to make requests as to cuts and styles; and all the meat is high-quality, local, pasture-raised, and freshly butchered. Like most meat CSAs, 4505 operates on a pickup, rather than delivery, model, which means your meat won’t be sitting in the sun on your doorstep for hours on end — always a good thing.

Yup, just like the old days — except, you know, better. Bay Area Milkman delivers super-fresh, organic Straus milk — in glass bottles, no less, for $4.59 for a half-gallon — on a weekly basis throughout the Bay Area, as well as bread, eggs, coffee, honey, and more than two hundred other items — all orderable on the spot, so it’s like the grocery store’s coming to you.

Get it, SeaSA? Gimmicky name aside, Siren Fish Company’s CSA — er, CSF — offers a good deal and a novel concept: sustainably fished, Northern-California local seafood both common and obscure (recent packages have included trap-caught black cod, smoked albacore tuna loins, and Dungeness crab), all delivered (in a cooler, mercifully) to set locations at various set locations — in the East Bay, that’s Berkeley, Glenview, and North Oakland — always 48 hours or less after being caught. Shares are available on a weekly or biweekly basis, at $40 for a full share or $20 for a half, which means Siren SeaSA is also a relatively affordable entry into the wide, wonderful world of alternative CSAs. And, maybe best of all, each delivery comes with recipes as well as instructions for breaking down and preparing that week’s catch.

Perhaps unsurprisingly, the company that helped pioneer the idea of seasonal beef — that is, the idea that beef, just like vegetables, responds to climate and environmental factors and is better at certain times of the year — also offers one of the Bay’s best meat CSAs, winsomely called the “meat club.” Each month, — for a price ranging from $67 to upwards of $200, depending on quantity and quality — subscribers get a box containing a mix of frozen cuts of grass-fed beef, pork, lamb, goat, mutton, chicken, turkey, and/or duck. Beyond that, and based on your price point, preferences, and appetite, the options are pretty much endless, available at more than twenty pick-up locations around the Bay Area, including several in the East Bay. Call it the carnivore’s dilemma. &#8;