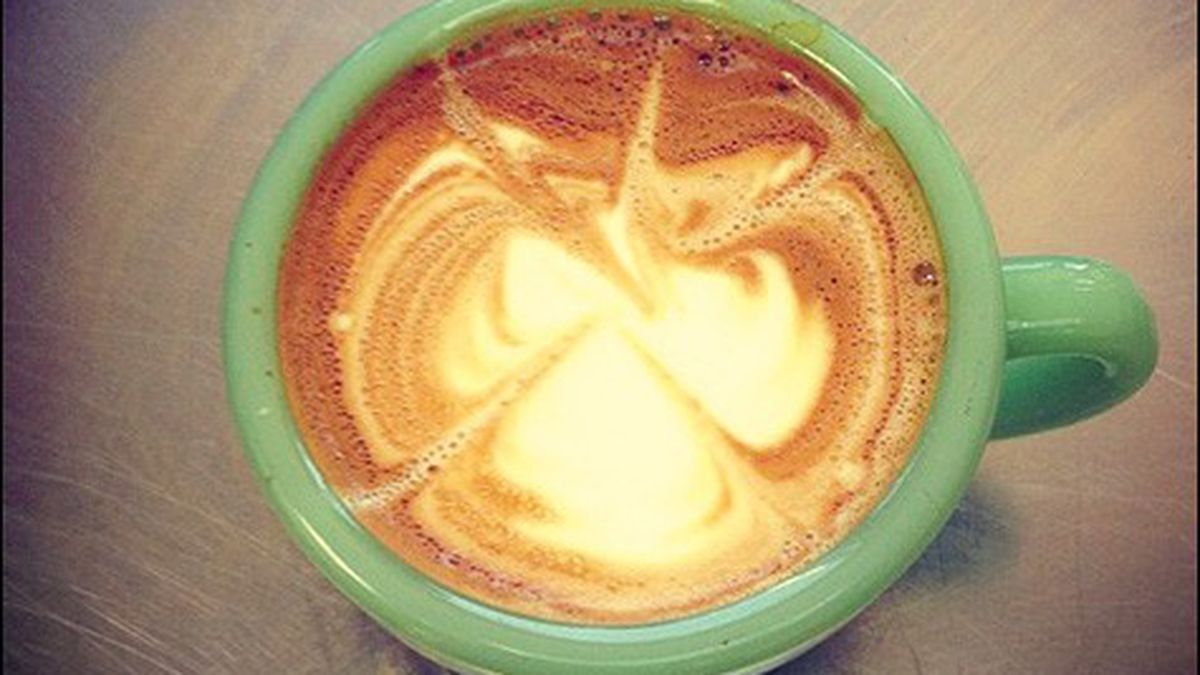 Plus, where to get fantastic Jamaican patties in North Oakland.

Temescal’s tiniest coffee kiosk is all grown up. After a shop shuffle in Temescal Alley and a months-long build-out/hiatus, The CRO Cafe will reopen on Friday, April 11 in a new location on the other side of the alley, with expanded hours (7 a.m. to 6 p.m., seven days a week) and a revamped menu.

At just 240 square feet, the CRO Cafe’s new home is still “comically small,” said owner Luigi Oldani. But compared to the cafe’s previous space, the new digs — the former home of Crimson Horticultural Rarities (which also moved to a larger space in the alley) — feel luxurious. While the cafe still won’t have seating, a built-in espresso bar will replace the mobile cart that Oldani has slung coffee from for the past two years, first as a pop-up outside of Berkeley’s Bartavelle, and then parked inside his previous Temescal Alley spot. As many as fifteen people should be able to fit inside the new cafe comfortably, and, when it isn’t too crowded, customers will be able to enjoy their coffee standing up at the bar. “It started to feel crowded at four before,” Oldani said.

Opening a full-service brick-and-mortar cafe was always a goal for Oldani, a one-time mechanical engineer who left a career in the startup world to pursue his dual passions for coffee and metalwork fabrication (via his other business, Oldani Art Studio, which handled the entire build-out for CRO and several other local cafes). The process just took longer than expected.

The good news for fans of The CRO Cafe’s espresso drinks and pour-over drip coffee is that the larger space will allow Oldani to be a little bit more creative with his beverage offerings. “I want to keep that spot as a destination rather than a spot on a checklist of places that know how to make a cappuccino,” he said. In order to help distinguish the cafe, Oldani will start offering harder-to-find drinks.

In particular, Oldani sees iced coffee as an area that has experienced relatively little innovation at Bay Area cafes (Blue Bottle’s recent successes notwithstanding). So, when CRO reopens, he’ll have a couple of different iced coffees available daily. One will be a traditional cold-brewed coffee that will available on tap — served out of a kegerator, basically. Besides the novelty of the delivery system, the pressurization has a pleasant effect on the drink — it causes the coffee to develop a creamy “head,” like a Guinness, Oldani said.

The cafe will also offer iced coffee made with a so-called “Kyoto-style” slow-drip coffee maker, a time-intensive process that’s designed to highlight the characteristics of individual coffee varietals. And the cafe will have a carbonator set up, allowing Oldani to serve house-made sodas, including coffee soda that’s made with a cold-brew coffee concentrate.

In terms of roasters, CRO will continue to serve Sightglass drip coffee and espresso drinks, but will also offer single-origin coffees from Linea Caffe at its pour-over station.

Because there’s room for a larger pastry case, the cafe will also expand its food offerings. There will be Authentic Bagel Company bagels, a wide variety of Starter Bakery pastries (beyond the three or four items stocked by every highbrow cafe in town), and a rotating selection of takeout lunch fare. The cafe doesn’t have a kitchen per se, so Oldani plans to feature grab-and-go items prepared by local food artisans and restaurants.

With the influx of upscale, gourmet-oriented food options in North Oakland, let’s not forget about all of the family-run holes-in-the-wall and tiny international markets that give many of the Town’s neighborhoods their charm.

During a recent trip to scout out the location of a new — and, almost assuredly, fancy — butcher shop and whole-animal restaurant coming to the corner of Broadway and 40th Street, I stumbled upon one such gem: Minto Jamaican Market (4042 Broadway). It’s a small, cluttered market, packed from floor to ceiling with just about every Jamaican food item that you can think of: Scotch Bonnet peppers, ripe plantains, frozen cured pig’s tails, canned ackee, and an assortment of cakes and buns. There are three whole shelves dedicated to various brands of Jamaican hot pepper sauce.

But for most customers, there’s one item that’s worth a taking a detour for: fantastic Jamaican patties, which are shipped in frozen from the well-regarded New York-based Royal Caribbean Bakery — but are baked in-house, so that you can snag one of these empanada-like pastries piping hot at almost any time of day for just $2.25.

Roughly the size and shape of an apple hand pie, the patties boasted a crunchy golden-brown crust and tasty, well-spiced fillings, and were hearty enough to make for a light lunch. The beef patty filling was surprisingly juicy, with a texture somewhat akin to refried beans. Just as enjoyable was the mixed-vegetable patty, which was like a hand-held vegetable pot pie with a kick.

According to owner Cleve Minto, the market also carries curry chicken, jerk chicken, and spinach patties. During my visits, only one or two kinds were in the oven at one time, so if you’ve got your heart set on a certain variety, it’s best to call ahead. All of the patties are available frozen.