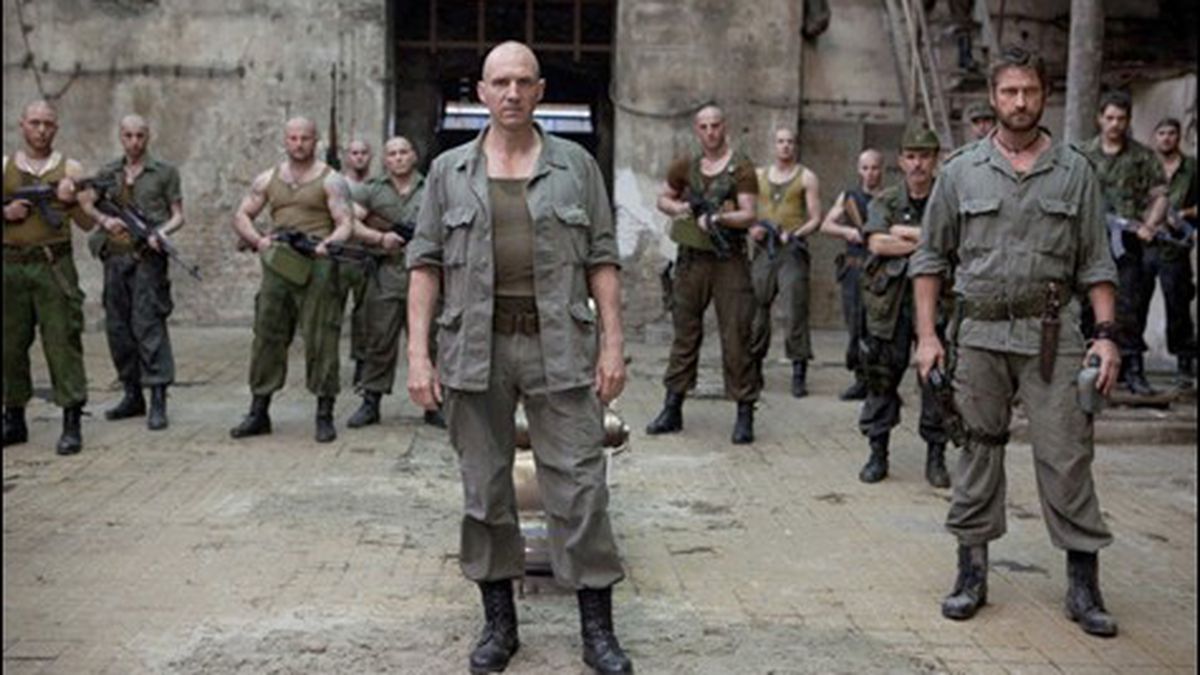 Ralph Fiennes gets the Shakes.

Ralph Fiennes’ Coriolanus may be the meanest, most foul-tempered piece of screen entertainment of the past year. That’s saying a lot in the current movie marketplace, stuffed to the rafters with greedy technocrats, homicidal spies, callous crooks, and slimy politicians. But William Shakespeare’s four-hundred-year-old tragedy about a fierce general turned autocratic anti-hero is a nasty piece of work even compared to Margin Call or The Iron Lady, let alone The Rise of the Planet of the Apes.

The scene is a “Rome” that never was, one of Shakespeare’s patented locales meant to reflect on Elizabethan England, but rejiggered by director Fiennes into a late-20th-century charred wasteland of civil war, terrorism, and ruthless leaders. General Caius Martius (Fiennes), a maniacal killer in uniform, is so adept at clearing the land of enemies that he is given the honorific title of Coriolanus and welcomed, cautiously, into the halls of Roman power. But his reach exceeds his grasp. Egged on by his mother Volumnia (Vanessa Redgrave), Coriolanus’ ambition for the post of consul runs afoul of the treacherous Senator Menenius (Brian Cox). The headstrong military man is ultimately banished from Rome to join the very rebels he once fought.

Whew. As if Shakes’ scenario weren’t busy enough, Fiennes and adaptor John Logan envision Coriolanus’ struggles in terms of a modern guerrilla war, with newsreel-style combat footage and televised appeals to the masses. The film was shot on location in Serbia and Montenegro, and makes good use of the war-weary Balkan landscape for its story of a warrior undone by his limitations. The resemblance between this Roman unrest and the late Serbian-Bosnian troubles is inescapable in any case. It suits the mood of the piece, and fits the expression on Fiennes’ grim, exhausted face.

The problem with Fiennes has always been to find the right vehicle. Nobody’s favorite screen personality, the sinister-looking 49-year-old leading man is better suited to character parts that take advantage of his chilly demeanor, the prime example being his sadistic Nazi commandant Amon Goeth in Schindler’s List. When Fiennes has been cast as a romantic lead (The Avengers, Maid in Manhattan), the pic flops — The English Patient notwithstanding. Lately, Fiennes has found refuge as a bugaboo in a string of juvie dungeons ‘n’ dragons spectacles, but the actor in him must have rebelled against the likes of Clash of the Titans and the Harry Potter movies. Anyone would have.

When Fiennes finally decided to take full control of his image, the intransigent fighter Coriolanus was a wise and courageous choice. Fiennes looks right at home hacking opponents with his trusty sword and getting steamed up by Cox and Gerard Butler’s rebel leader Tullus Aufidius. If the curse of Fiennes the actor is to be misunderstood, what better role than that of a forceful man of action with the same problem? Coriolanus is the best thing he’s done in years. Cox’ Menenius even offers a line that’s directly applicable: “This Martius has grown from man to dragon. He has wings! He’s more than a creeping thing.”

Special kudos to Fiennes for stocking his directorial debut with such scene-stealers as Cox, Butler, and Jessica Chastain, as Mrs. Coriolanus. But these pale in comparison to Redgrave and her volatile Volumnia, the force behind the strong man. Redgrave, a tempestuous 75 years old, is in the midst of a full-fledged career starburst, first with her powerhouse hamming as Elizabeth I in the otherwise forgettable Anonymous, and now as Volumnia, whose protestations of lust for power and devotion to her ferocious son can surely be heard from the land of the Volsci all the way to the Roman Senate. Redgrave and Fiennes create sparks in the midst of a thunderstorm and turn this curious Shakespearean adaptation into one of the past year’s richest guilty pleasures.

Kitchener Snack Bar Is Ready to Open in Uptown Oakland