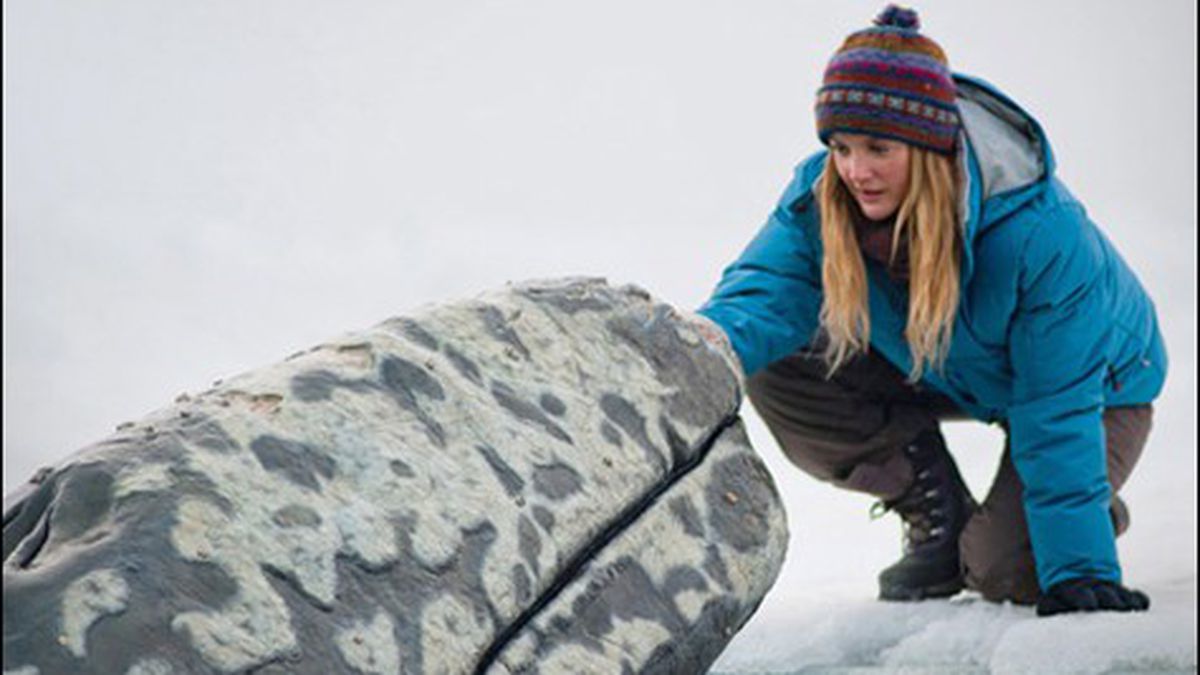 Whales do the darnedest things.

What is it about whales? As one character observes in Ken Kwapis’ charmingly satirical Big Miracle, the fearsome ocean-going leviathans also possess the qualities of gentleness and innocence — at least in the eyes of metaphorically minded humans. They’re sociable mammals, they sing, and they’ve been the subject of countless stories, from Jonah and Moby Dick to Free Willy. We’re ready to hug them before the movie even begins.

Big Miracle — not the world’s catchiest title — explains what happens when three gray whales, the last ones left behind by the winter southward migration, get trapped in the ice off Barrow, Alaska, north of the Arctic Circle. Fred, Wilma, and Bamm-Bamm (a young male; that’s how he got the name of Barney and Betty Rubble’s son) can’t break through the surrounding morass, and have to bob to the surface to breathe through a steadily shrinking hole in the ice as the sea freezes over. This actually took place, in 1988. Jack Amiel and Michael Begler’s screenplay is adapted from Thomas Rose’s book Freeing the Whales.

The local indigenous people, the Inupiats, at first are all for harvesting the three stragglers, but pressure is brought to bear on that plan when an independent TV newsman from Barrow, Adam Carlson (John Krasinski from The Office), shoots video of the endangered cetaceans and spreads the word. The first to arrive on the scene is a Greenpeace activist named Rachel Kramer (Drew Barrymore), coincidentally Adam’s ex-girlfriend. That’s all the help Fred, Wilma, and Bamm-Bamm really need. Barrymore, in full granola mode with righteous fire in her eyes, has seldom been so appealing onscreen. We understand that the whales are going to be saved (at least most of them) and that Rachel and Adam are going to get back together. But first there are real-world obstacles to overcome, like the tide of humanity that latches onto the whales’ plight.

A mega-rich oilman (well-cast Ted Danson) initially wants the whales off his property but soon changes his mind. A network newswoman (Kristen Bell) joins the swarm of tele-journalists descending on Barrow to cover the “awwww-some” story. A staffer from the Reagan White House (Vinessa Shaw) lights a fire under Old Carrot-Top. A National Guard officer (Dermot Mulroney) gets involved; so does the crew of a Soviet ice-breaker. And there’s that impish Inupiat kid (Ahmaogak Sweeney). Good god, it’s a warm-hearted version of Billy Wilder’s Ace in the Hole. Everyone has his or her reasons for helping out. The whales brought all these people together. Isn’t life wonderful?