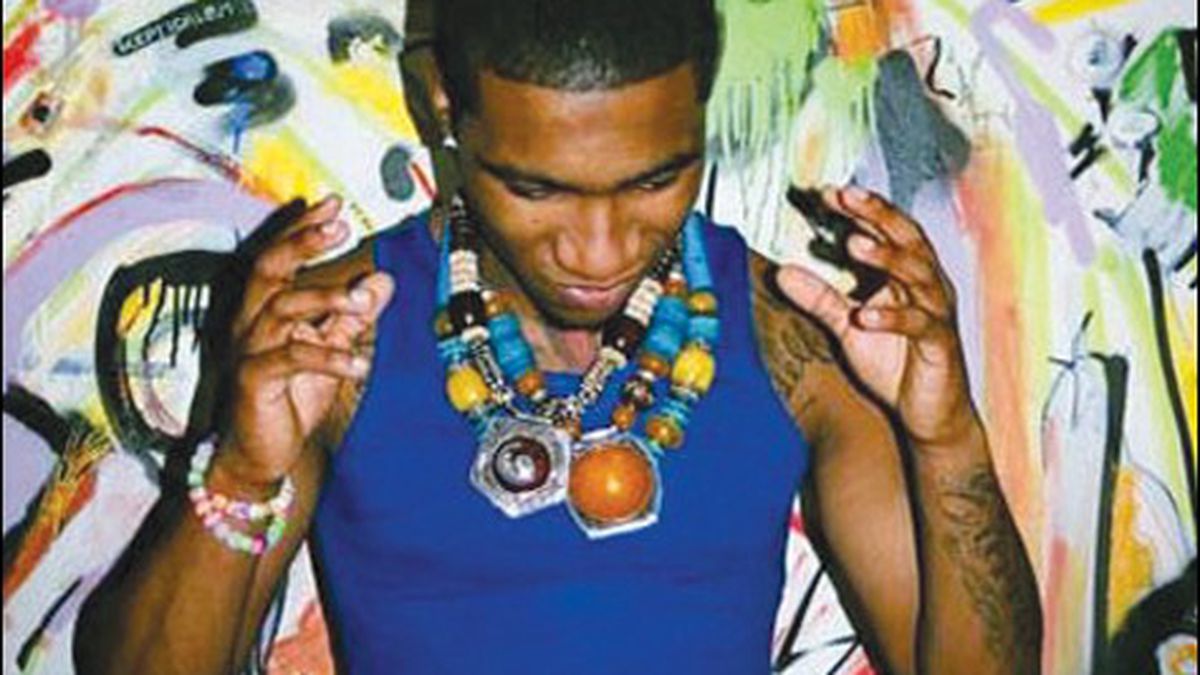 Cooking with Lil B

The rapper brings his swag — and other eccentricities — to San Francisco's Mezzanine club.

Trevor Walsh — Harvard alum, Facebook marketer, avid hip-hop fan — promised that he wasn’t the only person to show up to last Thursday’s Lil B show in cooking wear. Nonetheless, he stood out among the crowd of backpackers and ducktailed hipsters. Walsh, who is tall and strapping, sported an authentic chef’s smock — borrowed from a friend — and a wooden spoon. “You should have seen him at Coachella,” Walsh insisted. “People snuck in cooking spoons, ladles — fucking spatulas.” He smiled in mock self-assurance. “Other people are going to come in chef clothes, they just haven’t shown up yet. They know Lil B won’t come on till 2 a.m.”

“Cooking” is just one in a series of odd signifiers that Lil B has marshaled in building his own cult of fandom. It’s actually a dance, of sorts, engineered for the upper-body only. Members of the rapper’s entourage demonstrated during his set: You cup your left hand around an imaginary bowl, while making exaggerated stirring motions with your right hand. According to UrbanDictionary.com, the whole idea is that it looks good in front of a web cam.

But only a few other chefs — or rather, kids with cooking spoons — materialized during the show, which also featured sets by Brooklyn duo Ninjasonik, Jasmine Solano, and DJ Slowpoke. And by 11:30 p.m., Walsh couldn’t help but look slightly crestfallen. “@LilBTheBasedGod live in concert: A mix between a rap concert, a tourettes syndrome treatment facility, and a culinary academy” he tweeted, under the handle “Stevie Gerrard.” “Oh, wait,” Walsh said, admiring the tweet on his iPhone. “I forgot something.” He logged back on and added an appendix: “#Swag#Swag#Swag.”

Even from the performance at Mezzanine — which yielded an underwhelming turnout of about six hundred — it was obvious that Lil B has the potential to be a major star in hip-hop. Or, at least, a major personality. He’s already one of the most overexposed people in the Bay Area, a self-made Internet performance artist who boasts more than 190,000 followers on Twitter, and more than 60,000 tweets. A child rap-star-turned-provocateur, he shocked audiences at the Coachella music festival after announcing the title of his forthcoming album, I’m Gay. In the last couple weeks, he’s fielded death threats, defended the title in magazine interviews, and prompted a response from GLAAD, whose spokespeople remained cautiously optimistic. (The organization told XXL magazine that it hopes Lil B is making “a sincere attempt to be an ally.”) Promising that it’s not just a ruse (he insists he’s heterosexual), the 23-year-old rapper explained that there are multiple definitions to the word “gay.”

But that wasn’t a major issue at the Mezzanine show, which was, by turns, intoxicating, perplexing, and excruciating. The real Lil B is a small, taut, boyish man with saggy jeans, a skin-tight T-shirt — tight enough to see the contours of his chest muscles — a bejeweled ring, and a gray hooded sweatshirt. He also wore big dark sunglasses and made a big deal about taking them off. He regarded audience members both as friends (“I feel like I’m with my family out here,”) and as intrusive paparazzi (“I don’t show my face; this is a rare appearance”). He flinched and covered his face when some admirers in the front row started snapping photographs.

To anyone not familiar with the cult of Lil B, the show might have seemed surreal. The rapper’s followers aren’t so much regular fans as veritable devotees. They show appreciation by wearing culinary suits, waving spoons, and appropriating Lil B’s made-up language. Their favorite word used to be “based,” but now it’s “swag.” An all-purpose hash tag, it can denote approval — as when a man and woman began dry-humping by the restroom at Mezzanine, and a crowd of people gathered around them, shouting “Swag!” Yet it can also serve as a boast, a way of carrying one’s self (“He got swag!”), filler between sentences, or shorthand for an entire “movement” — with an obvious antecedent. (Hint: It rhymes with “lifey.”)

Emcees Telli and Reverend McFly of Ninjasonik might qualify as adherents, although they don’t have the edginess of Lil B. Their set was conventional, by comparison. They rapped breezily over an instrumental cribbed from M.I.A.‘s song “Born Free,” cycled through bits of their own catalog, and plucked three girls from the crowd to dance onstage. They also invited Solano up to perform her single, “That’s Not It,” a saucy retort to a would-be suitor. Pretty and raunchy, she could have easily been the highlight of the night. But she wasn’t.

Lil B’s set was wildly different from both openers, which probably surprised no one. He started off with a series of songs with bubbly, chant-like lyrics (e.g., I’ma fuck your bitch/I’ma fuck your ho), threw a sneaker into the crowd, and launched into his viral hit “Ellen Degeneres,” a backhanded ode to the famous lesbian talk-show host. Like most songs in the rapper’s oeuvre, it’s stuffed with borderline-incomprehensible lyrics, veiled innuendos, and the illusion of deeper meaning which may or may not exist. Much has been made of the fact that Lil B pronounces DeGeneres as “Degenerous.”

Most fans caution not to take Lil B too seriously. His raps are coarse, repetitive, and lewd almost to the point of being sadistic — a quality that’s easy to overlook if you’re just sifting through videos on YouTube, but profoundly unappetizing in the context of a live show. There’s a “ho” or a “dick” in practically every line, usually separated by a single preposition. There’s a lot of hyperbolic boasting. Lil B describes himself, alternately, as “a pretty bitch,” “a faggot,” and “Jesus.”

An apologist might point out that he isn’t the first rapper to traffic in braggadocio, or invite a “bitch” to sit on his dick. Fair enough. All the same, there’s something alarming about the amount of pornography in his lyrics and the cavalier tone in which they’re delivered.

Yet the psychological violence of Lil B is different from the shallow violence of other rappers. His 75-minute set didn’t have the regular tropes of a hip-hop show. He didn’t smoke blunts or bring girls onstage. From all appearances, he didn’t even finish any of his songs. Rather, he’d periodically order his DJ to cut off the music so he could sermonize about the importance of going-it-alone and defying your haters. He caviled, without explanation, against “those wizards in the government,” paced the stage, and demanded water but didn’t drink it. He took a break midway through his set to play other people’s music — not just instrumentals, but full-fledged songs by Mob Figaz, The Luniz, and his former group The Pack (one of whose members, Lil Uno, got onstage for the show’s finale). He rapped along with the prerecorded tracks like a person listening to headphones. He seemed to shut the audience out.

At one point, Lil B took his glasses off and gazed at the audience. “I want everyone in the room to close their eyes and take a deep breath,” he directed, as audience members stared back, blankly. “Breathe in.” He paused and sucked air in his chest. “Breathe out.”

The audience grew impatient. “Swag!” someone shouted, with a note of urgency. A member of Lil B’s entourage began making calls on his cell phone. For his part, Lil B seemed blithely unaware of everyone around him.

It takes a very strange rapper to lead a group meditation session, midway through his show, without breaking character. But in a way, it showed why bloggers and music critics have become so endlessly fascinated with Lil B. Perhaps he’s both a pretty bitch and a hopeless romantic. Maybe he’s just gay.