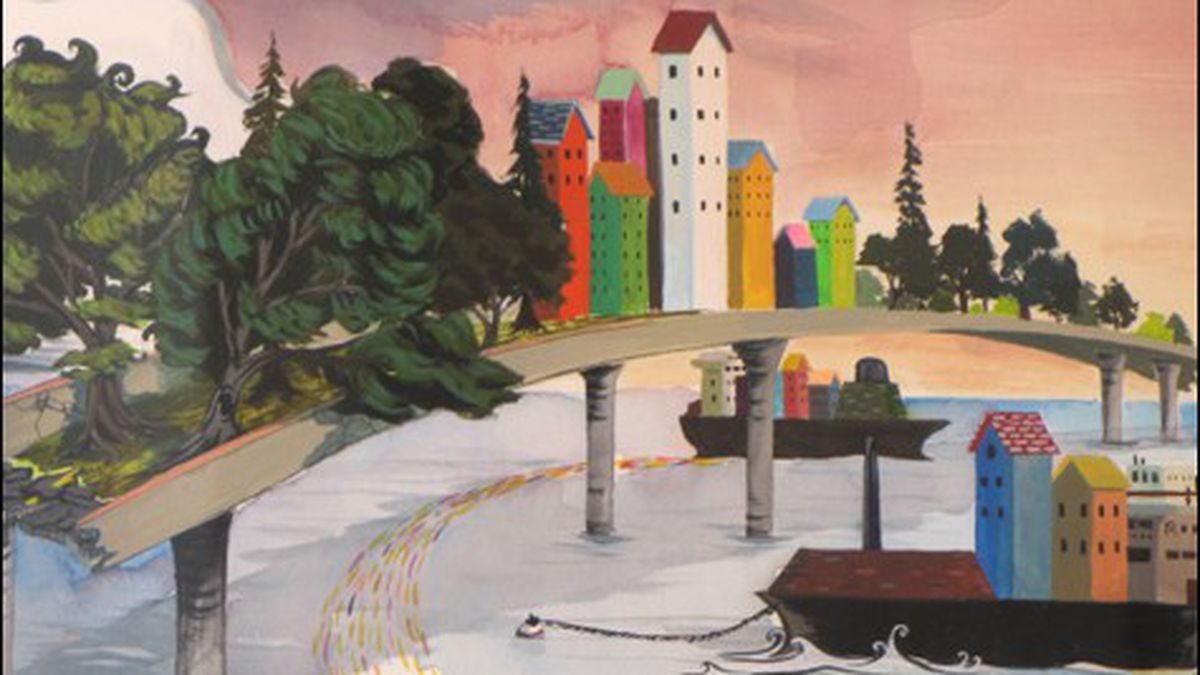 Containment Vessels at the Compound

Tuzzi sees the Golden State mythically. We live inside “a vast solar system of mythologies … spiritual and electric,” a dynamic, delirious, freewheeling “dreamscape” comprising “paradisiacal blueprints” and “cosmic architecture.” Night driving, rock ‘n’ roll, and getting high are also among our cherished freedoms, her poetic rebuses seem to suggest. In “Let’s Get Stoned and Listen to Motown,” a minivan decorated with a large painted rose is paired with lovingly rendered album liner notes and diagrams on the doobie ceremony. In “Kickin’ Hippies’ Asses and Raisin’ Hell,” a truck camper shell sprouts an ungainly tower of barnlike additions, variously decorated with starry night skies and various symbols. In “1967,” the names of The Beatles and The Beach Boys are stacked like blocks into a pyramid surmounted by an uroboric serpent swallowing its tail, forming a figure-eight infinity sign. Tuzzi explores the rolling-tower habitat idea further in a trio of sculpted balsa-wood Babels perched atop metal toy trucks — high-clearance buildings (bearing flag, night-sky, and infinity symbols) from low-gravity dreams.