.Common Household Products May Be Linked to Kids’ Behavior Problems

Insecticides commonly used in households may be associated with behavior problems in children, according to a new study. Conducted by researchers in Quebec, the study is one of the first to investigate potential human health effects of pyrethroids, which are used in more than 3,500 commercial products, including flea bombs and roach sprays.

The findings raise some questions about the safety of the compounds, which have replaced other insecticides with known risks to children’s brain development. Exposure to pyrethroids, which kill insects by interfering with their nervous systems, is widespread because they are used inside homes and schools, in municipal mosquito control, and on farms. 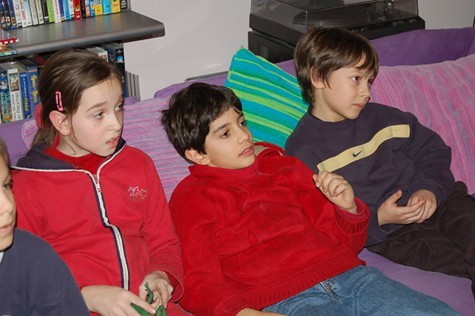 In the study, the urine of 779 Canadian children between the ages of 6 and 11 was tested, and their parents answered questions about each child’s behavior. Ninety-seven percent of the children had traces of pyrethroid breakdown products in their urine, and 91 percent had traces of organophosphates, another class of pesticides.

A ten-fold increase in urinary levels of one pyrethroid breakdown product, cis-DCCA, was associated with a doubling in the odds of a child scoring high for parent-reported behavioral problems, such as inattention and hyperactivity.

The researchers reported that there have been few other studies investigating neurobehavioral outcomes associated with pyrethroids.

Use of pyrethroids has increased dramatically in recent years because they have replaced organophosphate pesticides, which are being phased out due to concerns about children’s health. Prenatal exposure to organophosphates has been linked to neurodevelopment delays, lower IQ scores, and attention problems.

Permethrin and other pyrethroids have been widely touted as safer than organophosphates because they are a synthetic adaptation of a compound found naturally in chrysanthemum flowers.

But there is very little data on the potential health effects of pyrethroids in children. One study of 348 mother-child pairs in New York City found lower development scores in toddlers who had been exposed to pyrethroids in the womb. In studies with young laboratory animals, low levels of some pyrethroids have affected nervous system development.

“Children are at greatest risk from pesticide toxicity because the developing brain is more susceptible to neurotoxicants and they interact with their environment in particular ways such as frequent hand-to-mouth behavior and outside play,” the study authors wrote.

The study does not prove that pyrethroids cause behavior problems, but the authors said their findings suggest that more research is needed to determine their potential effects on children.

A longer version of this report was originally published by EnvironmentalHealthNews.org

Next ArticleMonday Must Reads: Anti-Transgender Measure Headed for Ballot; Warriors’ Plans for San Francisco Arena to Go Before Voters