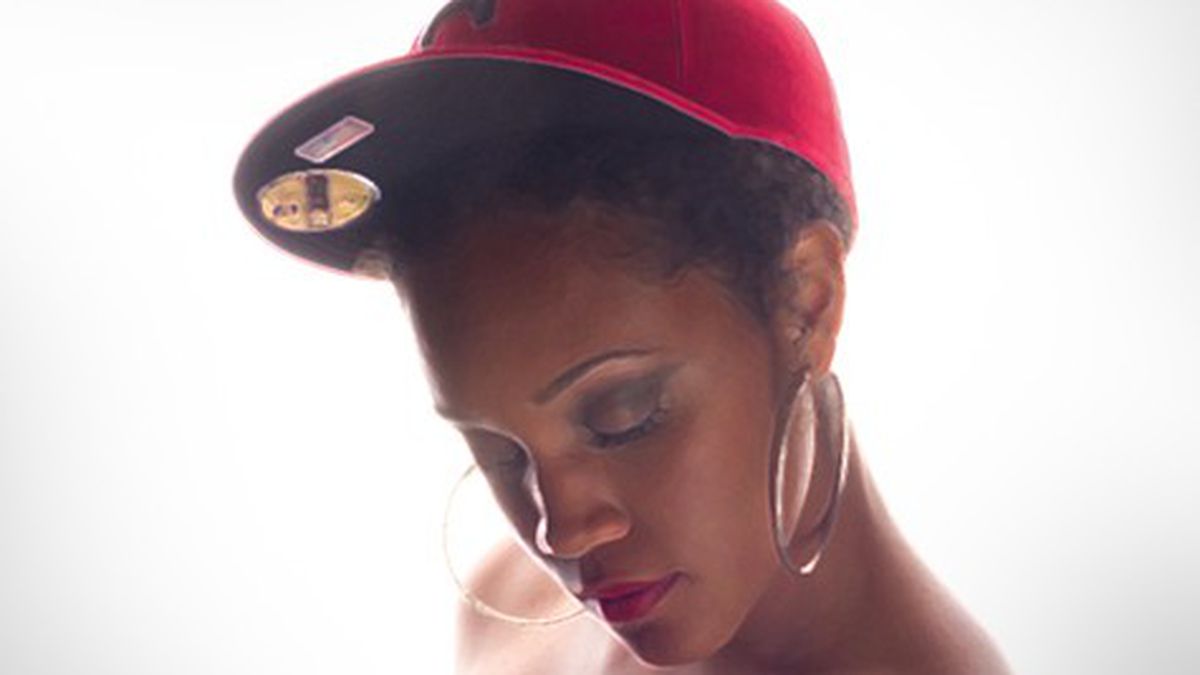 The Oakland poet's new Dated Emcees chronicles her adventures as a young woman in the heyday of hip-hop.

Chinaka Hodge sometimes calls herself the Forrest Gump of hip-hop. The Oakland native and acclaimed poet grew up in that genre’s culture, serendipitously rubbing shoulders with some of its biggest influencers along the way. Now, she’s channeled that experience into her second book of poetry, Dated Emcees, which City Lights released last week.

The first poem in the book is the titular piece. And it does describe aging hip-hop heads, as the naming suggests:

Sure whatever, old dudes rocking old fits in new york on this / twenty third day in autumn smoking loosies / and spliffs outside the stage door of symphony space / you know. high. art.

And they’re surrounding her, too, in an impromptu cypher. She’s eighteen and gangly, asked to prove her talent. Then, as always, one of those grey-haired, golden-era (actually older than my father) guys decides she’s desirable (sexable if perhaps groupie) and passes her his business card. It reads, “positive k: rapper.” So, ever proving her way with words, Hodge spits back the title of the OG’s 1992 hit song: “I Got a Man.”

As a young woman, Hodge frequently found herself in those situations. She discovered her voice early on through slam poetry. By the time she was eighteen, she had been featured twice on Def Poetry Jam. She was in the thick of it, and that meant situations like the true story described above: Ones in which she was expected to defend her presence, yet was always dodging inappropriate attempts to snatch her up. “All of that happens, all of that space is space that women have to occupy in hip-hop,” she said in a recent interview.

That’s the earliest poem in the series, which Hodge wrote over the span of ten years, a period that she referred to as her “extended adolescence.” (It continued to age 31, she admitted.) The series, which is both autobiographical and fictional, reflects the title in the sense that it’s filled with references to aging emcees. But also in the sense that it’s about Hodge’s experience literally dating emcees — everyone from basement openers to stadium headliners.

It’s always in question, though, whether the narrator is referring to someone she’s actually dated or simply a rapper whose records she reveres. And through that ambiguity, Hodge forms an in-between area of affection — where love for your man and love for your favorite artist can be a similar sentiment, blurring the distinction between girlfriend and groupie. But the real hook is that, in laying out her unconditional love for both Black men and hip-hop, Hodge also reserves space to critique gender roles and power dynamics in the accompanying culture, bravely allowing those two stances to exist in the same emotional choreography.

“I think so much of hip-hop is about the commodification of women’s bodies, cast aside very easily, used as sort of fodder to attract people to a music video,” said Hodge. She went on to mention the way that groupies are both necessary but cast aside at a show. And in poetic form, she illustrates that complicated lack of visibility. “Everywhere a woman should be, I either put an image or an absence,” she said. “And, I think that’s what hip-hop does as well.”

Overall, Hodge’s technique reflects a kind of pointed ambiguity by forming a mixture of traditional poetry, spoken word, and rap. Her poems come in haikus, sonnets, ninettes, and so forth, but they also mimic the cadences of certain rappers’ flows, and reflect an unabashed dialogue with popular culture. (Take “Lose Yourself,” for instance, the intimate poem in which she likens her mother to Eminem.) The entire book is laced with clever homages that also function as formal experiments. For example, “2pac couplets” offers two lines for every year of the rapper’s life and a title that sounds like 2pacalypse if you slur. And although that could come off as gimmicky, Hodge’s writing is mature and expertly affecting, with a voice so soulful and clear you can hear her performing each poem in your head.

Dated Emcees includes 25 poems because that’s how many songs go on a double album. And the book takes about an hour to read in full, the approximate length of an album as well.

“You know the experience you used to have, when you picked up a CD, and you put the thing in and you read all the liner notes?” said Hodge. “This is kind of like a liner notes to an album that never came out.”