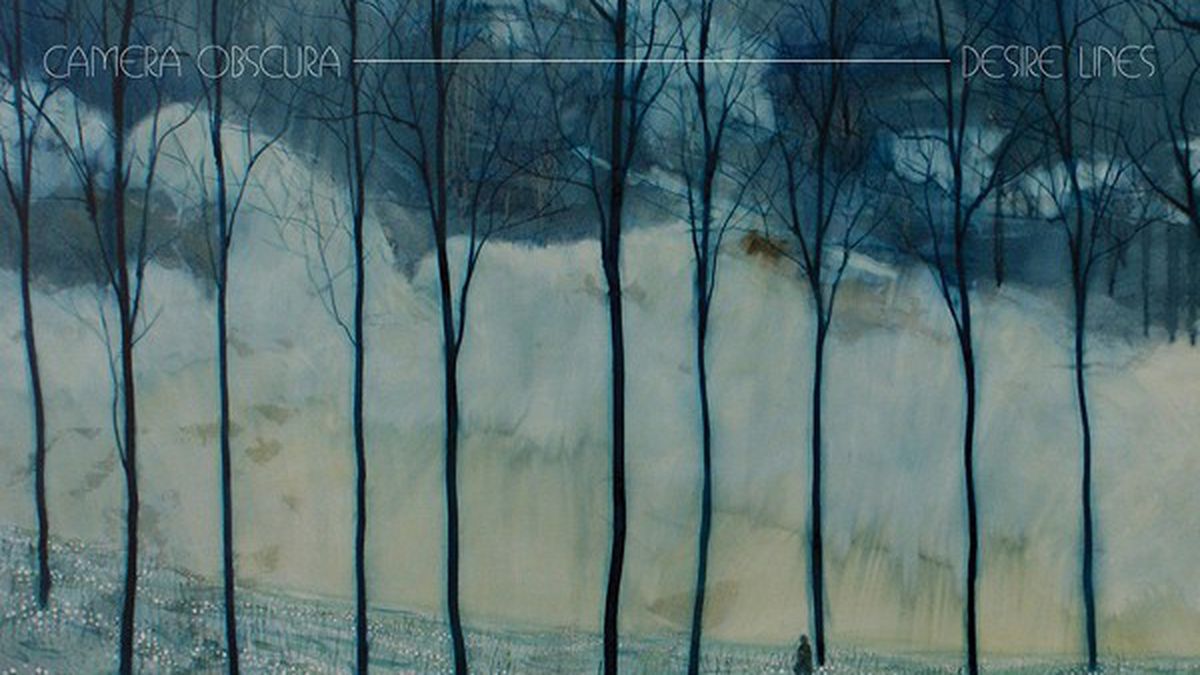 In its seventeen years as a band, Camera Obscura has managed to consistently capture the bittersweet longing and wry humor of youth without sounding derivative of its earlier work. On it its fifth record, Desire Lines, Camera Obscura has honed in on what it does best: pop songs that are wrapped in lush melodies and are catchy, cool, and often incredibly sad.

Camera Obscura took a two-year break in between its last album and writing Desire Lines and returned to the studio with honest, exhilarating songs rooted in adult themes: watching television, being too tired to go out, enduring aching tedium and relentless heartbreak. And unlike a lot of the melancholic ballads of the band’s previous albums, these songs are believable. They’re aided by production that sheds some of the hazy reverb in favor of string arrangements, acoustic guitar, and airy percussion. The upbeat tracks “Do It Again” and “Troublemaker” pair jaunty, Sixties-style guitar with fuzzy synths as lead singer Tracyanne Campbell belts out lyrics about screwing up but not losing hope in the process. Neko Case’s backing vocals only enhance the gorgeous harmonies on “Troublemaker,” and she lends a slight country feel to the effervescent “Every Weekday,” the introspective “New Year’s Resolution,” and the folksy break-up ballad “Fifth in Line to the Throne.” The loungey horns and soft-rock guitars on “I Missed Your Party” sound a little too adult contemporary, but it’s a minor misstep on an otherwise flawless album. (4AD)