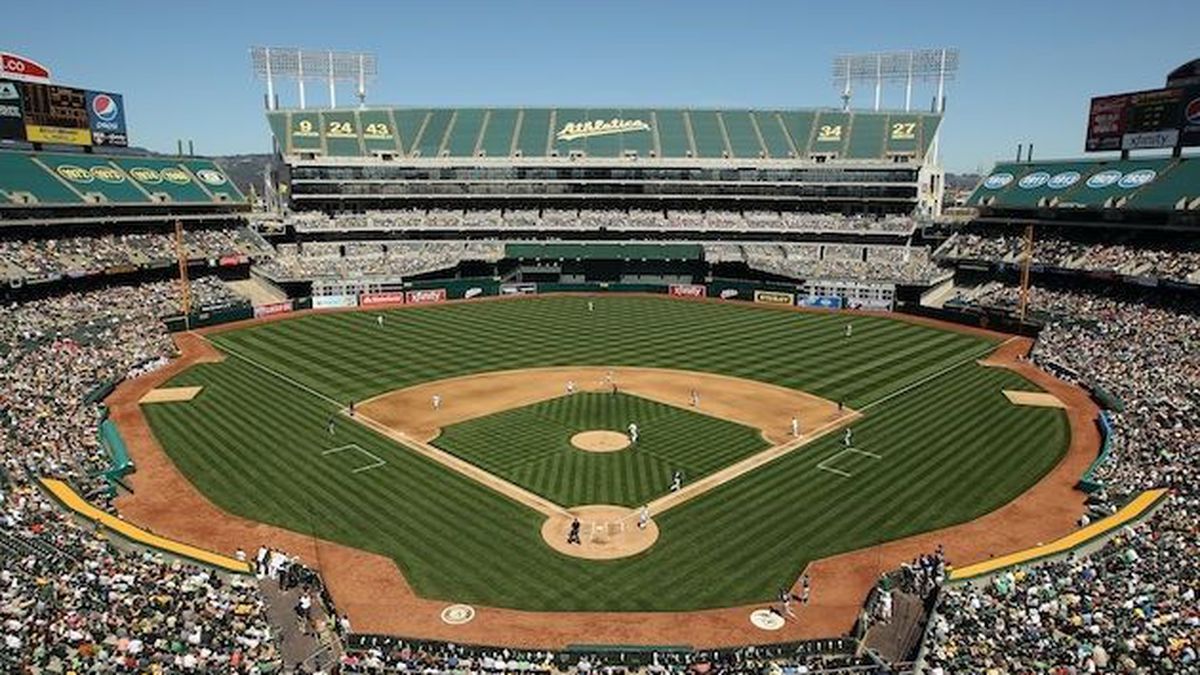 Call them the Oakland ENA’s

As the A’s explore two Oakland sites, local leaders also should pursue dual tracks: Agree to deal exclusively with the team at Howard Terminal and the Coliseum, while negotiating a higher price from the A’s for sale for the Coliseum.

Opening Day in Oakland was worth the six-month wait, as the hometown A’s on Thursday scratched and  clawed their way back from a 4-0 deficit to snatch a 6-5 victory from the Angels in thrilling walk-off fashion. The game’s nail-biting drama offered a lot more fun than the A’s’ nearly quarter-century-long search for a new ballpark.

That saga took yet another surprising turn on Monday, when A’s President Dave Kaval sent a letter to Mayor Libby Schaaf requesting an exclusive negotiating agreement (ENA) to discuss building at both Howard Terminal and the Coliseum — the A’s’ home since 1968. The A’s also publicly announced an offer to buy the 120-acre Coliseum site for $135 million.

That series of moves raised lots of questions such as:

On which site will the A’s build the ballpark? Would the dual ENAs merely allow the A’s to pursue both stadium sites at the same time, without having to worry about losing one of their land options to a red-hot Oakland real estate market? Or are both sites connected? If the A’s choose Schaaf’s preferred ballpark site on the Oakland waterfront — Howard Terminal — will Kaval and the A’s then develop the swath of Coliseum land to help privately finance their new baseball palace near Jack London Square?

City and county politicians must lead on this issue to help the A’s and the community find the best answers to those questions.

This longstanding dilemma must finally be solved, if only so the elected officials can keep their focus to other pressing matters and long-suffering East Bay fans can return to happily watching baseball — which, some of you may recall, is supposed to be a care-free endeavor.

Years ago, it upset me the first time I heard the rumor that the A’s might leave Oakland. That was 1994. Yes, 24 years ago.

So, like most longtime A’s fans, my view on new ballpark talk careens between hope and exhaustion. I suspect the same is true for Oakland and Alameda County politicians, who’ve already been burned twice by Al and Mark Davis and the Raiders. As a community, however, we can’t let fatigue cloud our judgment. I prefer the Howard Terminal site because it holds the most potential to benefit Oakland’s urban planning, boost the city’s tax revenue, and transform the A’s franchise. And if the A’s must be handed the keys to developing the Coliseum area in order to make that vision a reality, then it should be done — assuming they pay close to market rate for the Coliseum land.

Kaval and the A’s know that several other builders are interested — ‘salivating’ might be the better word — in developing the large Coliseum site. Alameda County Supervisor Scott Haggerty told the San Francisco Chronicle he believes the A’s, who have called the Coliseum home for 50 years, should be given first dibs on the East Oakland property. I agree, especially because the A’s keep offering to privately finance their stadium and are the only Oakland pro team that wants to stay in The Town.

In Oakland, we can’t let past failure on sports stadia stymie our future success. And we sure as hell shouldn’t let our low civic self-esteem — born from decades of unfair comparisons to that other city across the Bay Bridge — become a self-fulfilling prophecy. Like any other city, we deserve the best things, too, whether we’re talking housing, schools, public safety, restaurants, the performing arts, or, yes, a ballpark. Here’s to hoping that East Bay leaders and team officials continue working together to identify the best pathway that one day leads to a shiny stadium of which we all can be proud, ending the uncertainty that has long plagued the city and the A’s franchise.

Kaval and Schaaf reportedly met earlier this week to discuss the ENAs and team’s overtures to buy the Coliseum. The Oakland City Council and the Alameda County Supervisors must approve the Coliseum ENA, while the Port of Oakland Board of Commissioners is tasked with approving the Howard Terminal ENA. I encourage each of those government bodies to do so. Stay tuned for future developments. This community knows exactly how to do that — after all, we’ve had 24 years of practice. …

One benefit of the A’s privately financing a new ballpark at a non-Coliseum site: Saying goodbye to the JPA.

The city-county government body has managed the Coliseum since 1995, and current JPA members are smart, hard-working leaders who do their best. But even city and county leaders lately have said Oakland should buy out Alameda County from Coliseum ownership, and that’s all you need to know. That’s their tacit admission that the JPA structure has not worked in effectively managing the Coliseum, where two of its three pro teams are scheduled to leave by 2020. Having the A’s privately build and run their own new stadium at Howard Terminal by 2023 would be a great way to let the JPA fade into the sunset. …

There were so many positive moments in the sunshine on Opening Day at the Coliseum — including the presence of A’s legends such as Tim Hudson, Jose Canseco, Gene Tenace, and Rollie Fingers; the unanimous thumbs-up from fans at the Treehouse section in left-field; and the extra-innings walk-off victory in front of jubilant fans.

Given all of that, I was surprised that some locals decided instead to focus on the team’s failure to sell out the game.

Look, A’s fans have watched three consecutive 90-loss seasons and 20 years of Billy Beane trading fan favorites and spent the years of 1995-2016 watching past team owners tell Oakland fans to take a hike because they want to move. So, it’s going to take some time for fans to reconnect with the A’s franchise.

If the Green and Gold keep winning games and making progress on that new Oakland ballpark, A’s fans new and old will come back to the Coliseum. They most definitely will come.