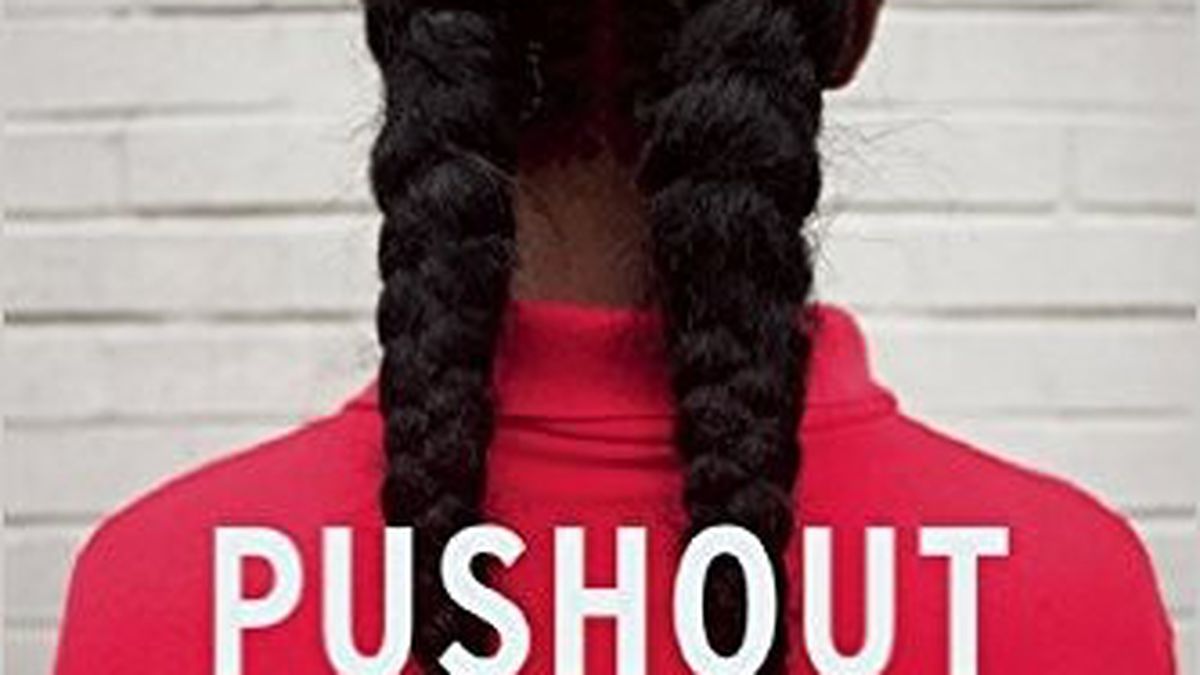 But What About Black Girls?

In her new book, Pushout: The Criminalization of Black Girls in Schools, Monique W. Morris takes an intersectional approach to dismantling the school-to-prison pipeline.

Bay Area author and social justice scholar Monique W. Morris’ new non-fiction book, Pushout: The Criminalization of Black Girls in Schools, begins with a description of the day that Morris met a girl named Danisha. It was 2001 and Morris was at a juvenile detention facility to hold a discussion about her recently released novel, Too Beautiful for Words, a sad story about a young, Black, Oakland girl who gets lured into an exploitative sex-trafficking scheme. During the discussion, a dark-skinned, baby-faced girl stood to introduce herself: “Well, my name is Danisha, and I’m eleven years old,” she said. “And I’m a ho, that’s what I do.”

The exchange has haunted Morris ever since, and was only one of many that eventually motivated her to write Pushout. “Since that day, I have encountered many more Danishas in and out of detention facilities — girls struggling to overcome the exploitative conditions of poverty and abuse, who roam hallways and streets wondering if anyone really cares about their well-being,” Morris writes.

Morris is a native San Franciscan who has for a long time been producing scholarship centered at the intersection of race, gender, and the criminal justice system — specifically, working with youth whose lives have been derailed by disciplinary confinement. While she was writing reports for the National Council on Crime and Delinquency, she decided to write a novel in order to creatively channel some of her feelings toward the content of her work. Furthermore, she saw the novel as a way to reach audiences that wouldn’t normally read her dense scholarship. Indeed, Too Beautiful for Words became popular among girls in juvenile detention centers, and Morris found herself entering those spaces as an author rather than a researcher, having more intimate conversations than she had been able to before. “Especially with the girls who had been commercially trafficked, a lot of them had read the novel,” Morris told me in a recent interview. “So they trusted me differently to handle their stories and to not judge them and to try to explore paths out of this life.”

It was at that point that Morris began to realize the extent to which girls’ narratives were being excluded from the rising national conversation about the “school-to-prison pipeline” — a term that refers to the institutional policies and practices that push America’s most at-risk students out of schools and into the juvenile and criminal justice system, employing incarceration where better education is needed. “We haven’t really engaged the particular vulnerabilities of girls,” said Morris, “So we masculinize their experience by only responding to the school-to-prison pipeline in terms of what’s happening to boys.”

Beginning in 2011, Morris interviewed over one hundred Black girls across the country for Push Out, determined to amplify their voices and represent the wide range of ways in which girls are pushed into confinement. And in the book — which masterfully sways between quoting their narratives and dismantling the specific practices, policies, biases, and stereotypes that work against them — the girls’ voices feel searingly present. Even those who would consider themselves well-informed youth advocates will be astounded by the stories, which lead one to realize the extent to which reports on the subject often speak in place of girls — effectively silencing their personal perspectives.

Halfway through the book, Morris brings up Jennifer. The then sixteen-year-old Bay Area youth had not been to school in three years when Morris interviewed her in 2013. She had been in and out of foster care since she was young and was known for running away from homes. When she was twelve, she was already a rape survivor, and her rapist was forcing her to sell her body. At school, she was bullied by other students for not having nice clothes, and at her various foster homes she was made to feel worthless. “[They] told me I’m stupid and never going to be anything. And I believed it, and so that’s when I went back to prostitution,” she told Morris.

When Jennifer decided to “run the streets” instead of going to school, her teachers never called her foster parents. And when Morris asked her if anyone had ever attempted to help her, she said: “No. Nobody really helped me… so all this stuff I go through, I go through myself. I encourage myself.”

Rather than centering solely on the failure of schools, Morris’ book is adamantly focused on girls and their experiences (and from a decidedly intersectional lens, meaning that ‘Black girls’ includes youth questioning their gender, Black Latina girls, and many other iterations of the identity). It’s about the multitude of complex ways in which, from a young age, social conditioning inside and outside the classroom works to convince many young, Black girls that school is not the place for them.

Each chapter is primed with a nursery rhyme. One example reads: Mama’s in the kitchen burnin’ rice / Daddy’s outside, shootin’ dice / Brother’s in jail, raisin’ hell / Sister’s on the corner, sellin’ fruit cocktail… The inclusion of the rhymes succinctly hones in on how damaging pervasive assumptions about Black identity can be. “I grew up in California. I knew people who grew up in Detroit. We were singing the same songs priming us for victimization,” said Morris. “There’s a lot of stuff that’s packed into how we prime our girls in particular to prepare for this life of victimization and struggle that I wanted to explore because by not exploring it … it’s left to fester.”

And Morris explores those assumptions with gripping expertise, exposing the way that Black girls are often stereotyped in America. For example, she unpacks the trope of Black girls as having “attitude” and being seen as loud, disruptive, or threatening when, in fact, they are reacting to harm. Often compounded by the notion of being “ghetto,” this stereotype works against them in both schools and broader contexts, causing the adults in power to see them as deserving of criminalization. “As adults in this community, we have a responsibility to enact policies and practices that respond to that harm and seek to repair that harm — not to punish the girls for learning that harm is the way to deal with issues because they have been harmed,” said Morris.

For that reason, there are sections of Morris’ book that are explicitly meant to educate adults — parents, teachers, and policymakers — about their own implicit biases so that they can begin to correct the way they relate to Black girls. But, most of all, Morris wrote the book for the girls whose stories are presented within it and the thousands of others out there having similar experiences. “I want them to understand that they are sacred and they are loved,” said Morris. “… and I want the concerned community of adults that are working with them to understand the exact same thing: That our girls are sacred and our girls should feel like they are loved.”